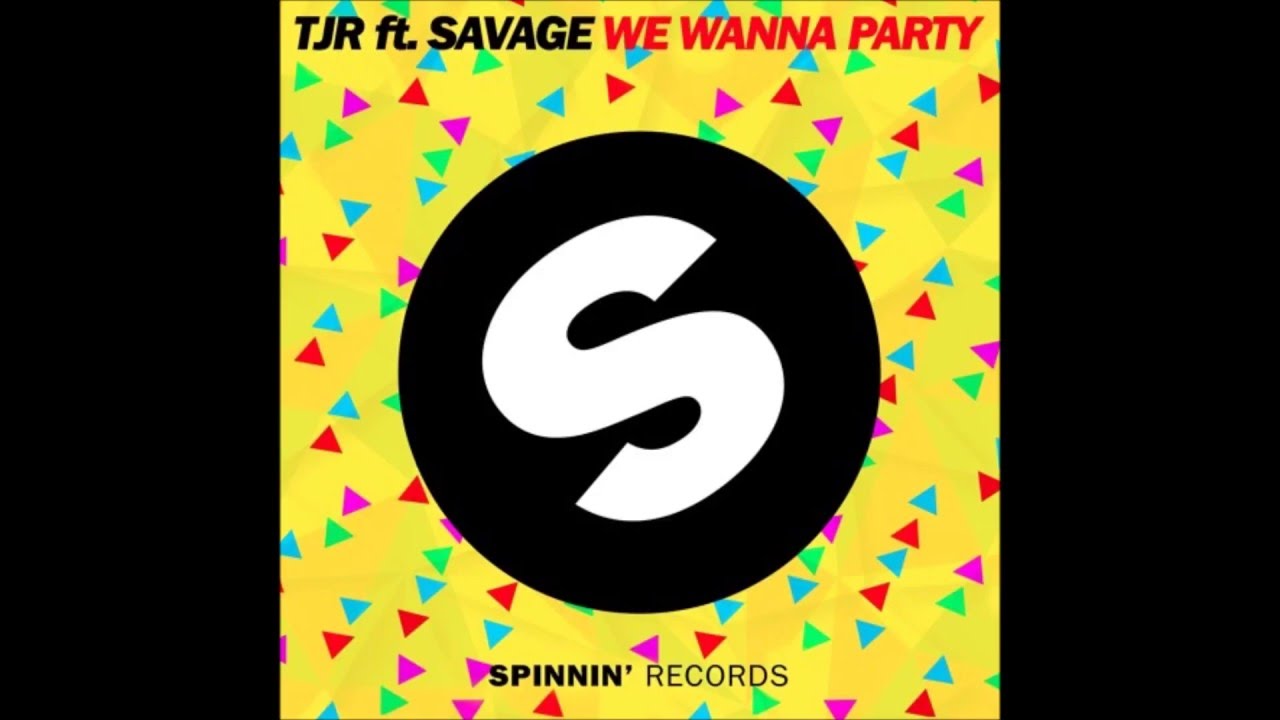 There is nothing more satisfying than a track that makes you wanna get up, dance, socialize, and lose yourself in the pulse pounding beat. And TJR‘s new bounce track “We Wanna Party”, released on Spinnin Records does all that and more.

With vocals by Savage invoking the party animal in all of us, this track will be one on every main stage DJ’s set list this summer. “We Wanna Party” has received major support from Dimitri Vegas & Like Mike, David Guetta, Rehab, Quintino, Laid-back Luke, and Bassjackers. Pretty impressive when you have the hottest DJ’s in the scene placing their attention onto your track.  Check it out and wherever you may be right now, I challenge you to have a dance party!

“This track was inspired by 2 Live Crew and my love for bounce music. Plus Savage knocked out the vocals. Perfect tune to interact with the crowd at the festival or the club”. – TJR

Check out the Official Music Video for TJR ft. Savage – We Wanna Party on YouTube:

Now that we got you up and moving let’s get to know the man behind the music. If you didn’t already know, Connecticut’s own TJR is best known for having 3 Beatport overall #1’s, multiple hits, and Platinum status. These include ‘Funky Vodka’, ‘What’s Up Suckaz’, ‘Bounce Generation’, ‘Ode to Oi’ and ‘Don’t Stop the Party’. If you are craving a MainStage Bounce anthem, look no further than TJR. His energy and “ready to party” spirit is infectious, allowing ‘We Wanna Party’ to fit right in with his persona and mission. Jumping into the scene in 2008, TJR can be seen spinning and scratching live, giving his audience a taste of what true DJing is all about. He does not pre-program anything and is alway growing and shaping his skills so that he can dish out the very best for his faithful fans at every live show. I would certainly suggest that if you have never had the opportunity to check this guy out at a show, do yourself a favor and make it happen. You won’t be disappointed.