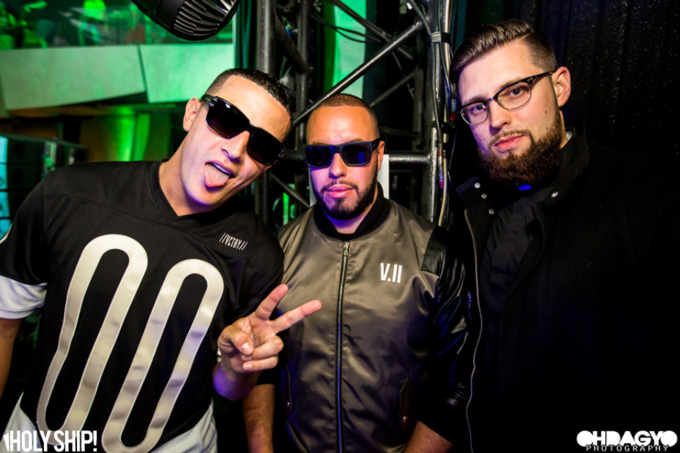 DJ Snake, Tchami, Mercer, & Malaa have announced the Pardon My French tour that will take over six U.S. cities – Chicago, Detroit, Dallas, Philadelphia, Washington, and San Francisco. This French foursome has been creating quite a storm with their recent collaborations as well as the unknown identity of Malaa.

Tickets will officially go on sale Friday, February 26 at 1pm EST, but be on the look out for individual city pre-sales as San Francisco tickets go sale at 10am TODAY (2/25) via Another Planet. Pre-sale password is “french” and tickets can be bought HERE. 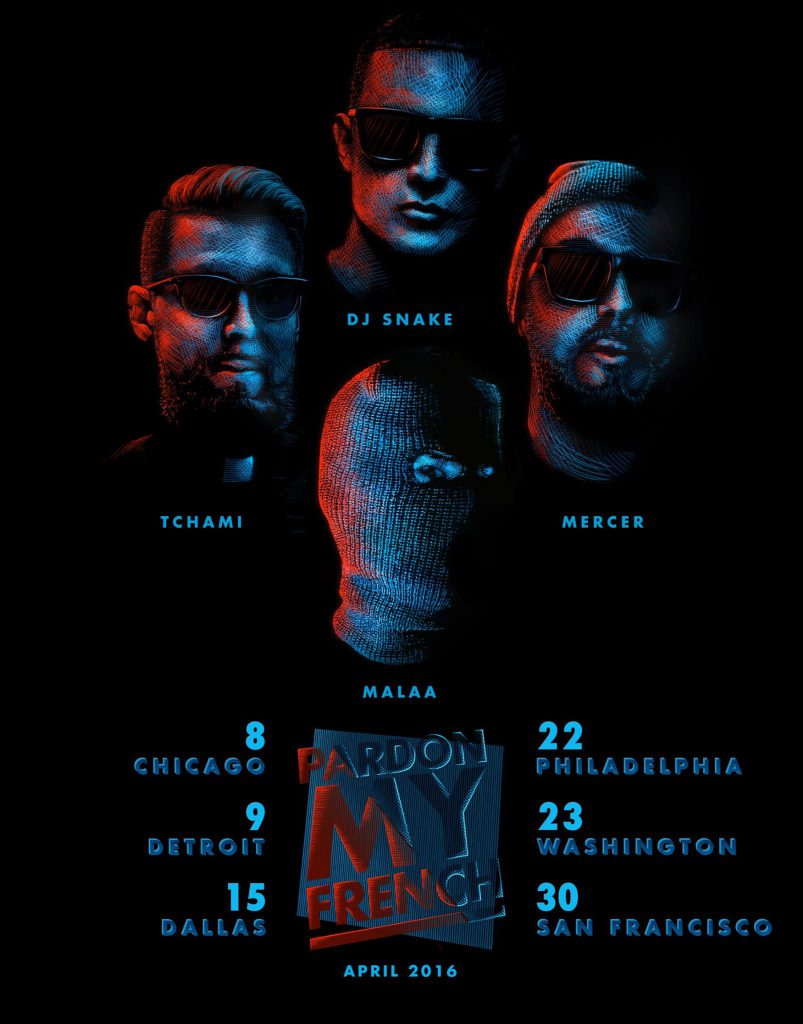 About Pardon My French

Grammy-nominated French DJ and producer DJ Snake will hit the road with his fellow Parisian producers Tchami, Mercer, and newcomer Malaa for a U.S. tour in April.

The exciting quadruple bill is a “who’s who” of French house music, with DJ Snake, Tchami, and Mercer creating some of the biggest hits in dance music over the past few years either on their own or together.

In October, DJ Snake (AKA William Grigahcine) released his most recent single, “Middle” (featuring Bipolar Sunshine), which is the first track released from his upcoming debut album, due from Interscope Records this year. “Middle” hit No. 8 on the US Shazam chart and is climbing the Top 40 and Rhythm charts. It has racked up over 50 million Spotify streams worldwide.