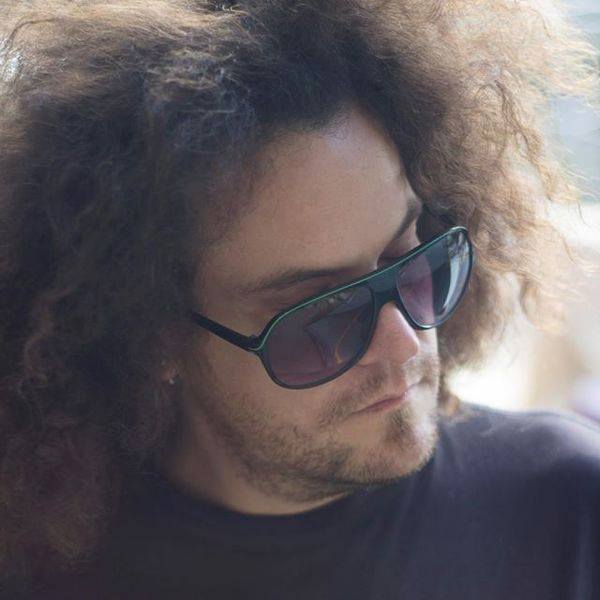 Joe Pea is no newbie to the music scene, playing music since the late 80’s. Starting out as a drummer, he has always had a love for percussion & music. Having a career spanning over a decade, Joe has kept the dance floor moving with styles ranging from deep house to drum and bass and everything in between. Since his arrival in San Diego, he has made quite a name for himself in the local community through his resident DJ status at the weekly Dance Klassique event at Bar Dynamite. Joe Pea’s rise also includes spinning sets at notable events such as Youtopia, Desert Hearts, Eternal, and Burning Man! He was kind enough to provide us with MLA Guest Mix 012, a set which features some quality beats and mixing that is not seen often in today’s saturated DJ culture.

EDM Identity had the chance to have a sit down interview with Joe Pea (featured on the EDM Identity Takeover of Kilma’s The Basement Sessions) recently, and we have discussed everything from Burning Man to the current music scene to delicious pizza!

What inspired you to become a DJ?

Well, I started playing drums at a young age in a place called Battle Mountain, Nevada. I played percussion in school band & in 1994 started playing a in a metal band. I graduated & moved away, living in a few states, including Idaho, Oregon & Arizona. In 1999, I went to a rave called Wiggle, & heard the music in a whole new way. I was hooked & the night changed my life. I had been in a number of bands, before I decided to start DJing in 2000.

How different was the scene back then?

Kinda the same. It was in the desert though. Go find a renegade party in the middle of the desert, usually only from 11pm to 7am. I figured it was because of the heat & the fact that the parties werent exactly legal. Its a bit different here in CA & times have also changed. It seems as though camping for a whole weekend, beats an overnight in the desert for some.

What sort of challenges do you face as a DJ?

For me personally, it’s getting to the point of actually sitting down & producing a track. Not too sure about others, but I have been stuck for a minute having too much fun playing other peoples music. Its time to take the next step & move forward. In my opinion, putting out your own music is the best way to get taken more seriously for what you do as an artist.

As one of the resident DJ’s for Bar Dynamite, what got you the gig there?

Well, I was frequenting the spot every Wednesday for about a year, taking the bus. I played other gigs, but I was still dancing there. When you work and support and show your face, people tend to notice. I was just going out, not labeling myself as a DJ, but as Joe. If it got brought up, I would say tell people I DJ’d, but I didn’t press the issue. Later, I got booked by Lil Ryan because he liked the way I promoted for that night and my other events. Ryan had other DJ’s that were on their way out, and so he asked if I wanted to join the team. That was 3 years ago at the end of September. Any good stories about Bar Dynamite and Dance Klassique?

Lots of great times have been had there. Way too many stories to tell for sure. The night has a lot of history. A lot has happened throughout the years!

What are your thoughts on the scene exploding for the past few years?

I am very excited for whats in store for San Diego. We’ve definately been put on the map the past few years, with bigger events such as FNGRS CRSSD & Desert Hearts, but our local underground scene is thriving as well. Its only gonna get better. It’s not just any one genre though. The future of all electronic music is bright here. There may be separate parties on a Friday, but at the end of the day, we’re all dancing together.

And the festival community?

I really enjoy the festivals. The people, the music, art, the large sound systems, the camping, all of it. The overall vibe of the weekends cant be beat & every event brings its own memories.

Speaking of festivals, what was it like to play Burning Man?

Pretty awesome! It was at Triptych, a sound camp from San Diego. Played for about 20-30 people, in a white out dust storm. lol It was fun because I got to really dig into my music and play whatever I felt like. I didn’t have to just play house music, or drum and bass, I could have played it all. It was cool, it felt good to do, can’t wait to do it again. What is your opinion on the separation between old school DJing (vinyls) and modern DJing (digital)?

In my opinion, digital sounds better. To each their own. Sometimes, its good to hear some good music on vinyl but I have no problem with digital or computer DJ’s. As long as they aren’t in the DJ booth trying to set up around me, during the last 15 minutes when I’m building it up for them. I’m not just playing music when I’m up there, I’m doing everything to tell a story and elevate the dance floor. There’s more digital music to buy, that’s for sure. Vinyl’s making a comeback though, but I’ll still play digital. I don’t want to lug around a bunch of records. I like nice, crisp sound on the big sound systems.

What piece of advice would you give to the next generation of DJ’s?

Be patient. Lots of patience. I’ve been doing this for 15 years, I feel like I’ve achieved a lot, but not to where I’d like to be. So if you aren’t where you’d like to be in 5 years, just keep doing it. 6, 7, 8 years. Keep doing it. As long as you got the love, you don’t have to stop. It isn’t going to be a hobby, it’s going to be a culture of people doing this. It’s nice to sit with a bunch of old DJ’s and listen to them, hang out. They’re just a different kind of person. Not cooler or better, just different.

How much do you prepare for your upcoming set?

Depends on the show really. If its a guest spot or a residency spot & what genre the party calls for. If I only have one show during the week, I usually pull my tunes together day of the event. If I have multiple shows in a week, ill line up tunes for a few days. I really like to pick a single track & build a set around it. It adds to the challenge of keeping it interesting. Looking ahead, is there a stage you want to play on some day?

Festivals & clubs around the globe are interesting to me. I would love to share my music wherever I can.

Since we are in a pizza place: What’s your favorite pizza toppings?

Bacon, garlic, cheese. The pizza I just had was pretty bomb. It extra mozzarella and Parmesan, and olive oil with prosciutto, extra bacon, spinach, basil, artichoke hearts with splashes of red sauce on top.

All of our readers are going to be hungry now after that description. Anyone you want to thank or any shout outs?

I wanna thank everybody. Everybody, yeah. I’m not a superstar or anything but I do have some people that are always there with full support. My girlfriend supports a lot. Always dancing and smiling and having a good time. Anyone that’s helped me along the way, for sure. Lots of people put their neck out for me, I appreciate that. Everyone at Bar Dynamite (Lil Ryan, Andy Gomez, the bartender). EDM Identity for my first interview. Also I would love to give a shout out to my band teacher, Mrs. Rita Sundahl, for always believing in me & supporting me from day one!

Other than seeing him at Bar Dynamite every Wednesday night, check him out at the Queen’s Bee on New Years!