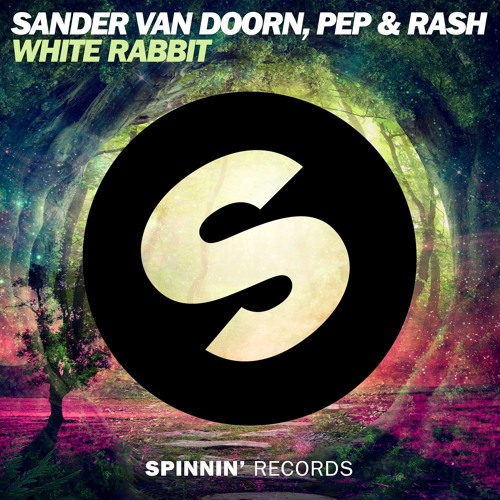 The Dutch legend Sander van Doorn has teamed up with fellow Dutch producers Pep & Rash on a groovy future house track, ‘White Rabbit’. While the original track from Jefferson Airplane was already a classic, Sander van Doorn and Pep & Rash have made sure to transform this into a modernized tune. This debut collaboration fuses both artists’ signature future house basslines and has a vibe reminiscent of the ‘hippy days’ back in the 60’s. The rhythm of this tune is definitely a crowd-pleaser that’s going to rock many DJ sets across the globe in 2016.

For the last decade, Sander has been renowned for his wicked DJ mixes and his complete evolution as a producer. He started out his career producing trance, and then transitioned into electro/progressive house. He’s been a Spinnin’ resident since the onset of his career, with most of his early releases on imprint, Oxygen Recordings. As of late, he’s been experimenting a lot with deep and future house as well.

Jesse van de Ketterij and Rachid El Uarichi, aka Pep & Rash, have absolutely stormed the dance music scene in 2015. Almost a year ago, they released their debut single, ‘Fatality’, which really caught the world’s attention. Their biggest hit ‘Rumors’ received official remixes from Curbi, Tujamo, and Deniz Koyu. It’ll be exciting to see how the New Year pans out for these Spinnin’ residents.