Sultan + Shepard Remix Rudimental’s Track “Lay It All On Me”! 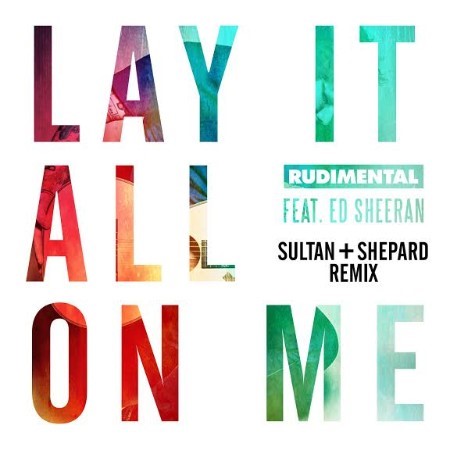 Sultan + Shepard are no strangers when it comes to producing chart-topping tracks and amazing remixes. The Canadian duo have become well respected amongst the electronic dance community and have a Grammy nomination to back it up. Since their Grammy nominated remix of Bruno Mars’ ‘Locked Out Of Heaven’ many fans have been awaiting their next big production. Sultan + Shepard have obliged and returned with an addicting remix of Rudimental and Ed Sheeran’s original “Lay It All On Me” which is out now on Big Beat. They have taken their signature sound into a new and unexpected direction. Mixing their progressive house elements with Ed Sheeran’s pop tones Sultan + Shepard have maintained the integrity of the original track while simultaneously inserting their high energy rendition to create an electrifying melody and catchy beat. You can grab it on Spotify or iTunes today!

Known as Beatport’s “kings of the progressive dance scene,” Sultan + Shepard have been dazzling fans for years. The duo has been providing chart-topping remixes for global stars such as Robyn, Bruno Mars and Coldplay and have also co-wrote and produced with David Guetta, Dillon Francis and Tiësto. It is amazing that with as much time as Sultan + Shepard spend producing amazing tracks and remixes they still have the time to tour the world. The duo have appeared at many major festivals and clubs such as Ultra Music Festival, Tomorrowland, Mysteryland and also have residencies at Light and Omnia Nightclubs in Las Vegas. Make sure to check out their new remix and catch a show when they are in a city near you!