Gareth Emery & Lange’s pivotal collaboration track, “Another You, Another Me” that debuted nearly 10 years ago was a massive hit. It transformed elements of trance and pop to create a unique, bass popping, and melodic hit of fun dance music that maintained reign of the top hit charts.

Now, nearly a decade later, VANDIT is releasing a vibrant new remix of this ground-shaking track. “Another You, Another Me” now features a deep tech trance version by Eddie Bitar as well as a more big room-trance update by Paul Thomas & Chris Bekker that has now become UK’s DJ Mag November trance Single of the Month. On a slightly different note, Corti Organ released a beautiful remix that takes listeners on a deep journey through the track’s loved riff while Solis & Sean Truby’s take on the track brings you straight to a festival with how uplifting their version is.

You can listen to 2015’s new version of “Another You, Another Me” here:

Whereas Gareth Emery and Lange have been masters in the scene for a while, up and coming Canadian star Alex Kraig is new and starting his career with an incredibly delightful bang!

DJ Mag has already given Alex Kraig’s new single “Power Station” an 8.5 beckoning listeners to add this track to their must-play lists. “Power Station” features a classic progressive house sound with trance techniques that blend amazingly well with its key changes and dance-off ready breaks. With such a hit, I can’t wait to see what Alex Kraig brings us next!

Next from VANDIT, we have a powerful new single from the ever-talented Ben Nicky, named “Homesick.” The title of this single itself lends perspective to how hard Ben Nicky has been working recently, playing shows all over the world, directing production on Club 680 in Melbourne and doing tour after tour. As strong as his longing may be however, “Homesick” is no exception to Ben Nicky’s naturally jump-worthy tunes. The single’s drums, synths, and uplifting beats are captivating!

This November boasts Shadow of Two’s third hit track for VANDIT! It’s name is “Ways & Means” is a remix done by this power duo of the track that originally came out in 2008 by Jon O’Bir.

It has a journey-esque melody that hits deep with punchy drums, super sub-riffs, and a progression that makes you feel like you’re bursting with energy.

Finally, our last VANDIT’s ’15 Years Of…’ series remix is called “The Eternal.” Originally a masterpiece created by Jose Amnesia that ruled the underground scene, “The Eternal” is now reborn into a brilliantly remastered remix by Paul Thomas and Scott Bond.

This new version still maintains the perfection of the original track while adding in modernized production and a foot stomping finale! 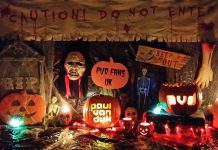 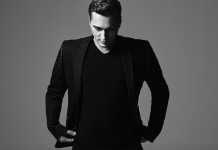