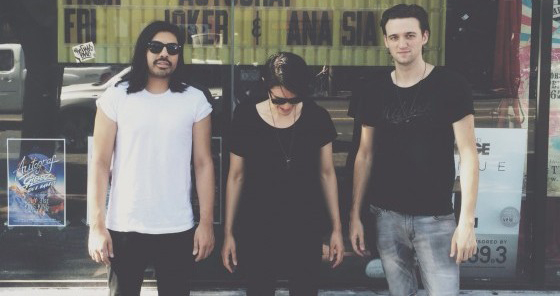 Autograf are a trio of artists who aspire to join visual art and live instrumentation as one. They’ve certainly achieved that with their new single “Metaphysical”, a track best described as a serene mix of future house and tropical breakbeats using their signature vibraphone. Furthermore, they aim to inspire others to create a better reality and look beyond assumed stereotypes by pairing physical art behind every release. The painting for “Metaphysical” appears as a modernistic portrait of pop-icon Twiggy, English model, actress and singer from the mid-1960s. Twiggy was often recognized for challenging societal norms of her era that serves well behind the meaning of “Metaphysical”.

“Metaphysical” isn’t about the origin of the universe. It’s about the reality we create in our own lives. When we peel back the layers, we’re all just human inside.” -Autograf

Expressive and inspiring best describes the opening instrumentation of “Metaphysical”, combining tranquil lines of strings, pianos, and drums. The eloquent vocals of Janelle Kroll chime with fluid, self-reflecting lyrics. The piece further drops into a forthcoming mix of chill-house and marimba evoked from the art and culture of various worldly influences of Autograf.