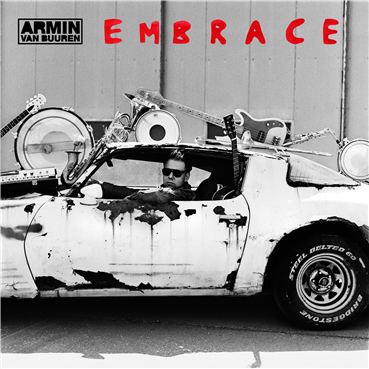 Armin Van Buuren, the legendary GRAMMY nominated electronic music ‘god’, has announced his sixth full-length album, to be named EMBRACE. The news was released on his radio show A State of Trance: Episode 729. Armin also let his fans know that the first single from EMBRACE will be his latest big hit “Another You”. The track features recording artist Mr. Probz. The album is set to be released on October 29th, 2015 and can be pre-ordered here.

Armin said this regarding the news:

“After “76”, “Shivers”, “Imagine”, “Mirage”, and “Intense”, I went for another album title that consist of only one word: “EMBRACE”! The idea was to “EMBRACE” several different instruments and sounds, and incorporate them into my sound. I hope my fans will “EMBRACE” this new chapter in my life. I loved working with Anton on the cover for the album. It is nothing short of an honor, and I’m really glad to see how well it turned out.”

To read the full announcement, visit the website here.

What is your favorite album or track by Armin Van Buuren? Let us know in the comments!