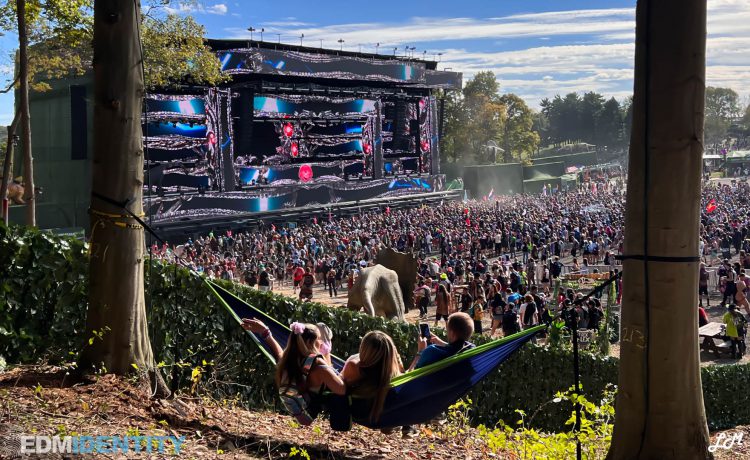 Tickets for Lost Lands 2023 go on sale soon, and those looking for a taste of bass can tune in to the Couch Lands Rewind stream to celebrate!

The most recent edition of Lost Lands was another magical experience for those who made the trek to Legend Valley to headbang their worries away with the dinosaurs. Excision and his team curated a heavy-hitting lineup that featured some of the top artists in the bass scene, along with some unique additions like Madeon that spiced up the weekend. Now, Lost Lands is gearing up for another monumental weekend as it’s set to return on September 22-24.

Earlier this month, Lost Lands revealed details for the upcoming edition for those planning to attend to check out. This included everything from ticket pricing to camping options, but also saw the festival listen to their community to provide new additions to the festival and amenities as well. All the new details for the sale, which kicks off on January 20, can be found in our post – but there was something else that was announced for bass lovers to celebrate, the Couch Lands Rewind stream featuring sets from 2022.

The Couch Lands Rewind stream will kick off on Friday, January 20 at 11am ET on Twitch and will guide those tuning in through some of the best sets of the weekend. Friday begins with the performance SWARM before showcasing artists like Kaivon, Ray Volpe, CALCIUM, Level Up, and Kill The Noise. Saturday puts the sets from Ace Aura and Barely Alive to Black Tiger Sex Machine and Subtronics on full display. And Sunday packs a punch with its hearty offering of bass from DIESEL, LAYZ, Oddprophet, Bear Grillz, and more.

Follow Lost Lands on Twitch to be notified when they go live. Send us a picture of your rave cave setup on Twitter and let us know if you’re planning to attend the upcoming edition of the festival!