Chico Rose Reflects On His Music Successes And Life On Tour 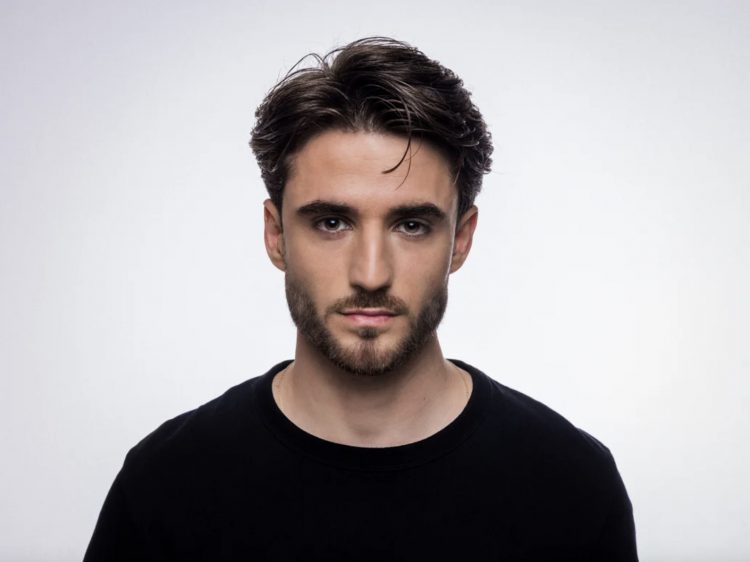 Chico Rose stopped by during his US Tour with Afrojack to chat about his latest release “Up & Down” and life on the road.

Growing up in a family accustomed to electronic house music, Dutch DJ, Chico Rose is quickly becoming one of tech house’s essential artists. The rising star from the Netherlands melds a web of influences from unorthodox house and techno sounds from his formative childhood days to make something entirely of his own.

Since first breaking into the international scene with the standout track “Sad,” featuring Afrojack, in 2019, Chico Rose has continued to shape his global reputation built on versatility and superlative skills. He stands out from the masses with his passionate and distinctive sound, receiving solid support in return from industry heavyweights as he ascends the ranks in the electronic scene. To date, his pristine creations can be found on revered labels like Nicky Romero’s Protocol Records, Vato Gonzalez’s Dirty House Records, and Afrojack’s Wall Recordings.

With a magnetic stage presence performing at multiple prominent venues across the world, including Tomorrowland and Tomorrowland Winter, Chico Rose is a major tastemaker whose thrilling persona behind the decks matches his prolific work ethic in the studio. In his latest tech house weapon, “Up & Down,” Chico Rose taps into glitchy drum beats and bouncy grooves. The song levitates into a ruthless techno delirium before it reaches a high-octane hook, signaling the right cue for the listeners to switch to peak energy. The bold statement from the DJ combines a rhythmic efficiency that comes with the immense talent that he has cultivated from an early start in his career.

Firmly embedding his roots within the vibrant and influential culture of electronic music from his Dutch hometown, Chico Rose continues to channel his broad musical palette into every aspect of his output. He shares excitedly about his upcoming plans, teasing the fans to “get ready for more house music coming your way!” As he unapologetically expresses his sound with a slew of anthemic bangers already under his sleeves, Chico Rose has no intentions of stopping because he is only getting started. Give his latest release a listen on Spotify or your preferred platform, and read on for the conversation!

Hi Chico, thank you for taking the time to chat with us today! 2022 has been an incredibly busy year for you, and we hope you’re having a blast on the US tour with Afrojack.

Of course! No worries and thank you for inviting me! The tour is amazing so far!

Congrats on releasing your latest tech house banger “Up & Down.” It’s so good to see you putting out a slew of new music this year and touring across the world from Asia to Europe and now, the US! How have you been juggling between all your schedules and taking the time out for yourself?

Thank you! It’s been crazy but I have to say I really enjoy being on tour. In between, there’s enough time to rest and work on my music.

“Up & Down” carries such razor-sharp tech house beats it’s hard not to get into a dancefloor groove at the first listen. What was your inspiration behind making this track and was it intended more for a festival set or a club arena?

I actually grew up with house music and sharp beats. My parents used to listen a lot to house music, and my dad was a drummer. I think that’s all reflected in my music now. I was scrolling through acapellas and got inspired when I heard the right sample. I was able to finish the record within one day, and I think this will fit both festivals and clubs.

It is so refreshing to see how you are always teasing fans with snippets of new music during your live sets before you release these dance floor weapons! How was it like playing “Up & Down” live for the first time and seeing the crowd’s reaction to it?

I think it’s important to keep teasing your audience with new music. I’m in the studio almost every day when I’m not on tour, and playing new music out there in the clubs and festivals is the best feeling ever. I remember playing “Up & Down” for the first time for 10,000 people in Romania, the people went crazy! I knew this record could work out for me.

How did working on new music and partnering with Tomorrowland on so many fronts – playing Tomorrowland festivals and releasing music on the newly minted Tomorrowland Music label – all come together ?

So the first time getting in contact with them was with the song “You Got The Love.” It was the first release on the new label and it was a success. After that, I played at Tomorrowland Winter and the summer edition. They really loved “Up & Down” when I first sent it to them, and a couple of months later it was released. I’m super happy to work with Tomorrowland.

One of your biggest songs, “Somebody’s Watching Me” has amassed millions of streams and continues to be massive at club parties. Have you thought about why the song has become such a hit? Have you taken away any patterns or thought processes for making new music?

It’s over 110 million streams now and I could never imagine this crazy success with the record. Of course, it’s a vocal a lot of people already knew because of Michael Jackson. I think I found the right mix between a dance song and the original vocal from Michael Jackson. It’s still my biggest song to date.

Finally, we are truly excited about the rest of your US tour stops! With 2023 fast approaching, what else can the fans expect from Chico Rose as we head into the new year? Perhaps a new album on the horizon?

We have to wait for an album coming up but new singles, YES! Get ready for a lot of house music coming your way. After my USA tour, I go to Indonesia for a couple of shows and in December I’m doing three shows at the FIFA World Cup. That’s going to be insane! Thank you for everything!

Thanks again for the chat, and we hope you have an incredible time on the rest of your tour!

Get a Taste of Bouncy House and Funky Disco in Serge Santiago’s ’11:11′