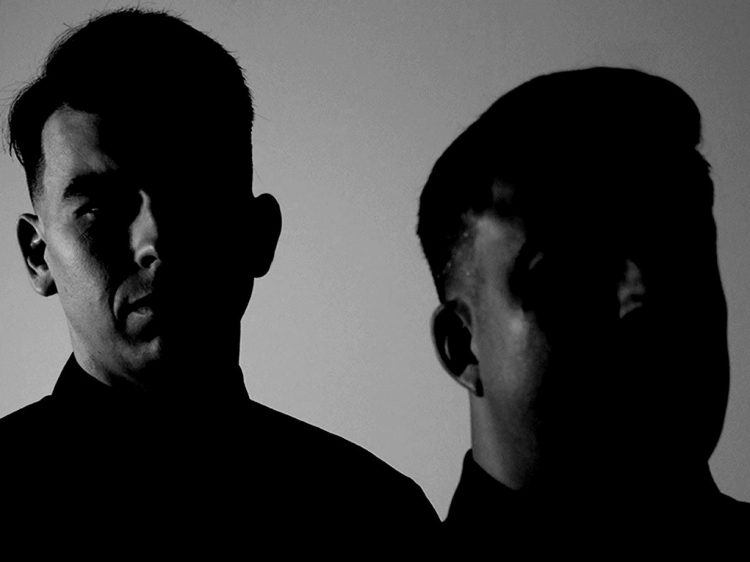 Fresh off releasing their take on “Shout,” TigerBlind talks about their ambitions and shares songs to warm up your winter playlist.

There are some artists who instantly make waves and some who quietly build tsunamis, and for TigerBlind, a duo who’s been on the scene for only a few years, the latter seems to work. Their blend of techno and progressive has gotten them spins amongst some of the biggest stages in the UK over the last few festival seasons while gaining support from the likes of CamelPhat, Solardo, and Sonny Fodera, among others.

Since first breaking onto the scene, TigerBlind has found a home on labels like Part 4 and Weapons while self-releasing a plethora of tunes for fans to consume. More recently, they caught the ear of Grum with an edit of “Shout” that not only found a home during his set at ABGT500 but led to an official release of the tune on Anjunabeats as well.

Building off the release of this massive track, TigerBlind spun up a guest mix for Group Therapy Radio’s 504th episode and gave fans even more to be excited about with the release of Ashes on Eklektisch. Looking to gain some added insight into how “Shout” came about and more, we caught up with TigerBlind for a chat. Take a listen to their hard-hitting rework on Spotify or your preferred platform, and read on for the full conversation!

Hi TigerBlind, thanks so much for taking the time to chat with us today. Before we get too deep into your releases, let’s explore your roots a bit. Who were some of the first artists that led to you falling in love with electronic music and deciding to become DJs and producers?

Thanks for having us! First of all, we’re dance music obsessed. Since we were kids, we’ve both collected records and, to this day, will talk about new tunes every single day we are obsessed. It’s like a game of top trumps as to who’s heard it first. We’re into a lot of different styles, and we’ve lived and breathed dance music all our lives which have led us on a journey trying to find a style that we think is natural. To name a few main influences, we’d have to say Eric Prydz and The Chemical Brothers. Between them, they’ve both made an abundance of incredible music and, more importantly, so original.

You two recently put your spin on Grum’s “Shout,” which is a cover of a Tears For Fears song of the same name. What’s the story of how this collaboration came about?

The original was such a classic ’80s monster, and then when we found Grum’s version, we knew we had to put our own spin on it. It was meant to be just a private edit that was made back in 2018 in the back room of an old nightclub actually when we didn’t have a permanent studio, so we were working in spaces where anyone would let us. We sent it out to a few DJs, and then COVID hit, so we completely forgot about it then, all of a sudden this summer, it just blew up, and it went from there!

From a production standpoint, what part of the track were you most excited to work with?

It’s all about that vocal! It’s iconic, and both being big Tears For Fears fans, it was a no-brainer when we had the idea to put our own spin on things. It’s a timeless vocal that just works.

“Shout” isn’t the only track that you had in the pipeline, as you’re also gearing up to release “Ashes” and “Double Vision” on Eklektisch. Can you share a bit about your production process behind these two tunes?

“Ashes” and “Double Vision” are a combination of two different routes as we’re always exploring in the studio. “Ashes” is the more melodic house style of the two, with a blend of Afro percussion keeping the drums organic but energetic. We then complimented it with some raw lead sounds, driving synths, and a dark vocal hook.

“Double Vision” is the more Hybrid “Big room techno” style of the two. Clean, simple drums letting the bass, leads and synths do the work. This one is definitely more for the club.

As a duo, you’ve seen your releases garner support from Pete Tong and Danny Howard in such a short time. How would you say your sound caught the ear of some of electronic music’s best tastemakers?

Radio 1 has been a big part of our youth and a huge source of finding new music. With the heritage it has, we knew that one of our main goals was to get Radio 1 play. We didn’t have a plan, we just wanted to make music we liked, and turns out it worked! We’ve never tried to chase anyone’s style and always tried to explore different sounds. If it’s natural, then it works. There’s no way to describe the feeling of hearing your music played on the radio by some of the biggest names in the game after years and years of listening religiously to it. It’s probably a similar feeling that a footballer has when they score the winner!

Since we’ve entered the chilly months of the year, what are five tracks that you can play anytime to warm you up and get you in a proper groove?

We’ve gone for some of our all-time favourite tunes from over the years for this one. These five heaters will warm you up on the coldest, darkest of nights:

Finally, what goals do you have for the rest of the year and in 2023? Will we be able to catch you two taking the stage in the US in the future?

We don’t really have any specific goals apart from making sure our next record is better than the last one. Probably getting more music finished and released will be the main aspiration for 2023, along with aiming to get in the studio with more songwriters and see what original work we can create. There are no plans for any US dates as of yet, but that would be an unbelievable achievement that our music has taken us across the pond to the US!