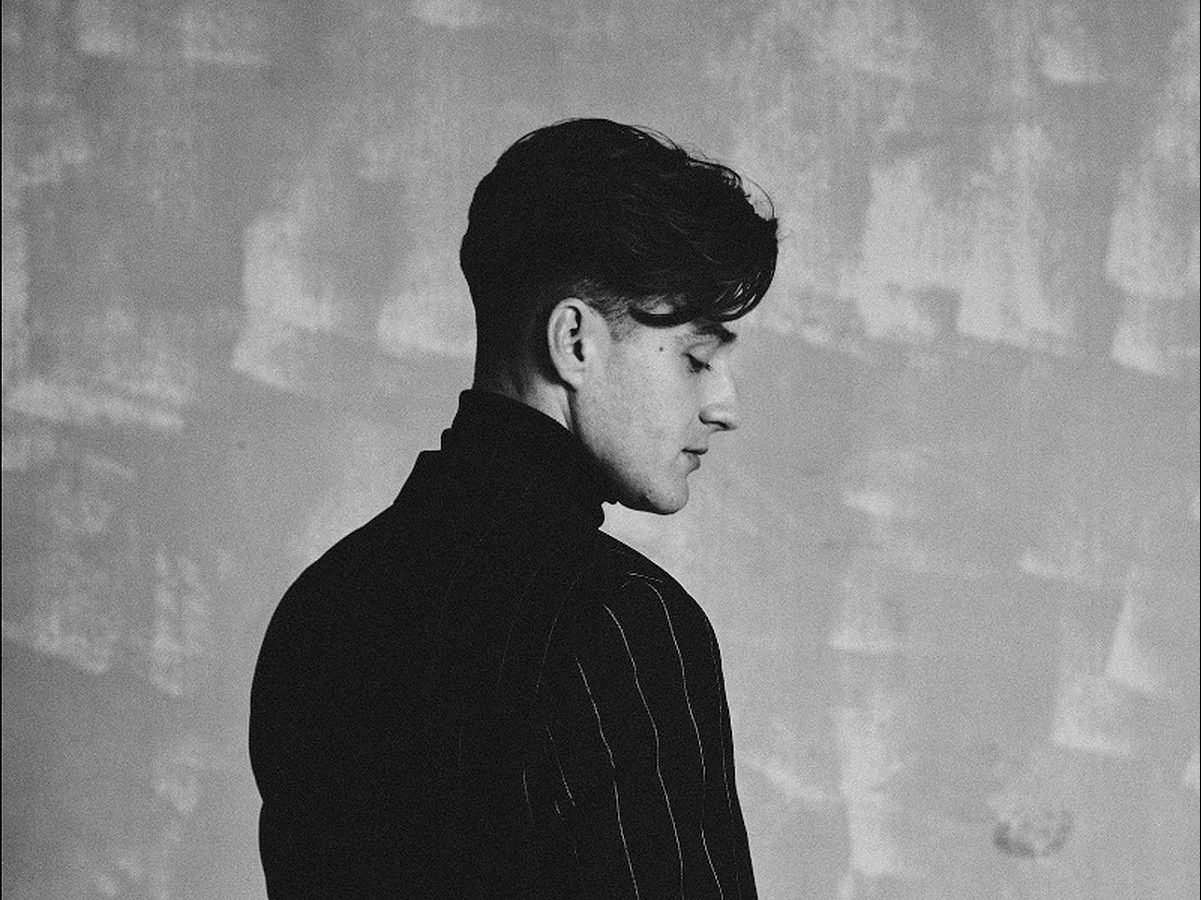 After the release of his new single “euphoria,” rising artist HIBELL stopped by to chat with us about his conceptual audiovisual style and more.

It’s always refreshing to find artists who are in the business of creating fully immersive listening experiences for their audience, and UK native HIBELL is among the producers leading that charge. Initially gaining traction with remixes and edits of popular tracks like Olivia Rodrigo‘s “deja vu” and John Summit‘s “Human,” he entered new artistic terrain in 2021 when he released his Monastery of Sound mixtape. What started out as a series of remixes recorded in front of a monastery near his home culminated in this cohesive body of work, which ultimately introduced a new, cinematic side to his artistry.

With some fantastic remixes under his belt, HIBELL has now released his official debut single, “euphoria.” The moody progressive house track simultaneously encapsulates a dark and brooding atmosphere, all while sending you farther into euphoria as the beat carries forward, making for an all-around invigorating and sensory listen. As with the rest of his discography, this track blends together multiple different sounds, genres, and feelings, further pointing to his one-of-a-kind artistic expression.

HIBELL has already embarked on some incredible endeavors, and it’s only just the beginning of his journey. His ability to tell stories through his techno- and melodic-fuelled music makes him an artist to keep on your radar, and his unique influences paint an even more detailed picture of who he is as an artist.

Luckily for us, he had some time and stopped by to talk to us in deeper detail about these influences, his multifaceted musical style, and more, creating a fantastic mix to go along with it. Check out the mix on SoundCloud below, and keep reading to take a deeper dive into the mind of HIBELL!

Hey HIBELL, thank you so much for stopping by to chat with us. For starters, where did it all start for you? When did you know you wanted to start making music?

It’s my pleasure; thank you for having me. So, my musical journey started at about 9 years old when I first started taking guitar lessons. I’d often start making tunes up when I’d finished practicing the pieces I’d been given. It later transcended into electronic music in my teens when I first started watching live sets at Tomorrowland. I was blown away by the energy of the music, but often I’d hear a track and think, “ah, what if it went like this?” And that was really the thing that sparked me to pick up music production.

In addition to being a producer/DJ, you are also a sound engineer and audio-visual artist. What does it mean for you to integrate sound and visuals in such a cinematic way? Do you orchestrate your own visuals?

Well, my goal in the future is to build a fully immersive live performance that incorporates my love of epic sci-fi films such as Inception and Interstellar with techno beats to essentially bring cinema to the dance floor.

Yes, I’m highly involved in the concepts and designs. It’s a very collaborative process, my manager is highly creative and I’m able to bounce a lot of ideas around with him. We landed on this moody monochromatic shadow figure concept which currently lives throughout a lot of my artworks and live show visuals, but we’re always adapting and see the visuals developing in many ways in the future to make the live show as immersive and encapsulating as possible.

In 2021, you released your ‘Monastery of Sound’ audio-visual mixtape, which found you recording live DJ sets at a monastery near your home. What was your inspiration behind this process?

Initially, I was just flipping popular tracks for TikTok, but after a few went viral, I didn’t know what the best way to release them was, so one day on one of my night drives, I landed on the idea of putting them in a mixtape. Alongside a few instrumental original tracks, edits, and remixes, I thought this was a great way to creatively present a project to my fans in a body of work that truly represented my sound and style woven throughout it.

You’ve listed movie soundtrack composers like Hans Zimmer and Dan Heath among your inspirations. What draws you toward their work? Are there any aspects of their compositions that you incorporate into your own work?

These two composers just truly understand the power of contrast. For me, what I take into a lot of my own productions is the impact of tension and release through my tracks, and I often structure them in a way that takes the listener on a journey from start to finish.

What is your all-time favorite movie soundtrack/score?

It would have to be the Interstellar score by Hans Zimmer. The way that the score pairs with the connections between all the characters, particularly Cooper and Murph, is unparalleled. It really accentuates and heightens the emotion in the relationship, which is exactly how the score should serve the movie.

After a streak of releasing remixes and edits, your debut original single “Euphoria” is out now. What sound were you going for on this track, and how did it all come together?

With this track, I really wanted to encapsulate each aspect of the ‘Hibell’ sound; emotive strings, hard techno beats, and epic, soaring lead sounds. It started after my first viral TikTok. Goodboys sent me a demo of this track they had just written. Seeing as my sonic style has often been described as epic and euphoric, I was really drawn to the concept and wanted to build a world around the vocal. Often songs come together really quickly, but this one was about piecing together the intricacies, and it developed over time.

Now that you’ve got your first original single under your belt, do you plan on releasing more in the future?

Yes, absolutely. I love remixing and editing songs, but my goal has always been to release original music. I actually have planned singles to take me through to next summer, and I’m always writing more, so there’s a lot more original music coming very soon!

Finally, what next steps have you got planned for the remainder of 2022 and beyond?

Well, in addition to lots more original music, I’m planning a Volume 2 of my Monastery of Sound mixtape, which actually features a variety of genres. A couple of drum and bass-esque songs in my style, as well as many hard techno and trance bangers too!

Then I’ll be playing my first ever live show at Mysteryland festival in Amsterdam next week, which I’m so excited about! One of the most common comments I see on all my social media posts is, “when can I see you live?” I just signed with WME agency for touring, so I’m hoping to start playing some more shows in the near future!