Chris Lake, Dusky, HoneyLuv, and Franklyn Watts are set to take the stage in San Diego at Black Book in the Park this summer!

Last year, Chris Lake and the Black Book Records crew made their way to San Diego for some fantastic shows during the Fourth of July weekend – and now they’ve hit the repeat button for 2022. On Saturday, July 2, sweet house sounds will be blasting through speakers at Petco Park’s Gallagher Square during Black Book in the Park, effectively kicking summer into a higher gear.

Teaming up with longtime San Diego-dominating promoters LED Presents to make this show happen, Black Book in the Park will feature a memorable set from Chris Lake. He’s riding high off a number of impressive performances and releases already this year and is currently celebrating his latest single, “Nightmares,” which saw him team up with rising star Cloonee.

Although a lengthy set from Chris Lake would be fantastic in its own right, Black Book in the Park isn’t just set to feature the label boss as there are some other stunners set to join him for the show. London-based duo Dusky, who has continued to impress with releases like “Flo Jam” and their recent album JOY which dropped last year, will break from their appearances in Europe to head to San Diego. Rising star HoneyLuv is also set to bring her dynamic style and turn up the heat with her set. Further, Franklyn Watts, who just dropped “Bom Bom” on the imprint, rounds out the lineup.

The pre-sale for Black Book In The Park featuring Chris Lake will begin on Monday, May 16 at 11am PT with the general sale starting on Tuesday, May 17 at 10am PT. Head over to ShowClix to grab your tickets and let us know if you plan to attend in the comments! 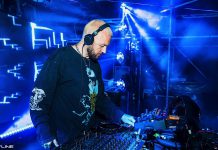 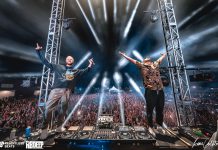