Pioneering festival Northern Nights will be the first festival to sell cannabis at stages and have multiple on-site dispensaries.

From its lineups and unique atmosphere to wellness and dedication to cannabis, Northern Nights Music Festival has pushed the boundaries of the festival scene since its inception. Nestled in California’s Redwood Forest on the shores of the Eel River, this boutique experience has fostered plenty of growth for cannabis education and consumption over the years. Early editions featured activations and panels while more recently, their Tree House lounge became the first to sell cannabis on-site at a festival in the US.

Now, as Northern Nights gears up for their upcoming edition at Cook’s Valley Campgrounds on July 15-17, it isn’t just the initial lineup that will entice those who are considering attending. Today, they’ve announced that the festival will be the first-ever to sell cannabis at multiple sites throughout the venue at stages and at their iconic Tree Lounge as well.

The Tree Lounge will transform into a farmer’s market with chill areas to relax and unwind, while also giving attendees the chance to meet with the legacy farmers who helped pave the way for legalization. Additionally, this space at the festival will feature an activation from The Emerald Cup that intends to pay homage to the winners of their annual awards.

That isn’t all that Northern Nights has in store for attendees either, as while cannabis-themed activities will be prominent an expanded number of yoga and other wellness activities will also be featured at the festival. Teaming up with Movement Makers Retreats, these unique experiences will include everything from yoga, meditation, and breathwork classes to educational circles.

This year’s edition of Northern Nights will feature sounds from artists such as Claude VonStroke, TroyBoi, CloZee, Elderbrook, SNBRN, and more. Stay tuned for additional artist announcements that will arrive closer to the festival.

Tickets for Northern Nights Music Festival are available now. Head over to their website for more details and grab your tickets via Tixr if you plan to attend! 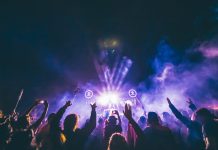 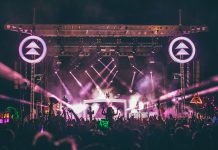 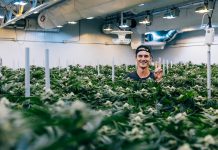