Last year, Creamfields South revealed that some true heavyweights in the scene such as David Guetta, Calvin Harris, Carl Cox, deadmau5, CamelPhat, and Fatboy Slim would be taking the stage. Today, they’ve built on that even further with the latest lineup additions and arena breakdown to build even more hype surrounding the upcoming edition. Immediate standouts include artists like Eric Prydz, who is bringing his HOLO show to the festival, as well as other legendary artists such as Andy C, Armand Van Helden, Paul Van Dyk, and Hot Since 82.

House and techno from the minds of artists like Cristoph, Eats Everything, Green Velvet, and Deborah De Luca will be found at the Steel Yard, while Jamie Jones‘ curated Paradise arena sees Patrick Topping and Richy Ahmed added. The Warehouse stage is set to blow minds of attendees as well with everyone from Friday’s lineup of Michael Bibi, Loco Dice, and wAFF to Saturday’s billing of FISHER, Solardo, and Eli Brown.

Beyond those two undeground sounds, the curated arenas at Creamfields South are also dripping in genre diversity as well. This includes the Full On arena featuring hard dance artists like Brennan Heart, Darren Styles, Wildstylez, and Code Black, along with the Cream Trance arena with Aly & Fila, John O’Callaghan, and Bryan Kearney. Further, drum and bass lovers will surely find their way to the Sub_Aural area to catch everyone from Hybrid Minds and Skepsis to Hazard & IC3 and Wilkinson.

Thinking about making the trek to Chelmsford in June to attend the debut edition of Creamfields South? Head over to their website and sign up for access to the final tickets which are set to go on sale Friday, January 28 at 10am GMT. 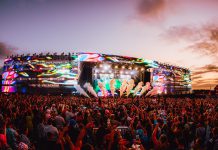 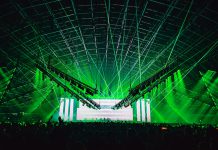 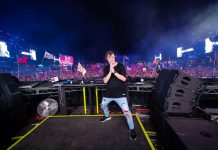