Chicago-based artist SinnerSaints kicks off 2022 with a progressive-fueled mix that will refresh your mind and heal your soul.

SinnerSaints might be a new name in the electronic music scene, but the man behind the music, Jay Patterson, is by no means fresh on the scene. Over the past decade, he’s delivered a plethora of trance and progressive tunes under the Bedroom Logic alias that have graced labels such as Elliptical Sun, Alter Ego, and Emergent. Many found a refreshed sense of being in the wake of the pandemic last year, which led Patterson to begin creating music under the moniker such as “Savior” with Jeff Ozmits and “Wilderness” with Alfred Clayton.

Now, with winter upon us, SinnerSaints reflected on the season itself, saying that it’s “a time for old habits to expire and new ones to grow. I’ve put some old habits of my own to bed recently. This season seems to have been especially hard on everyone.” But much like many others, he’s faced those difficulties head-on by diving deeper into music and production, as he continued to say “for as long as I can remember, music, above all else, has guided me in the most trying of times.”

With that notion in mind and a new beginning for this Chicago-based artist under the SinnerSaints moniker, he’s spun up a mix that’s brimming with immersive tunes. In its hour-long runtime, you’ll be treated to Anderholm’s remix of Lane 8’s “No Captain” and Simon Doty’s cut of La Roux’s “In For The Kill,” along with a flurry of surprises and his own tunes as well.

Listen to this exclusive guest mix from SinnerSaints and stay tuned for more to come from this budding talent in the progressive realm by following him on social media! 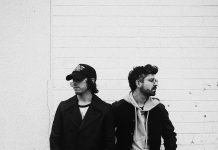 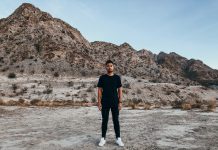 Feel the Energy with This Mix From JANPAUL 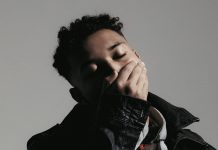 Luke Andy Kicks Off Winter with a Dose of House