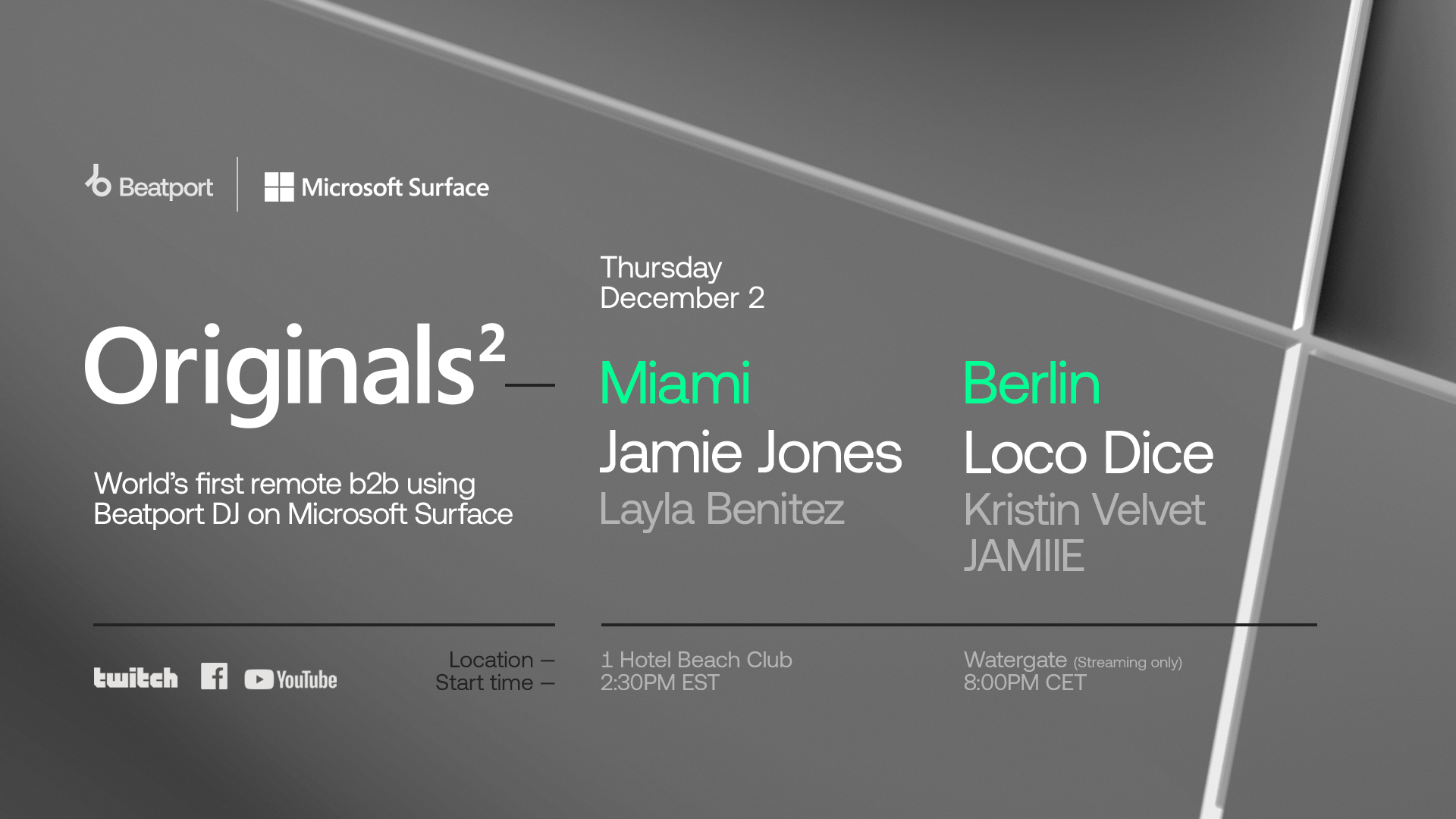 Have you ever wondered what it would be like to see two DJs in two different cities go back-to-back? Well, Beatport has the answer to that question. The powerhouse platform recently announced a new partnership with Microsoft Surface to help further connect artists from around the globe by optimizing the touchscreen on the device to work seamlessly with Beatport DJ app.

This new platform intends to empower artists who might be separated by thousands of miles and foster new creativity along the way through its Party Mode feature. Available to the public in early 2022, it will enable up to four DJs to play in real-time from different locations and shake up the concept of a back-to-back set as a whole.

To celebrate this new advancement in remote DJing, Beatport and Microsoft Surface announced a new campaign, Originals². This is set to include a variety of collaborations that span different continents as well as educational events for artists rising through the ranks.

Kicking off the series in style is a special performance that will bring two legends, Jamie Jones and Loco Dice, together for the first remote b2b set during Art Basel on December 2. Broadcast live on Twitch, Facebook, and YouTube, Jamie Jones will spin from 1 Beach Club at 1 Hotel South Beach, while Loco Dice joins in on the fun from a to-be-announced location in Berlin – making this a true trans-Atlantic treat for techno lovers.

After the debut of the Party Mode feature through this first-of-its-kind performance, Beatport and Microsoft Surface will launch the Originals² Academy as well. Linked via Microsoft Teams and powered by Microsoft Surface Laptop Studio and Surface 8 Pro, this two-day event for select creators will be held in Miami and Berlin simultaneously and help them experience the latest innovations in the realm of DJing. Additionally, a second Originals² Academy is planned for 2022 as well, which will center around a remix competition.

Tune in to Jamie Jones and Loco Dice’s performance on Thursday, December 2 via Beatport’s Twitch, Facebook, and YouTube channels – and stay tuned for more details on Originals² Academy.