Insomniac’s Beyond Wonderland SoCal returned this year and transformed the NOS Events Center into a magical playground.

After Beyond Wonderland SoCal was postponed, and then canceled, and then moved to an entirely new date at the end of summer over the past two years, it was a bit difficult to remember the last time I walked through the gates of the festival. As the weekend approached and final preparations were made, the excitement also began to build for my return to the NOS Events Center. Especially because of the expanded footprint of the festival that many were able to experience at HARD Summer just a few weeks prior – and with the number of people who attended the festival, that extra space was definitely needed.

It was about 96 degrees by the time I was walking up to the gates with only a couple more hours until the sun would be below the horizon. The first security check was for vaccine cards or negative tests. The process seemingly went smooth, but while I had my documentation ready a friend had forgotten to bring his negative test. This was remedied quickly by a phone call to a friend who saved the day by sending the digital documentation, but it’s a reminder to make sure you bring it before you leave just like your ticket and ID. After the test or vaccine was verified, we went through the rest of security, scanned our tickets, and down the rabbit hole we went.

The Beyond Wonderland expansion meant more room to dance and even more areas to explore than ever before.

The Queen’s Domain and Caterpillar’s Garden were long mega structures with openings on all sides which made coming and going from sets feel easy. At the back of both stages were large areas of grass turf with a large number of picnic tables with umbrellas. The stages felt high than previous years because even from the grassy area you didn’t sacrifice any of the incredible visual arts. The Caterpillar’s Garden featured three giant LED screens showcasing incredible visual stories from a variety of artists. As an avid fan of anime, it was very cool to see so many bass artists integrate scenes from different shows into their sets.

On the first day, the Cheshire Woods stage was hosted by Basscon. Hard dance beats with an array of lasers filled the tent – which in turn also drew in many of the shufflers. The newest stage, The Mad Hatter’s Castle, was very versatile. The stage was very tall physically but completely open in terms of area. On the first day, the castle was full of house artists and the second day it was full of trance while the house artists moved to Cheshire Woods. The look, feel, and brand of Factory 93 really shined through at the Looking Glass stage as well. They even brought the black diamond-shaped disco ball and surrounding towers that really created the perfect atmosphere for a techno vibe.

As for the rides, the Ferris Wheel was placed directly in the center of the festival creating the perfect meeting place for groups. Behind the Queen’s Domain was the Crazy Dumbos ride, which would light up at night as the elephants flew in circles and looked magical. By the Caterpillar’s Garden was a roller coaster called the Wacky Worm. Throughout the night the lines would grow and shrink, although I never rode one, other attendees told me that they spend anywhere from half to an hour waiting in line.

While the excitement for the new festival grounds was there, something I looked forward to the most is what Insomniac would do to bring for their immersive production elements.

There are always plenty of themed art, performers, and experiences to check out, and this year would be no exception to that as their coverage of the grounds was impressive. Especially the performers who always seemed to be nearby regularly to entice fans deeper down the rabbit hole.

Speaking of the Rabbit Hole, one of the most unique encounters happened just at that location in the festival. For those unaware, the Rabbit Hole is an area with an entrance similar to a hobbit’s hovel. Through the circular, green entrance, you’re transported to a small little clearing in Wonderland. Inside is a Trading Post with a unique shopping experience where you trade items you have for things you don’t.

As I ventured into the clearing I found a DJ performing, and next to him was one of the best pieces of immersive art at the festival. There was a draped setup surrounded by a long table dressed for tea with branches and leaves, flower petals, and an array of pinecones and other decorations around it. Around the table were tea placements and for seating with cushions and a performer came around inviting bystanders to come to sit and take some tea, that was imaginary, of course. They sang and we all drank, and one of the best parts of this experience was the cooling fans all around.

As cool as the portal through The Rabbit Hole was, other areas including The Doorway and The Castle Gateway were truly inspired.

When I first saw The Doorway on the festival map I didn’t really know what to expect. I figured a bunch of weird-looking doors would be placed along a wall. But once there I soon realized this wasn’t about aesthetics, instead it had plenty of fun twists and turns as well. There were doors that led to nowhere and doors that led to a secret fairy garden. Many didn’t open, but the ones that did offer a variety of picturesque moments for those that had a sense of exploration inside them.

“We’re painting the roses red…” The line kept whispering in my head as I walked through The Castle Gateway. The path was lined with an electronic rose garden that had white roses blinking red periodically, along with large green spades and other card shapes. I noted how empty that space would have seemed if they hadn’t decorated it, this area was definitely a good distraction for how much we were probably walking between the new stages.

Every set we saw was a top tier performance, the time away from festivals allowed for some really creative mixes.

As soon as I got in on the first day I went straight to Avision. This artist came as a recommendation from a few friends and I was not disappointed. His techno set was absolutely on point with tunes filling the stage area and making the crowd fully energized. I knew I would have to be back to close out with Nicole Moudaber but still walked very slowly to Jason Ross as Avision ended.

Jason Ross’ name lit up at the Queen’s Domain just as we entered the megastructure and totems and merchandise with the familiar Anjuna logo could be seen in all directions from where we stood. His set was in the most succinct word, beautiful. He dropped a remix of “All You Need To Know” by Gryffin which made my night, while he also plaid a remix of “Sandstorm” and took MK’s “17” to smoothly ramp up the vibe and showcase his skills as a DJ.

The first set we caught at the Mad Hatter’s Castle was Nitti Gritti and it was all over the place… but in the best way. I don’t think he left a single genre unrepresented. It went from big room and dubstep to house and DnB, and at one point he brought out DJ Diesel which again was cool to see. Probably the highlight of the night was when he tried twice to get the crowd to form a pit for a bass track and not a single pit opened up. Don’t get me wrong I enjoy the occasional pit during a bass show, but the primarily house stage was just not the vibe for it.

Some of the other standouts from the weekend included the Barely Alive b2b Modestep b2b Virtual Riot was a wild ride. Their styles and tracks were heavy after heavy and the crowd was clearly amped. VNSSA was also on the wild trend as she dropped track after track of banger. Space Laces was exactly what you would expect and had the whole crowd headbanging. There were so many sets I didn’t even get to see but I imagine they were all on similar levels. I was beyond impressed by the music.

Insomniac exceeded expectations at this year’s edition of Beyond Wonderland SoCal.

Expansions for festivals are fairly common, but ones that are done well are few and far between. The fact that Insomniac added new elements to Beyond SoCal while managing the flow of the crowd and reducing choke points is what really shows their expertise. One of my biggest annoyances is when a festival puts no thought into those who need to take a rest, but Insomniac not only created lounge spaces, they purposefully organized spaces centered around that idea.

Those changes, paired with the immersive theming throughout the venue and stacked lineup, made this one of the best editions of the festival yet. They’ve really set the bar for future events at the NOS Events Center and we can’t wait to see what Insomniac has in store. 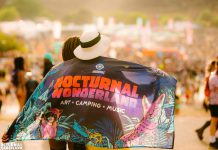 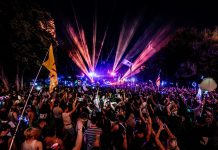 Five Sets You Need to See at Nocturnal Wonderland 2021 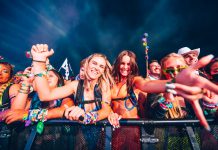