Jamie Jones Brought a Slice of Paradise to Los Angeles 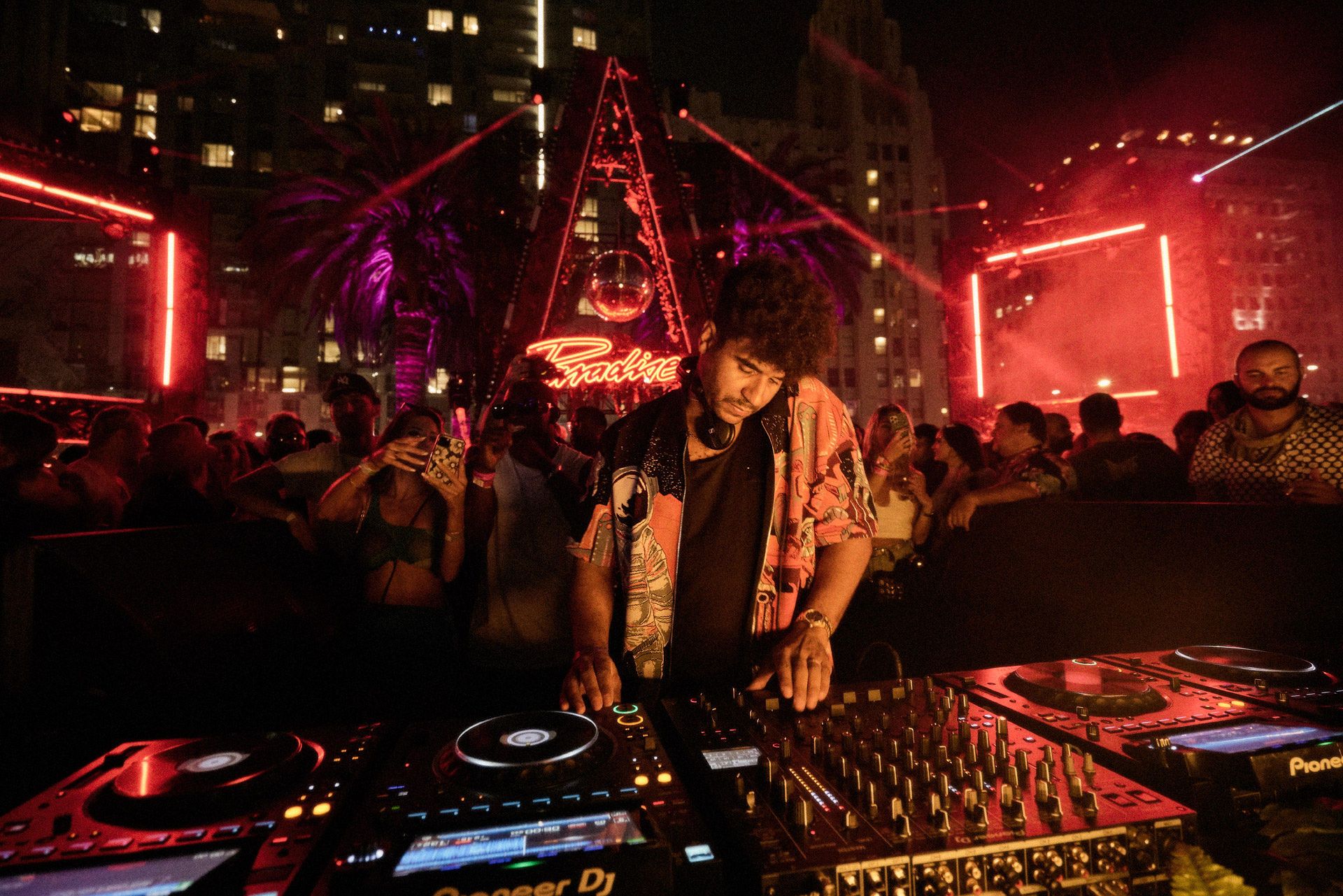 Jamie Jones, Hot Since 82, and Detlef brought the heat to the heart of Downtown Los Angeles with the latest edition of Paradise in the Park.

Los Angeles is at the heart of the music scene with countless record labels and venues in the area for artists to pursue dreams and make them into a reality. Not to mention that from intimate club experiences to large-scale festivals the possibilities are endless for fans to fuel their music fire as well. Of course, that changed over the past year due to the pandemic, but didn’t stop Jamie Jones, the Paradise crew, and Future Primitive from stepping back in and helping reignite the scene with an edition of Paradise in the Park at Pershing Park.

Taking place on Saturday, August 21, Paradise in the Park complemented the buzzing city that was filled with traffic and excitement for the return of events – you could just feel the energy in the air. For the showcase, Jamie Jones selected a number of phenomenal artists to join him for his return to the City of Angels. This originally included Yulia Niko, Art Department, Detlef, and Hot Since 82 as a special guest – but due to complications, Art Department and Yulia Niko were replaced by Serge Devant b2b Amémé and Sohmi.

Excitement flooded my every being as my partner and I walked through the city streets, skyscrapers framed the skyline with reflecting hues from the sky as we made our way to the entrance when doors opened at 3pm. Security was a breeze as we provided our proof of vaccination, a photo of a negative COVID Test, and a quick temperature check – it was finally time to dance.

A tropical paradise in the heart of the concrete jungle was just behind the doors filled with palms, geometric rising sculptures, and a massive disco ball. The layout guided participants to the center edge of the venue that was lined with digital TV monitors and plenty of space for kicking back or enjoying the show early. Those around the middle of the stage had steps to claim the best spot to view the artist playing. Palm trees and arches rose over the scene, and umbrellas emphasized a pool party vibe that was perfect for the summer sun that was bearing down on us all.

Something that immediately stood out was the aroma from the fire-cooked LaSorteds Pizza, which filled my nose seemingly in between beats. The first time it happened, it was a satisfying detail to get attendees to wander the park. We looked around and saw a long line for the pizza, but instead, we feasted on vegan parmesan poutines fries and the stable classic. A popular seltzer at the show was Flying Embers’s sweet, heated flavors such as watermelon chili, it added a tropical touch to the party and surprised our group with how delicious they were.

Each artist was stellar and had their unique flair of magic to shine to fans and tastemakers.

Opening the show, female powerhouse DJ and producer Sohmi, who kept a minimal chill beat that made guests immediately smile and groove at the front of the stage with their friends. Next, Detlef effortlessly mixed an Outkast remix of “Ms. Jackson,” which made for loud “ooh” among the crowd as we sang along.

As dusk turned into night, people started to fill in the Park, which meant ordering more drinks from the bar before the rush arrived. In front of the stage was a relatively small dance floor packed due to the divided steps around it, but as the crowd size increased we didn’t stay long opted to move further back – there was a better view of the artists where we made our new home and continued to dance.

Then, Serge Devant and Amémé took the stage to further command attendees to groove away to the beat. Both artists filled their set with horns and smooth layered vocals for an infused jungle vibe. Picking up the tempo soon after was Hot Since 82, who kept the cadence high with jolting basslines while focusing on the hi-hats to take everyone to a state of house and techno bliss.

Finally, the moment we were all waiting for arrived as the man of the hour, Jamie Jones, appeared on stage and opened his set with slow, yet impactful tones to hypnotize the crowd.

As Jamie Jones dove deeper into his set he layered in ominous tones while offering teetering basslines that heighten the senses and “fuels the fire” for everyone listening. Notable tracks he mixed in that took the set to the next level included cuts of Kid Cudi’s “Day ‘N’ Nite” and Soft Cell’s “Tainted Love,” and his remix of Bob Moses’ “Enough to Believe,” among countless others. Jamie Jones closed out the night in style with a touch of disco and Ben Kim’s edit of “Somebody To Love” that left us all satiated.

Overall the experience at Paradise in the Park was a touch of bliss paired with impeccable beats amidst the gleaming Downtown Los Angeles skyscrapers. As one of my first parties back since the pandemic began, it won’t be a day I’ll forget anytime soon. If you’re looking for a true party to bring you back to the dancefloor, any edition of Paradise in the Park is one that is highly recommended.