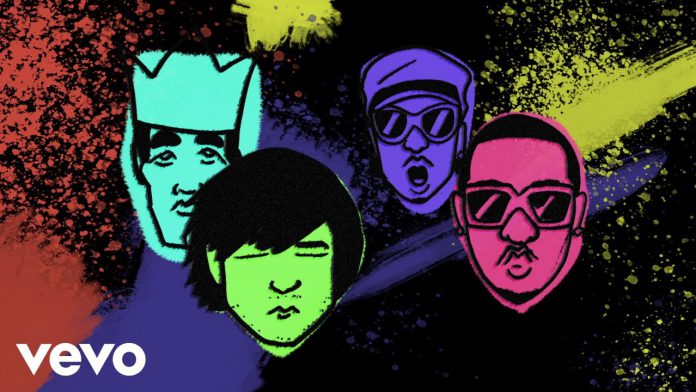 Chicago-based duo Louis The Child team up with NEZ and Theophilus London for “Keep On Moving,” the latest single to expand their Euphoria universe.

Louis the Child has been having a lot of fun lately; live music is back and the funky-future-bass-pop-house duo is on a roll this summer and is back with another single off their upcoming album, Euphoria. Previously, the duo announced their shift to this album on Instagram and noted that during quarantine they were inspired by early 2010s dance music and that their goal for this project is to “tap into the energy and excitement of that time in our lives as we celebrate being back together.”

Out now across all platforms, “Keep On Moving” marks the second single off the album and is a fresh take on the upbeat “Keep Moving” house tune featured on their Candy II Beat Tape released in the fall of 2020. To add even more power to the track, Louis the Child recruited NEZ and Theophilus London to bring lyrics to the track and give the beat a story.

To accompany the single, Louis the Child released an eye-popping visualizer with art by Pepe Gomez, Tra Watson, and Carmichael with animation by Confidential Creative. The animated video features illustrations that depict each of the four artists as bopping and singing heads as the vivid art flashes in the background and animations of dancing shoes, lyrics, and DJ decks take center stage in the foreground.

The video is a colorful representation of the fun and funky beat the track brings with it and would be an awesome visual to play during their upcoming tour (wink, wink). The Euphoria tour kicks off at the end of July and will make almost 40 stops including two sold-out nights at Red Rocks. Additionally, Louis The Child is bringing a massive lineup of support to play different stops including a range of artists such as What So Not, Whethan, Washed Out, K.Flay, Slenderbodies, Jai Wolf, and plenty more.

Make sure you check out Louis The Child and NEZ’s “Keep On Moving” (feat. Theophilus London) on your favorite platform, watch the video below, and head over to their website to grab tickets for the Euphoria Tour.

Check out the animated music video for “Keep On Moving” on YouTube: 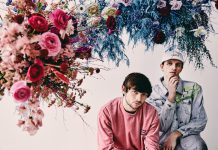 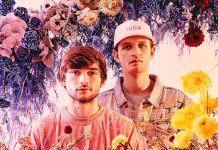 Louis The Child Arrives with a Music Video for “So What”