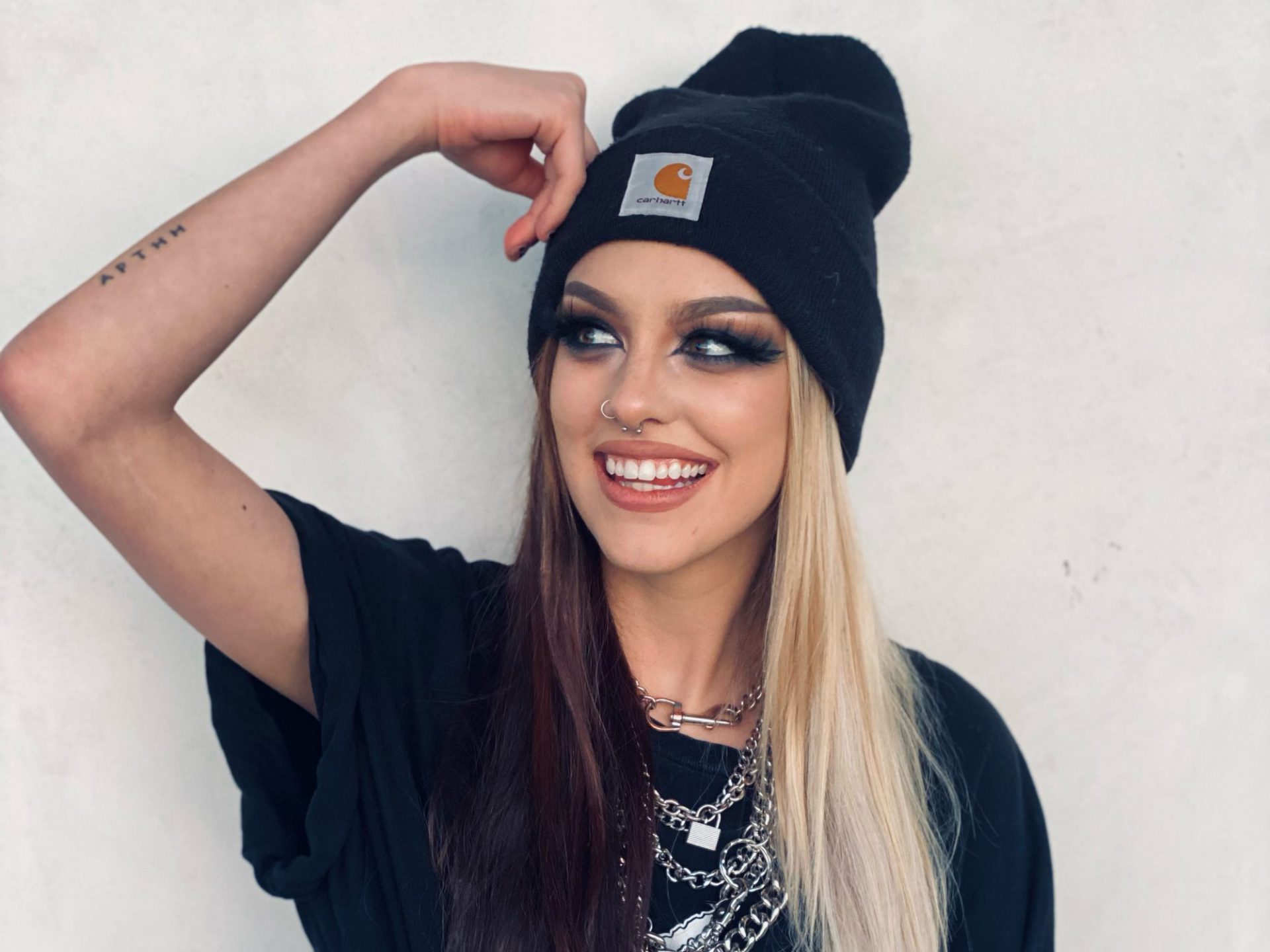 With the release of her tune “Done With You” on the horizon, Kayten swung by to dive into her production process and more!

As the scene continues to rebuild itself after a year of lost shows and setbacks due to the pandemic, one of the silver linings has been that rising artists have begun to flourish and gain some serious ground. These fresh faces were the backbone of livestreams that kept dance music lovers satiated over the past year, and now it’s time for artists like Kayten to shine brighter than ever before.

Originally from the Bay Area, Kayten headed to South to Los Angeles to further grow her skills as a DJ and producer by attending ICON Collective. During this time she dove deep into her influences from the bass scene and began to craft up tracks like “Better Than You” with CVRSE while also honing her skills as a singer/songwriter along the way. And she’s begun to impress ever since then with tunes including 2019’s “Never Wanted” with Cherny and solo track “Devil” that dropped last year.

Not letting the pandemic get in the way of her ascent through the ranks of the scene, Kayten took the virtual stage to stream for the masses last year as well. And her drive to succeed has begun to pay off as she’s recently announced a string of tour dates in Texas to bring her unique sound to crowds in San Antonio and Dallas in May and Houston and Austin in June.

This mini-tour will come off the heels of the release of her new track “Done With You” which only further proves that Kayten is a name you should be paying attention to in the bass scene in 2021. And ahead of the release and conjoined tour, she swung by to chat about her influences, production process, and plenty more while spinning up a fresh mix as well to feast your ears on.

Listen to this fantastic guest mix from Kayten on SoundCloud, make sure to pre-save “Done With You” ahead of its release on May 14, and read on for the conversation with this rising star in the scene!

Hi Kayten, thanks so much for swinging by to chat with us. Before we dive into your new release “Done With You,” let’s turn back the clock a bit, who were some of the earliest influences that pushed your passion for music and what led to you pursuing a career as a bass artist?

My bullies were my first influences. They influenced me to be who I am and to be prideful of who I am. The second one that comes to mind in a funny way is Skrillex! When I first started listening to EDM he was my main artist, 2010 is when I heard him and downloaded Fruity Loops (a music-producing program for those who don’t know) for the first time. My mom also bought me a mini midi keyboard, and music became my life. However, I always wanted to be a performer and started writing songs when I was about five years old.

After your earliest years up in Northern California, you headed down to Los Angeles to pursue your passions further at ICON Collective. What was your experience like there, and how do you feel it helped you grow as a producer?

It was the first time I felt successful at school. ICON was the slingshot for me – it taught me the basics I needed to know to make it, and it introduced me to the people I needed to know as well. I would be three years behind if I didn’t go to ICON. I’m still extremely close with my teachers and I feel so blessed by them every time I open up Ableton and every day I’m on this planet as a creator.

During your journey so far, what do you feel has been the biggest hurdle you’ve faced? How have you fought to overcome it?

My mental health has been my biggest hurdle by FAR when it comes to my journey. I have BPD, (borderline personality disorder) and ADHD and they affect me daily. It’s extremely hard for me to focus but I also hyper focus when I get excited! So I have to basically shape my music work schedule around that which can get very volatile and unpredictable. However, I know it’s what makes me, ME so I’m okay with it.

Now, onto the new tune “Done With You,” which is an absolute stunner that we can’t wait to hear get played out on a massive sound system. While the message behind the tune is pretty self-explanatory, was there a specific inspiration that led to its creation?

I wrote this tune because someone who I thought held power over me in the music industry sexually assaulted me. I had no way to cope with what happened other than writing this song, and I actually hid his name in it too.

On the technical side, what was the production process like for this track? Can you walk us through what went through your mind when making it?

When I write new songs, I tend to reference the ones that make me feel the way I want my own song to make me feel. For this one, I referenced “How You Like That” by BLACKPINK and Alison Wonderland’s drums. It took me about two months to make it! The main synth in the drop is actually just a pitched-up 808 that I accidentally found! This was one of those songs that came out of me so fast I was hardly able to process it. I’ve been obsessed with using an OTT on the reverb of my main drop synths. Simple, yet effective.

Over the years you’ve worked with other artists including Cherney, Skellytn, and Pluma, to name a few. If you could pick an artist to work with in the future, who would it be and why?

Ke$ha would be my main bitch to work with because she seems to be equally as unhinged as me. To me, the whole point of her music is to have fun and forget about real life and that’s something I try to do with my music as well. I could think of a million others, like maybe Miley Cyrus but I realize I might just have a huge crush on a lot of my idols.

2020 was devastating for the scene with the pandemic altering life as we knew it. What was your experience like and how did you keep your spirits up? Did playing livestreams help alleviate some of the stress?

2020 actually launched me into my current career as an artist! I feel like a lot of women specifically got the spotlight during the pandemic. We were never given a chance before, and then we got a lot of live stream opportunities and now people realize that we are actually good at what we do and want to book us. Playing live streams probably saved my life, to be honest with you, I had nothing else to look forward to because I was completely alone for a lot of the pandemic.

Having transitioned back to playing live shows as restrictions began to get lifted around the country, did it feel weird getting back up on stage for the first time?

It feels weird having a mini-tour booked, this is a first for me! I haven’t played a live show in two years because I was waiting to have more music out. Now that the pandemic is starting to resolve, I’m excited to show the world what Kayten is all about. Kayten shows are the thing that set me apart from other DJs!

Now that your latest single has dropped, what can fans expect from Kayten in the rest of 2021 and beyond?

You can expect a great performance from me at every venue I play. Hearing me on Spotify versus seeing me play in person are two different things – I BRING IT. Just be sure to come to my shows.

Finally, when we come to Los Angeles for a visit and catch one of your shows, where would you take us after for a late-night bite to eat and what are we ordering?

My favorite restaurant fucking closed because of COVID, but the street dog stands will always prevail – after a show a street dog hits the spot. For any of my homies reading this who don’t know what a street dog is, it’s basically a hot dog sold on the street right outside venues on nights of shows and even just in general around the area! They are so fire and nothing could ever beat them. I’m always down to gobble a street dog with the besties!