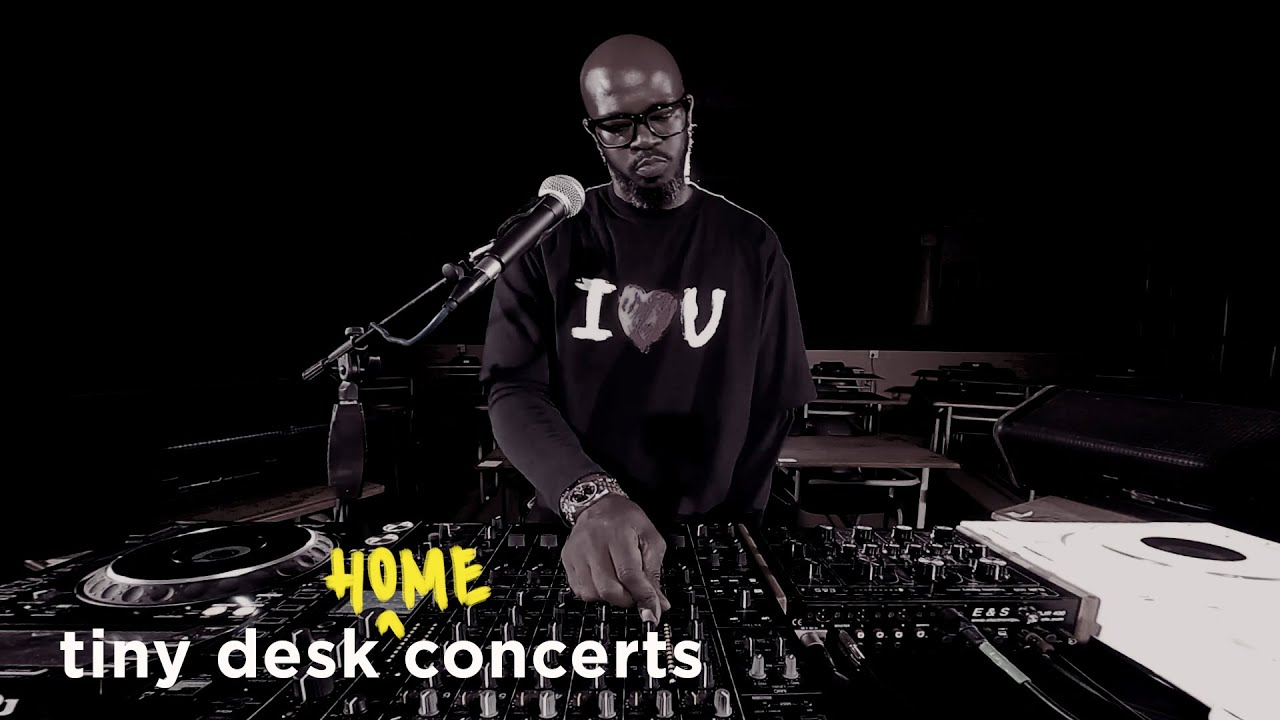 NPR’s Tiny Desk Concerts with host Bob Boilen began in 2008 and since then, artists like R&B singer Miguel, late rapper Mac Miller, and the “Genius of Love” band Tom Tom Club, have graced the host’s office desk in Washington DC. Once the COVID-19 pandemic hit and negatively impacting us all, it forced artists to shift to editions of the concert series from home, and one of the recent live instrumental performances has come from South African DJ and producer Black Coffee.

Known for being a leader of the South African dance movement, DJ sets, and AfroHouse anthems, Black Coffee becomes the second ever DJ to perform for the popular platform. A live band joined him for the latest edition of the NPR series in the auditorium at the National School of Arts in Johannesburg. And the “Time” producer also enlisted production assistance from students as part of their internship as well.

The Durban-born producer’s tunes are the epitome of feel-good house music, taking his audience to a different dimension with his soulful take of the sub-genre in electronic music. Furthermore, his jams take as synonymous with love, making sense as the house music scene is a sonic heaven where everyone, regardless of race, age, or gender, is welcomed. Therefore it was only appropriate that he rocked a tee with an “I Heart You” printed across his chest for the special occasion.

Opening the mini-concert up was the seasoned producer’s song, “You Rock My World,” featuring vocalist Soulstar from his Africa Rising album. The tracks that followed were “Flava” with Una Rams and Tellaman, as well as “Wish You Were Here” with Msaki from his album Subconsciously, which dropped in February. So what are you waiting for? Check out the Tiny Desk (Home) Concert with Black Coffee below and let us know your thoughts in the comments!