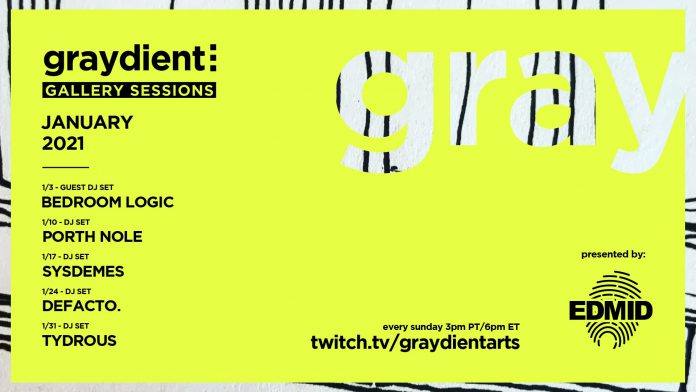 Bedroom Logic, Tydrous, Sysdemes, and more will be taking the virtual stage during Graydient Collective’s Gallery Sessions series in January!

One of the best treats that graced Twitch each Sunday during the final months of 2020 was the Gallery Sessions series. Hosted by Graydient Collective, it shined a light on the wide range of brilliant artists who flexed their skills behind the decks and exhibited a high level of curation as well. This month, as 2021 kicks into full gear, the series will continue with another fresh offering of sounds to immersive yourself in.

Hosted every Sunday at 3pm PT, the lineup for January is packing plenty of heat. This month’s run of shows kicks off on January 3 with Bedroom Logic, who delivered some monstrous tunes to end last year off in the best way possible. Porth Nole will join in on the fun on January 10 to energize our souls as well. If you missed out on his set during the Holiday Special in December you definitely won’t want to sleep on his performance this time around.

Carrying everyone through the middle of the month on January 17 is Sysdemes, an artist who everyone should be paying close attention to in 2021 as he rides the wave of some fantastic releases over the past few years. And fans of Graydient Collective will be stoked to catch deFacto. and Tydrous to close out the month in style on January 24 and January 31, these two artists pulled out all the stops during the Gallery Live showcase last September and wowed with their sets! 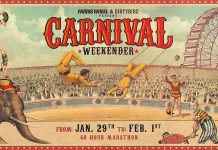 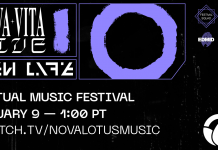 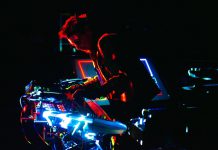