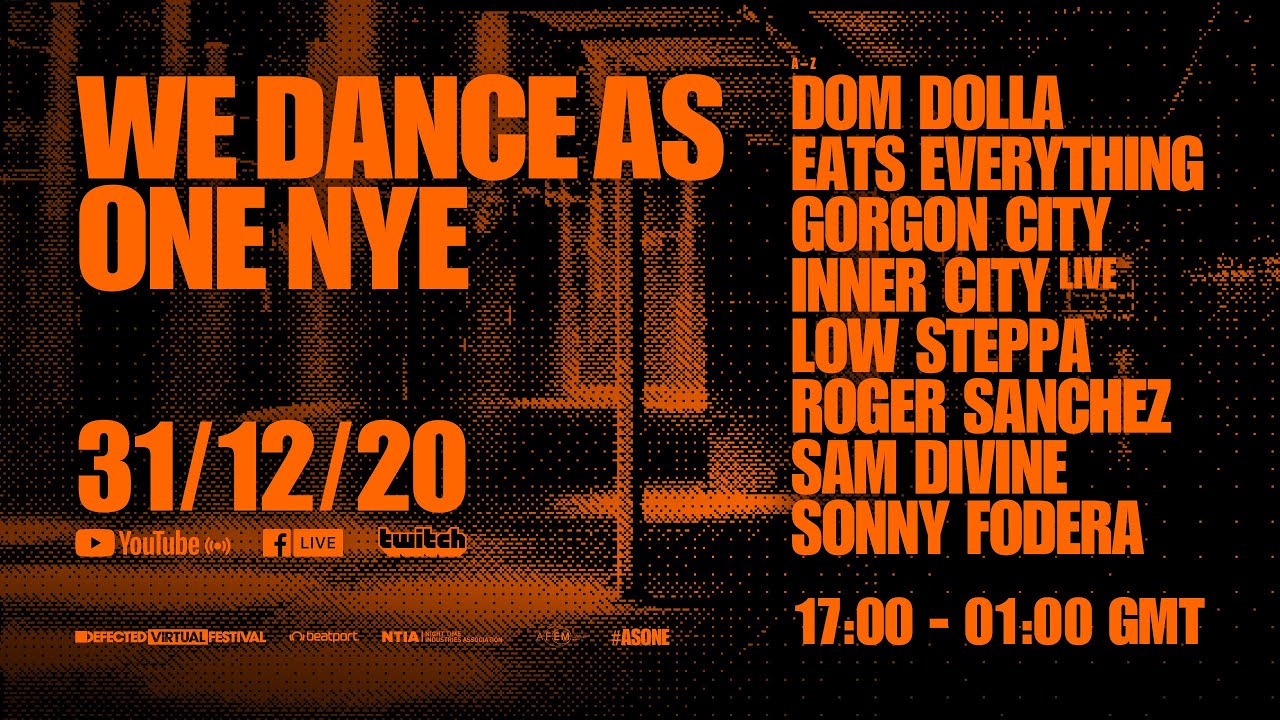 Dance your worries away with Eats Everything, Gorgon City, Sonny Fodera, and more for Defected’s We Dance As One NYE livestream!

Defected Records has proven throughout the pandemic that house music is all life long by churning out some of the scene’s top hits while also taking over the virtual world with some insane livestreams as well. Now, they’re putting a bow on 2020 with a virtual festival dubbed We Dance As One NYE that brings some of the best in the house music to the stage!

Kicking off at 5pm GMT (9am PT) on December 31, with a set from Dom Dolla, Defected Virtual Festival – We Dance As One NYE will get rolling with Low Steppa and Inner City (Live) before diving into the sounds of Gorgon City and Sam Divine. Closing out the show are even more stunners as well with Eats Everything and Sonny Fodera taking the reins next while Roger Sanchez delivers the finishing blow with a set that will have anyone’s feet moving well into 2021.

Have no fear if the set times don’t line up with your own New Year’s Eve festivities, as Defected Records will be posting the performances on their YouTube page for those who’d like to curate the night on their own time. Donations made throughout We Dance As One NYE going to The Trussel Trust, a UK-based charity that supports a nationwide network of food banks, providing emergency food and support for people locked in poverty and working towards a hunger-free future. Head over to JustGiving for more details and to give back!

Check out all the action during Defected Virtual Festival – We Dance As One NYE on YouTube below or via your favorite platform, and let us know where you’re dancing from in the comments!

Tune in to Defected Virtual Festival We Dance As One NYE on YouTube:

Defected Virtual Festival We Dance As One NYE – Schedule: