Gorgon City has become a name synonymous with deep house decadence, festival favorites, and a duo that is truly at the top of their game. Since its debut in 2017, REALM Records has become a home to subterranean club bangers and more vocal-centric house tunes, as well as debuting numerous budding producers along the way. Now, Gorgon City has landed a release of their own on the label with their latest EP that bears the same name of their burgeoning imprint and offers a direct dose of deep house mastery in a time when we need it most.

The four-track REALM EP features the smash single “Grooves on The Vinyl,” which became a staple of Gorgon City’s sets and a certified weapon even before the pandemic shuttered our beloved live event scene. Also along for the ride are singles “Elizabeth Street” and “Roped In.” Both tracks quickly infiltrated clubs and festival sound systems worldwide, further cementing their name among house music’s elite. Each of these tracks presents driving bass and blissed-out grooves that allow you to lose yourself amongst the magic that is Gorgon City.

Finally, the time has arrived for festival banger “Trapdoor” to see the light of day. For those lucky enough to snag a copy of REALM on Record Store Day back in August (Limited to 1000 copies), Gorgon City blessed their fans with a surprise vinyl-only release of the track. Delivering an utterly infectious groove, “Trapdoor” once again sets a new standard for club bangers in 2020. We can’t wait to see what this duo will bring to the table when shows are back, but until then this EP will tide us all over and keep us moving to the beat.

REALM is out now, so listen to it on your favorite platform and let us know which track is your favorite in the comments below. Don’t forget to step into the magic with their brand new visualizer for “Trap Door” as well! 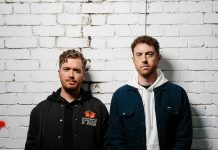 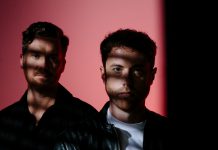 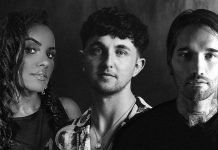