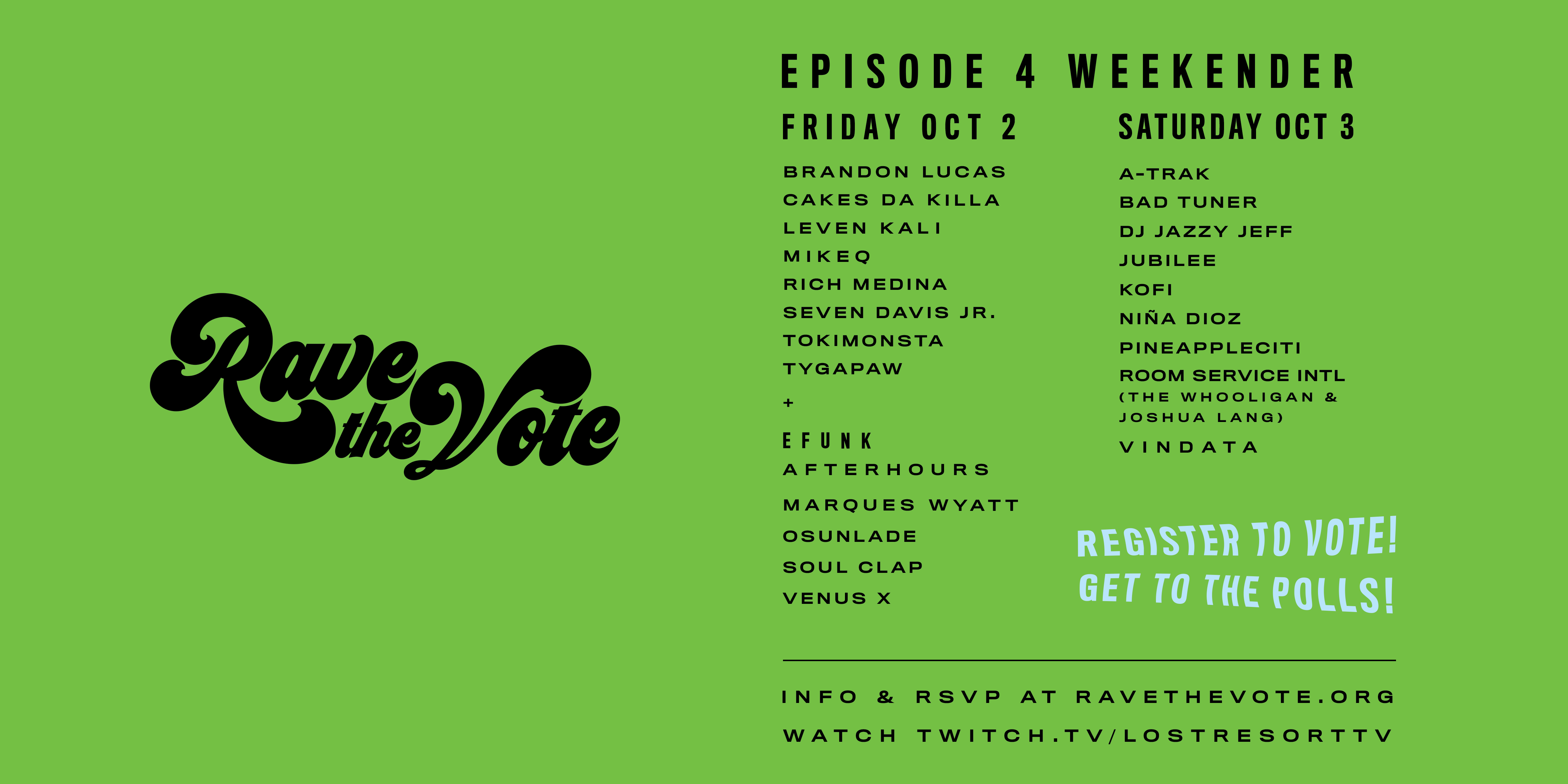 Will you be catching sets from Soul Clap, Marques Wyatt, A-Trak, DJ Jazzy Jeff, and more for the during the final episode of Rave The Vote?

Over the past few months, Lost Resort TV has emerged as one of the top destinations for dance music lovers to catch some fantastic performances and get to know artists in the scene a bit better. While shows on their channel have focused on discussions about the state of the scene and social issues, one of their biggest missions launched over the summer: Rave The Vote. Now, they’re approaching the final episode of the series that’s centered around getting ravers involved in the elections this November and it’s shaping up to be quite a packed weekend!

Set to take place on October 2-3, the final episode of Rave The Vote is bringing in some seriously talented artists to take viewers to a state of dance music bliss on Twitch. Friday will see Nikole Hannah-Jones kick off the festivities before diving into sounds from Seven Davis Jr., TOKiMONSTA, Marques Wyatt, and Soul Clap. Then the party will continue on Saturday with even more tunes from DJ Jazzy Jeff, A-Trak, Jubilee, and Vindata, you also won’t want to miss Dr. Cornel West, Seth Troxler, Brandon Lucas, and Andrae Alexander starting the day off as well.

Furthering their mission of making sure dance music lovers in the US are registered to vote, Rave The Vote has made it easier than ever to check your status, register, or request an absentee ballot for this year’s elections. Head over to their website for more details and get ready for an amazing weekend!

Make sure to RSVP for the final episode, follow Lost Resort TV on Twitch to stay up to date on announcements, and don’t forget to drop a comment below with whose set you’re most excited for!