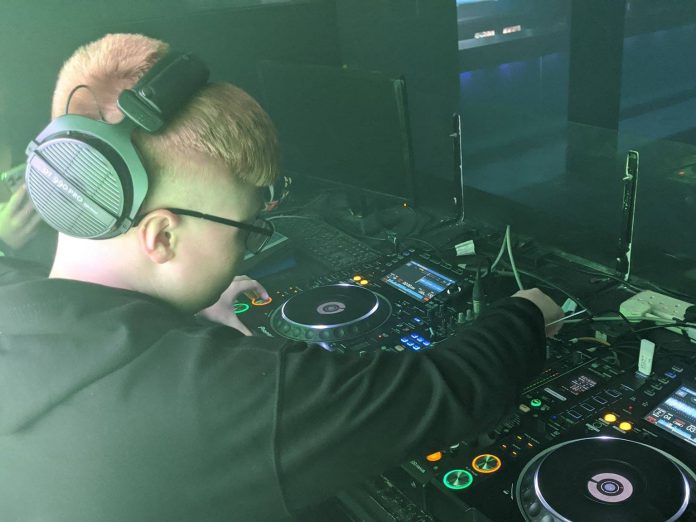 After the release of his Let Me Go EP, UK-based bass artist Cooky swung by for a chat to discuss working with Crucast and more.

While dance music is a global phenomenon, one of the countries that continues to prove that they’re at the top is the United Kingdom. Over the years they’ve churned out some of the best artists in the scene across a range of styles, but it’s the artists in the bass music realm that really have made a mark. Now, Leeds’ own Cooky is looking to carve out his place in the scene and carry on that tradition.

Although he might be a fresh face in the realm of bassline beats, Cooky has already begun to make a mark with his releases. Back in August he delivered the Let Me Go EP on Crucast that features four tunes along with tracks like “Behind” and a remix of Tengu’s “Ready, Lights, Camera, Action!” that are all solid as well. This has led to him gaining support from industry-leaders like AC Slater and show that the future is bright from this rising star.

Listen to Let Me Go on Spotify or your preferred platform, and read on for the chat with Cooky as he dives into his inspirations as an artist, how he puts a fresh spin on tracks, and what his production process is like!

Hey Cooky, thanks for taking the time to chat with us today! Let’s kick this chat off by digging into your own history. Who were some of your earliest musical influences and what drew you to the bassier side of dance music?

My earliest influences would probably be TS7 with his old school tracks, but hearing Skepsis’ tunes in 2018 is what got me into the new UK Bass sound. Then I decided to start making music at the start of 2019 after going to a few raves.

Was there a specific moment when you realized you wanted to pursue a career as a DJ/producer? What were some of your first steps as an artist?

Not really, to be honest, I used to mess around on the FL Studio trial and just decided to buy it eventually. I used to ask other producers for help when I first started, which helped me out a lot, and watching YouTube videos helped too.

Last month you dropped your debut EP, Let Me Go on Crucast. Can you tell us what the production process was like for this release? Did you make all the tracks with it in mind or were they separate projects?

Crucast emailed me asking me to make the EP, so I knew the tracks would be going onto it, however, it took some time to get everything right. I think I made around 8 tracks before I was happy with four of them but I’m happy with how it turned out

You’ve also put your spin on tracks like “Ready, Lights, Camera, Action!” by Tengu. What’s your approach to remixes? How do you select the tunes you touch up?

Tengu actually asked me to remix this track, and the only other remix I’ve done is the remix for Darkzy – Spell It Out which was part of a competition. Hopefully, I’ll get a chance to do more in the future. I’ve done a bootleg of Tones & I – Dance Monkey which has over 450,000 plays on YouTube now, and I’ve also done a bootleg of Jay Faded – Way You Move.

Throughout the COVID-19 pandemic, artists have expressed that they’ve had swings in creativity in the studio and difficulties feeling the energy when playing to a virtual audience. What has your experience been like during this time?

Some days definitely haven’t been as good as others for creativity, but I just take a break and come back to it another day. I’ve not actually done a live-streamed set so I can’t comment on that.

Aside from the ongoing pandemic, what has been the biggest struggle you’ve faced as a growing artist in the scene?

I’ve struggled a lot with writer’s block since I started but like I said before, usually just taking a break helps, or making something different to change things up.

Live shows are beginning to inch their way back in different places around the world right now, whether in the form of drive-ins or fully-fledged club nights. What are your thoughts on the return of shows in the UK?

I’m hopeful that shows will return ASAP as I’m looking forward to play live again and also to go to shows myself. I’ve got a few bookings which have been postponed due to the pandemic, but I’m hoping they will be rescheduled when everything is back to normal.

It’s a late-night out after a show and you’re feeling a bit hungry. Where’s your favorite spot to get a bite to eat and what are you ordering?

It would have to be McDonald’s, Big Mac meal.

Finally, since we’re approaching the final months of 2020, what are some goals you have for the rest of the year and 2021?

I would love to get a tune on UKF at some point, but my main goal is to get more bookings when the clubs re-open. Playing a big show like Bassfest is a big goal of mine too as it’s one of my favourite raves to go to. 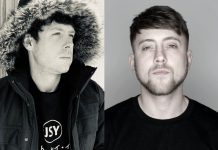