Can’t make it down to Mexico City for EDC Mexico? Insomniac and OCESA have you covered with the live stream of the festival this year!

Thousands of headliners have flocked to Mexico City for this year’s edition of EDC Mexico. Hosted at their familiar home on the grounds of the Autódromo Hermanos Rodríguez, the second-largest edition of Electric Daisy Carnival has expanded to three days and features a stacked lineup as well.

But if you couldn’t make it down to the festival this year don’t fret, because Insomniac is broadcasting the entire festival on YouTube and Insomniac Radio. That’s right, from 4PM – 2AM CST on Friday and 2PM – 2AM CST on Saturday and Sunday, you can catch your favorite artists perform at the festival by tuning in to the stream. Additional broadcast partners include Twitch, Microsoft’s MIXER, and the EDC Mexico Facebook Page as well as TikTok for the first time the platform has ever broadcast a live stream!

Artists like Don Diablo, Zedd, and Vini Vici will be playing on Friday, while Saturday plays host Zeds Dead, Diplo, and Knife Party. Saving the best for last, Sunday brings some serious heat with Madeon, Lil Texas, JAUZ, and Armin van Buuren. Of course, that’s just a taste of who will be taking the stage, so check the set times below to see when they’ll be dominating the decks!

Watch the livestream below, head to tv.insomniac.com to watch the stream, or tune in to Insomniac Radio (check the daily broadcast times below)!

Press play below and then you can change the channel from the general stream to catch the specific sets directly from kineticFIELD, circuitGROUNDS, wasteLAND, and the Dos Equis stages! 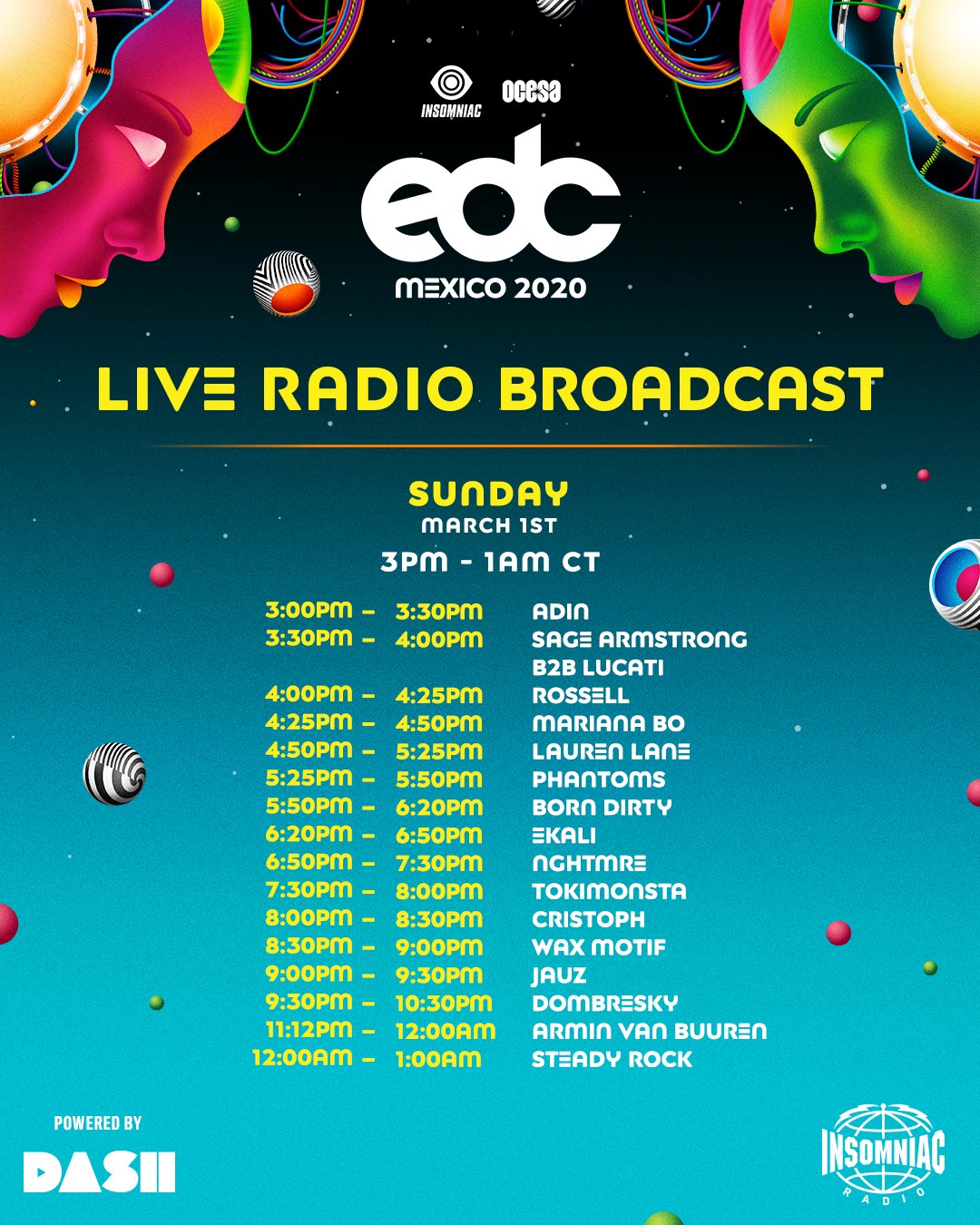 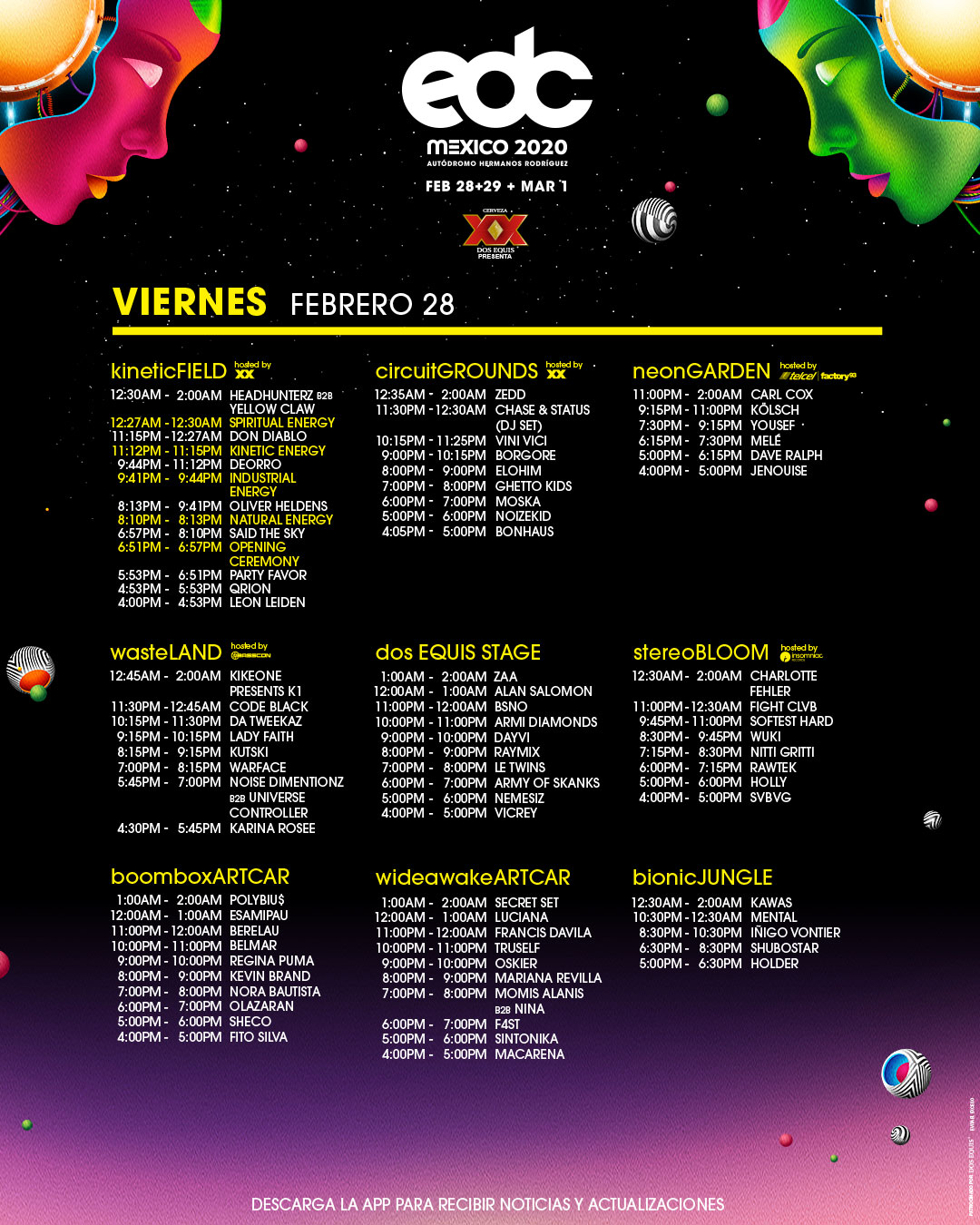 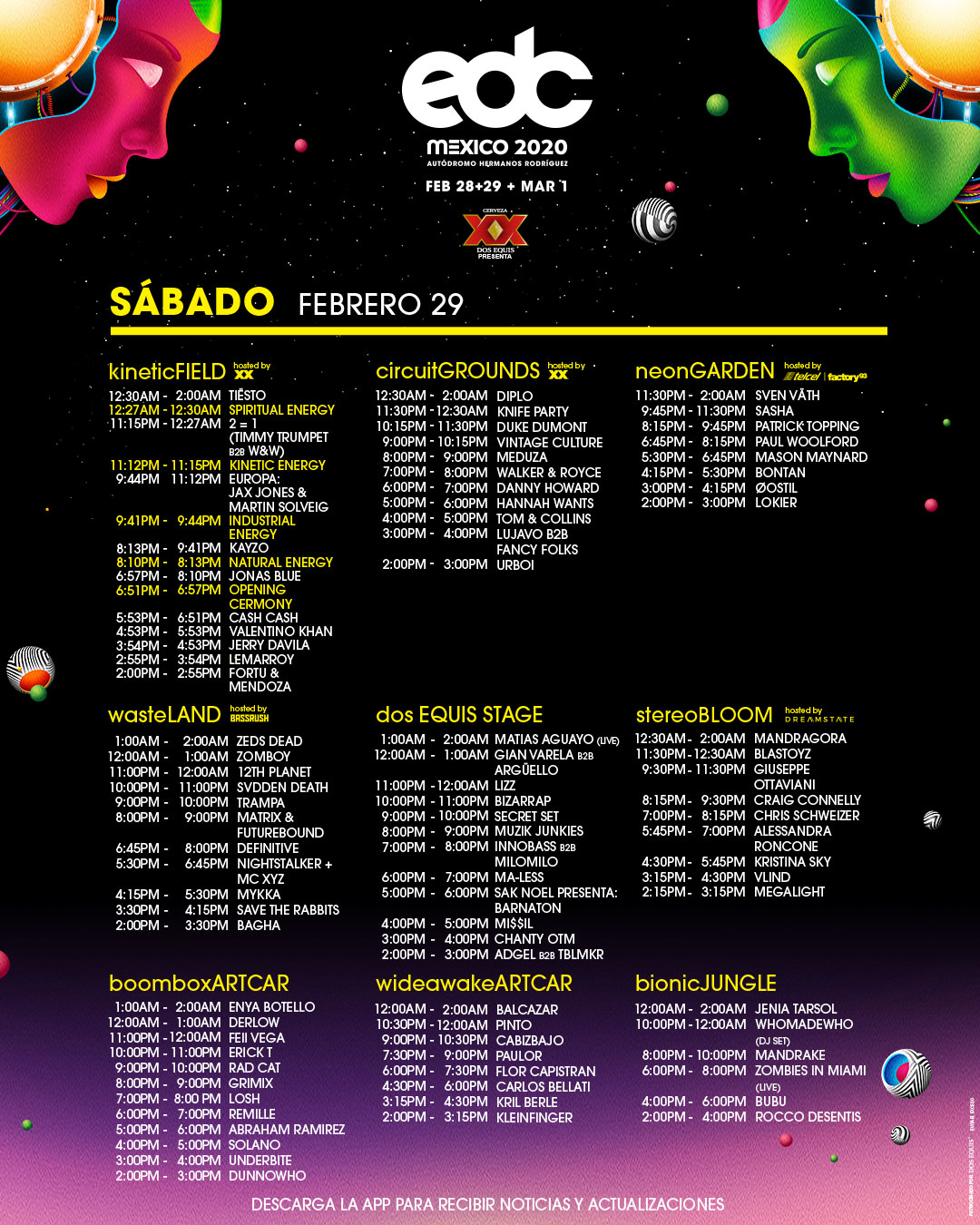 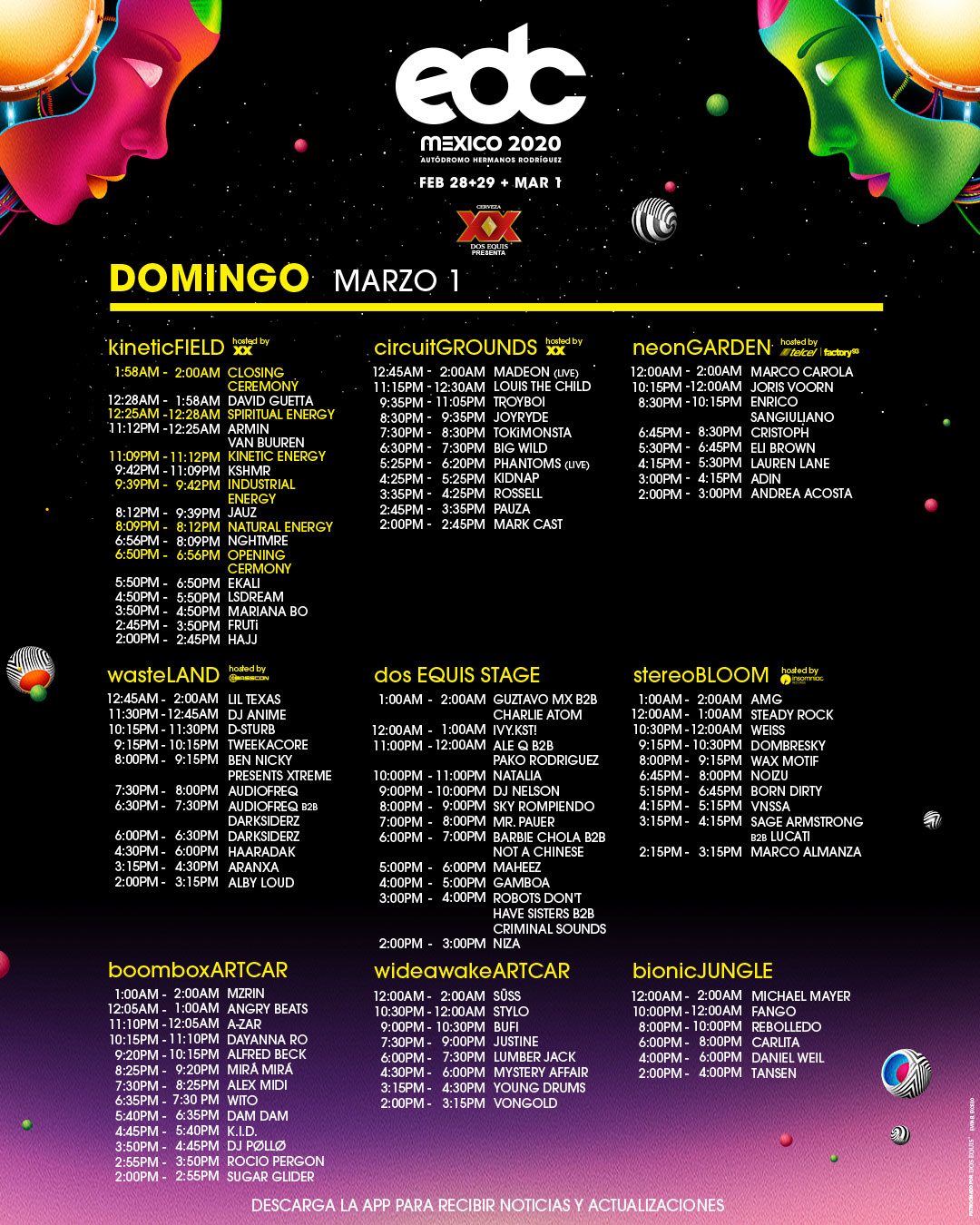 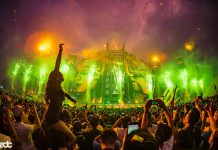 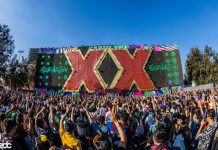 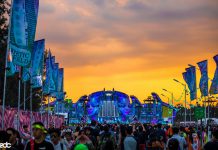