Legendary electronic music maestro Giuseppe Ottaviani has offered up some insight about his upgraded Live 3.0 show that will debut this year!

One of the artists who continues to prove time and time again that he’s at the top of the realm of trance music is Giuseppe Ottaviani. Stunning fans around the world with his amazing releases and fantastic Live shows, if you love the genre then there’s no doubt that he’s an artist who you should become familiar with immediately if you haven’t already done so.

Although his forthcoming Live 3.0 show was teased on lineup announcements like Dreamstate Europe and Tomorrowland, fans of Ottaviani’s have been craving any morsel of info into what the new show will bring. The 2.0 edition featured plenty of energy as GO took crowds on a journey into the depths of his sound, so it’s no surprise that the addiction to these performances

Related: Want to know how we fell deeper in love with Giuseppe Ottaviani last year? Check out our review of Evolver to find out why!

While his posts on social media have also helped build the hype, Ottaviani also added some extra insight to the Live concept as well, stating that “Trance starts and finishes with its music and our shared experience in hearing it. That’s what sets our sub-genre apart and makes it unique. The artist who can customize the floor experience to the audience to the greatest degree is the one who’ll reap the greatest crowd response. That thinking has been central to everything I’ve done for many years now and without a doubt is the driving force behind the Live show experience.”

And speaking about the upcoming edition itself, he said “While its previous version was all about creating new music live on stage, he continues, Live 3.0 is about individualising the performance of the music that the previous version helped birth. Performing a track generally means you can play it a number of different ways. With 3.0 though, that’s rendered near infinite.”

Those who have caught his 2.0 show might also wonder what will be different during 3.0. While 2.0 was stunning in its own right, fans couldn’t see much of what was happening on stage as he played his keyboard. This will change during 3.0 as both keyboards and the drum machine will be more visible as well.

Additionally, two laptops will be on stage with him to help control the show and create the unique experience he has set out to bring. Why two? Giuseppe Ottaviani has a specific reason with “one laptop running 6 stems per track, which will harness full control of the kick drum, bass, leads, pads, vocals and drums of every single track. The second laptop will hold all my keyboard sounds and additional loops & effects.”

This will effectively allow him to alter songs at his whim during the show, whether it’s muting the lead to play a different melody, removing the original kick drum to replace it with a fresh loop on the drum machine, or anything else he fancies. No matter what, this show that he describes sonically as “the Wild West” is one you simply shouldn’t miss out on if you get the chance to attend!

Will you be catching Giuseppe Ottaviani and his Live 3.0 show sometime this year? Let us know in the comments below! 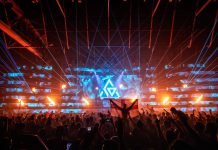 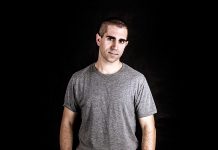 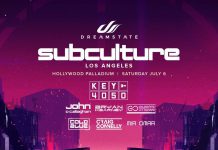