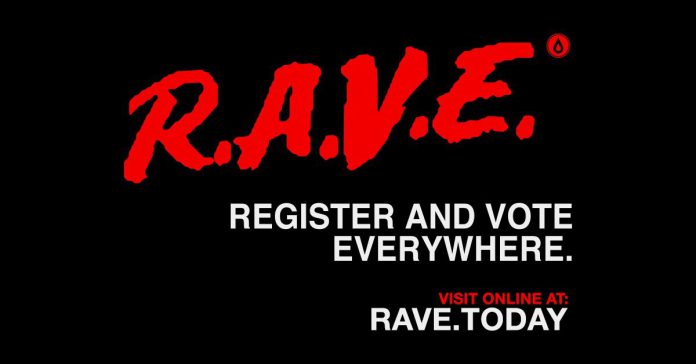 HeadCount and Disco Donnie have teamed up to launch R.A.V.E. (Register and Vote Everywhere) to encourage music lovers to register to vote.

Disco Donnie Presents and HeadCount have announced that they’ve teamed up on a new campaign that’s set to encourage young voters to register and participate in the upcoming elections called R.A.V.E. This year-long campaign will feature on-site activations at events starting with Ubbi Dubbi at Globe Life Park in Dallas/Fort Worth on April 18-19.

Along with the festival activations, the initiative will feature a social media push, artist videos, and even festival meet and greets. Disco Donnie tweeted at the launch of the initiative, “I’m not telling you who to vote for just don’t sit around b*tching if you don’t register to vote and participate in the process… then feel free to b*tch and moan all you want.”

The R.A.V.E. social media push has already begun picking up traction leading up to this week’s Iowa caucuses. Especially important in an election year, the campaign is ensuring music fans’ voices are heard in November. All of the R.A.V.E. promotions will help event attendees get registered, and informed on election milestones throughout 2020.

Disco Donnie, who has previously run other campaigns that included a voter registration component such as Make America Rave Again, and Disco Donnie for President, spoke on the campaign:

“Many people have become divided and embittered in the current political environment and process. I see people arguing online over a variety of issues, which is their right, but there’s more people can do than being a keyboard warrior. We want to encourage and inspire people to register to vote and participate in our democracy.”

The R.A.V.E. website has three main options to learn more about your right to vote, plus the option to buy the R.A.V.E. T-Shirt. The first section of information is to register to vote, which typically takes two minutes or less. The sections section is on Turbo Vote which allows you to sign up for election reminders through HeadCount. The last section is the Action Center in order to confirm your voter registration and polling place.

Visit the R.A.V.E. website and get registered to vote today!

Have you already registered to vote? Let us know in the comments below.

Connect with HeadCount on Social Media: 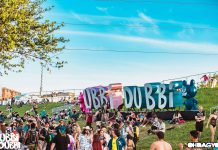 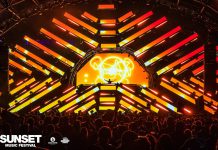 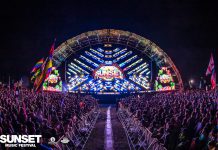