Hot off the debut of his latest music project Love Regenerator, Calvin Harris is set to return to his familiar home in Sin City throughout the 2020 season!

When Hakkasan Group announced their list of residencies for the 2020 season there was one familiar face that was missing: Calvin Harris. The longtime resident has been one of the most desired artists to catch each year for those who flock to Sin City to make an escape from the real world, so when his name wasn’t on the list it raised some eyebrows.

Related: Looking for the latest from Calvin Harris? Check out his recently released project Love Regenerator for a taste of what he’s been cooking up in the studio!

Since first landing in Las Vegas in 2013, Calvin Harris has played countless shows to thousands of fans at nightclubs like Hakkasan and day parties at Wet Republic. Additionally, he also played at the grand opening of OMNIA Nightclub in 2015 and helped put that megaclub on the map as his music paired perfectly with the stunning production inside.

But don’t fret, because Hakkasan Group has recently announced that the house music maestro will, in fact, be returning to Las Vegas this year. From April until September, Calvin Harris will be playing shows at OMNIA Nightclub in Caesars Palace for a limited engagement residency you simply won’t want to miss. Let us know which date you’ll be attending in the comments!

Tickets and VIP Table packages are available now. Head over to their website for more details on VIP options and make sure you lock in your experience soon because these shows are some of the most desired to attend in Sin City! 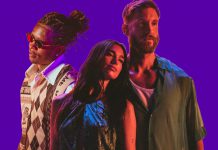 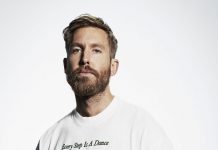