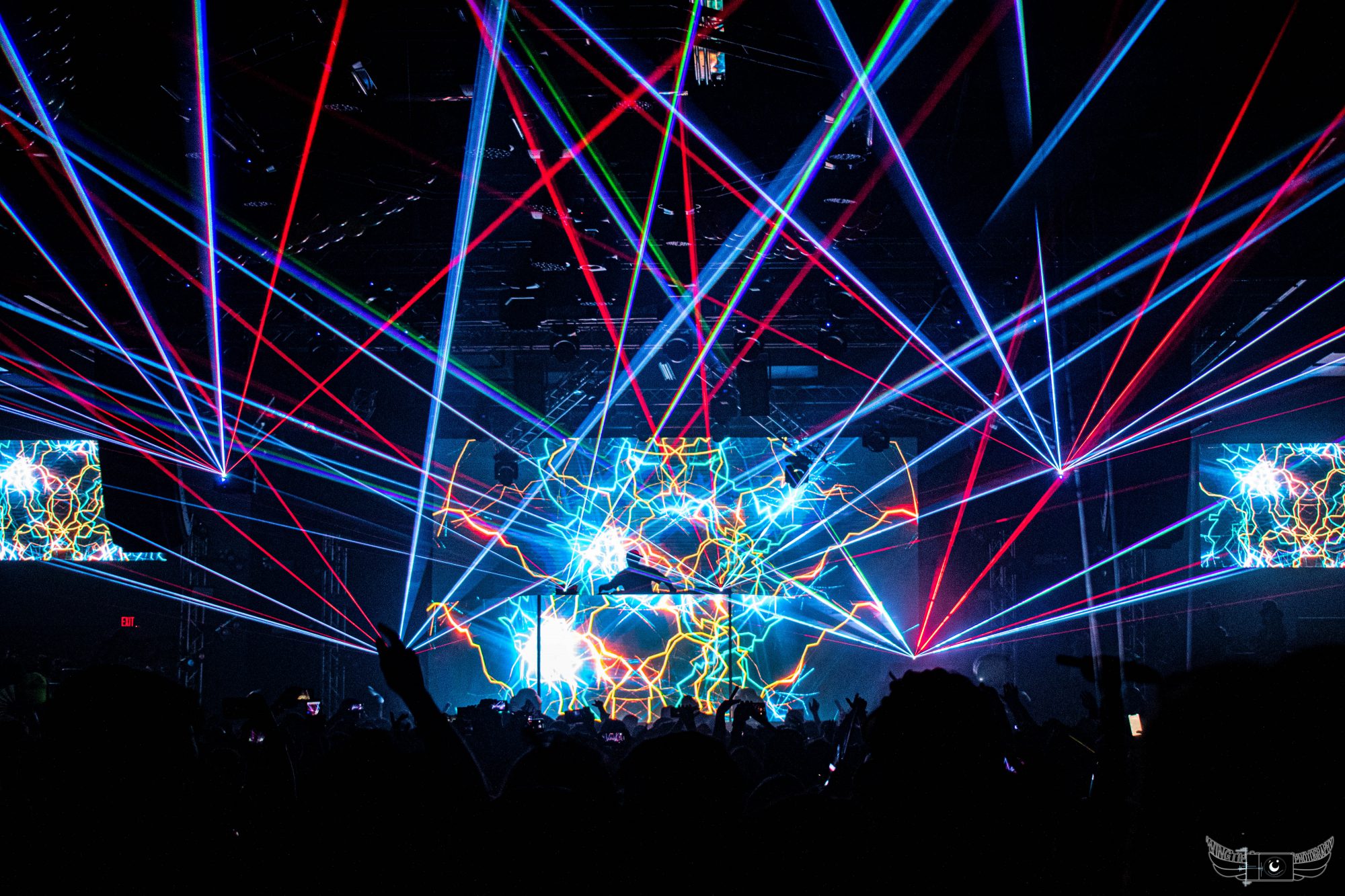 Celestial’s Provenance NYE brought Illenium and Kill The Noise to the Atlanta Coliseum to ring in the new decade in the best way possible.

If you love dance music and live in Atlanta, you know there’s always something to do for New Year’s Eve. This year’s offerings included shows that featured Dada Life, Dateless, and Gorgon City, but the show that I had my eye on was an event called Provenance NYE hosted by newcomers Celestial at the Atlanta Coliseum.

After years of experience both behind the decks and hosting shows, Abe Nour aka Ra started Celestial in 2019. Making a name for themselves by bringing in artists like Xan Griffin, Crystal Skies, and Clozee to Atlanta, they quickly became one of the hottest party throwers in the scene. So when they announced that they’d be hosting a New Year’s Eve show there was little hesitation that it would be a fantastic way to end the year.

The anticipation began to build for the event immediately after they released their lineup that featured Kill The Noise, Trivecta, and Illenium. After having three sold-out shows in Atlanta over the past year, Illenium was a surefire way to draw the attention of both Illenials and other members of the scene who were looking for some bass vibes to close out the decade.

As soon as I stepped foot in the venue I knew it was going to be a magical night.

Pryzms started off the night bringing some nasty bass, a diverse collection of trap, dubstep, downtempo and more. As the room filled slowly, he made sure there was always something filthy blasting through the speakers. Przyms is a name to be on the lookout for in 2020 for sure if you’re looking for an artist who brings a dynamic style to the stage.

As midnight slowly approached Trivecta took the stage at Provenance and unleashed some mayhem.

Starting off with a heavy unreleased song getting the crowd moving for what would one of the best hour-long sets I have seen in a really long time. Bringing along plenty of headbanging dubstep beats, Trivecta completely stole the show. The production started gearing up for the turn of the decade with lasers and incredible visuals on the large LED panels on stage.

Over halfway through the performance, he stood on top of the booth with his guitar blessing the crowd with an amazing rendition of Steppenwolf’s “Born To Be Wild” into a heavy drop. Closing out his set with his remix of Dabin’s “Alive” was the perfect transition into Illenium and ringing in the New Year.

At 11:30 sharp the lights went dark and bass rumble crowd as Illenium took the stage sending the Atlanta Coliseum into a frenzy.

Having just finished his run on the Ascend Tour, Illenium was still ready to bring the heat proving why he is one of the artists at the top of the scene right now. As the clock struck midnight and balloons rained from the ceiling pierced by, hands flew into the air screaming out for a new year full of new opportunities.

Leaving the previous decade behind Illenium rang in 2020 with the drop of “In Your Arms” featuring X Ambassadors, having still an hour left to play out he filled this time with melodic harmony and heavy basslines. Sending us into 2020 exhausted and tired but our hearts fulfilled. Ending his performance “Feel Something”, his latest collaborative piece with Excision.

The night was still young and Kill The Noise kept the crowd at Provenance going for the next hour with a set that featured nearly all forms of bass music.

Playing his signature sound and dark unique style. Kill The Noise showed us a night to remember. From trap to bass house, Kill The Noise made sure we started 2020 with a bang. I wasn’t entirely sure how the rail was still intact by this point in the night. With cryo still blasting with each heavy drop, it was clear that the night was still young.

Balloons still floating around the crowd, gave everyone energy to last until 2 where event curator Ra took control for the last 30 minutes playing out a stream of melodic beauty, closing out the show with a small speech thanking everyone for coming out.

From the stellar lineup and jaw-dropping production, Provenance NYE was by far one of my favorite New Year’s Eve events that I’ve been able to catch.

This will be a night to remember for the city of Atlanta and for me, the best way to ring in a new decade. Ra told us to be on the lookout for Celestial in 2020, with the latest announcement of working with Digital Gardens it seems he was right. I can’t wait to see what they bring to the table this year and in the future!

Connect with Celestial on Social Media: