Do you want to rage with Sullivan King in Los Angeles? Enter our contest for your chance to win a pair of tickets for you and a friend to attend!

Since breaking out on the scene in 2017, Sullivan King has made some major waves in the bass community with his unique stylings and fantastic releases while also gaining support from some of the true heavyweights in the industry. Known for his power to turn heads and drop jaws wherever he goes, he’s quickly become one of the most sought-after artists in the scene.

Recently supporting Excision on his latest arena rocking Apex Tour last year, King proved he has the sonic charisma and crowd-controlling stage presence to erase the genre lines that many others are confined to. Now, he’s embarked on his own tour dubbed Thank You For Raging that has hit cities in the US, Canada, Australia, and New Zealand and has shown why he’s an artist that any bass lover needs to be paying attention to.

So get ready for some killer vocals, heavy bass beats, and guitar leads as Sullivan King heads to Los Angeles for a one night stop at The Fonda on Saturday, January 25. Joined by Grabbitz and YAKZ, expect a night full of headbanging bass music that will bring you to a new level of rage. With this massive tour and new music on the horizon, Sullivan King is ready to usher in a brand new chapter in his already storied career.

Want to rage with Sullivan King at The Fonda Theatre? Grab your tickets via AXS or enter our contest below for your chance to win a pair!

Enter to win tickets to the Thank You For Raging Tour in LA:

Win Tickets to Catch Sullivan King at The Fonda 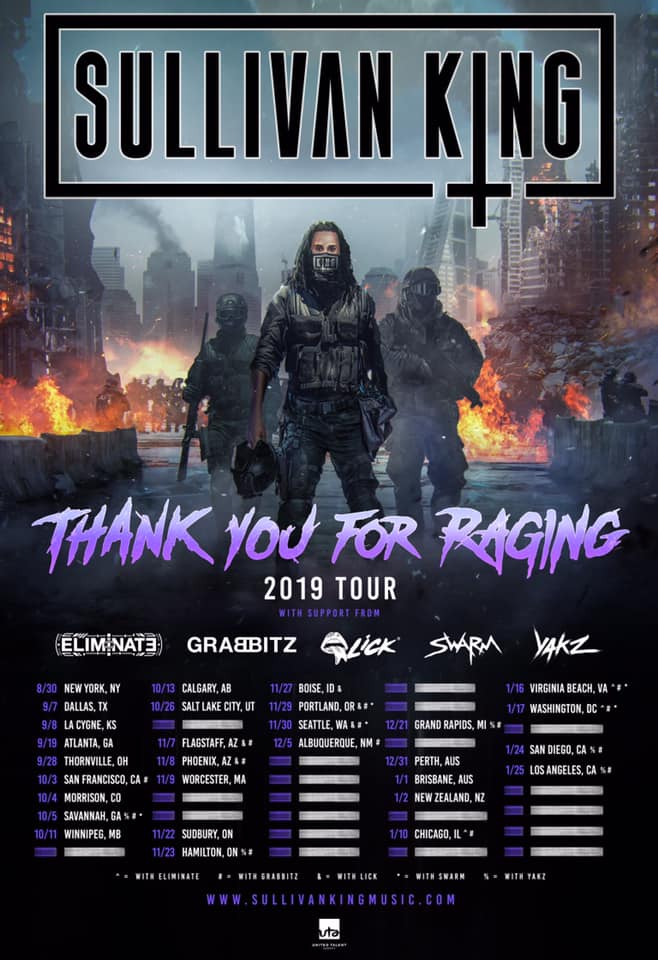 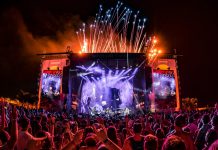