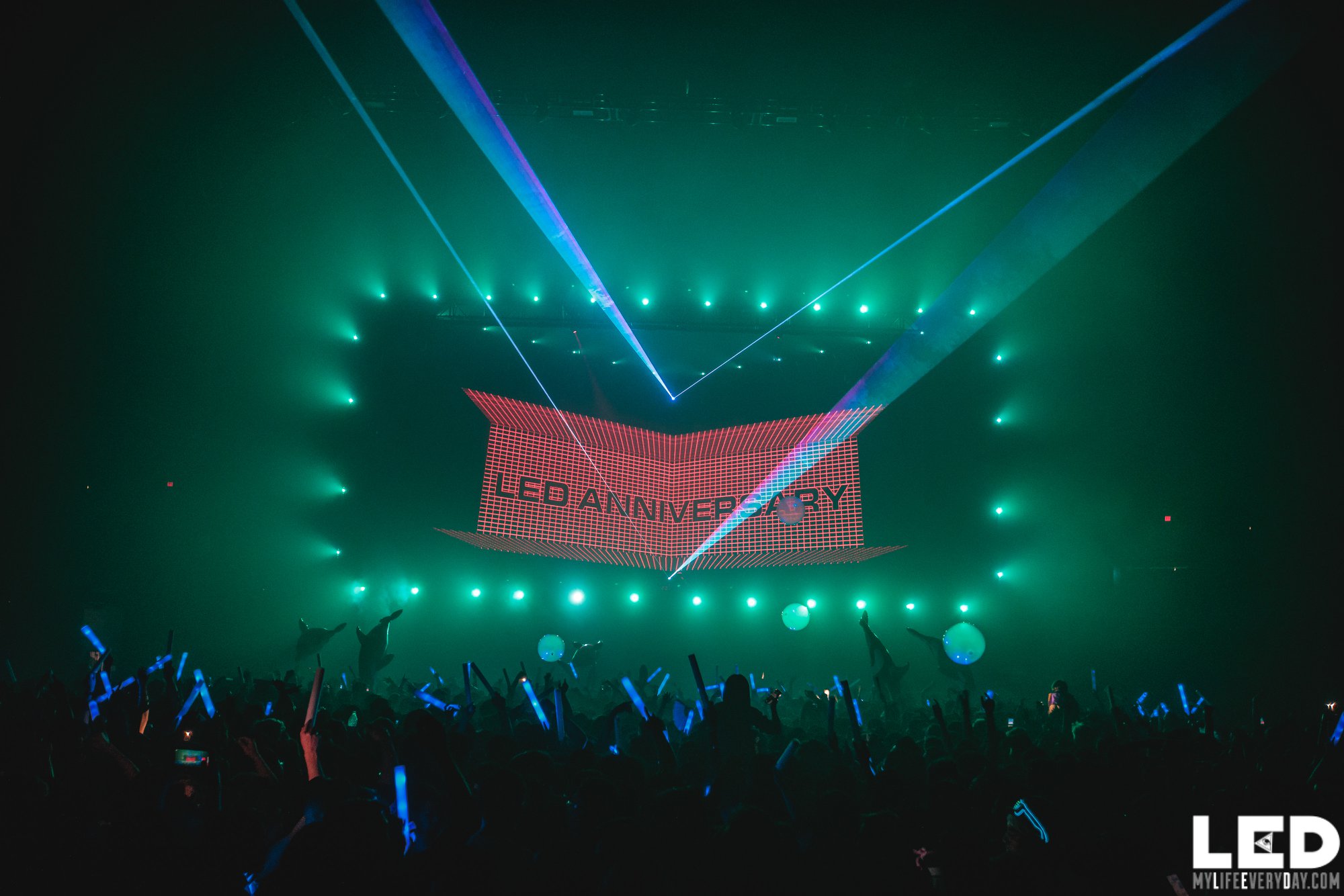 Boombox Cartel b2b Deorro, Joyryde, and more will be throwing down some heat at LED Anniversary IX this February. Will you be there?

It seems like just yesterday that San Diego-based LED Presents was celebrating their first anniversary with a lineup that was absolutely stacked with talent. Over the years they have dominated the scene with plenty of events and showcases at nightclubs like Voyeur (RIP), Bang Bang, and Spin, and now they’ve announced the lineup for the ninth edition of LED Anniversary.

Taking the stage at LED Anniversary IX are a solid list of artists that will be making crowds move in the best ways. Sitting atop the bill are Boombox Cartel and Deorro who will be bringing their Latin flair to the stage as they dominate the decks with a b2b set you won’t want to miss. Joyryde and San Holo both had massive years in 2019 as they’ve risen to the top and also have found a home on the lineup as well.

Rounding things out to make the upcoming anniversary a memorable one are Trivecta, Xie, and Yetep who all have been making some major waves in the scene in their own rights as well. The ninth anniversary of LED will surely be another epic offering at the LED Dome in San Diego, so don’t sleep on this show!

Fan Club and Early Bird tickets for LED Anniversary IX go on sale Tuesday, January 7 at 12pm PST, check your inboxes for the link or head over to Showclix for the main sale! 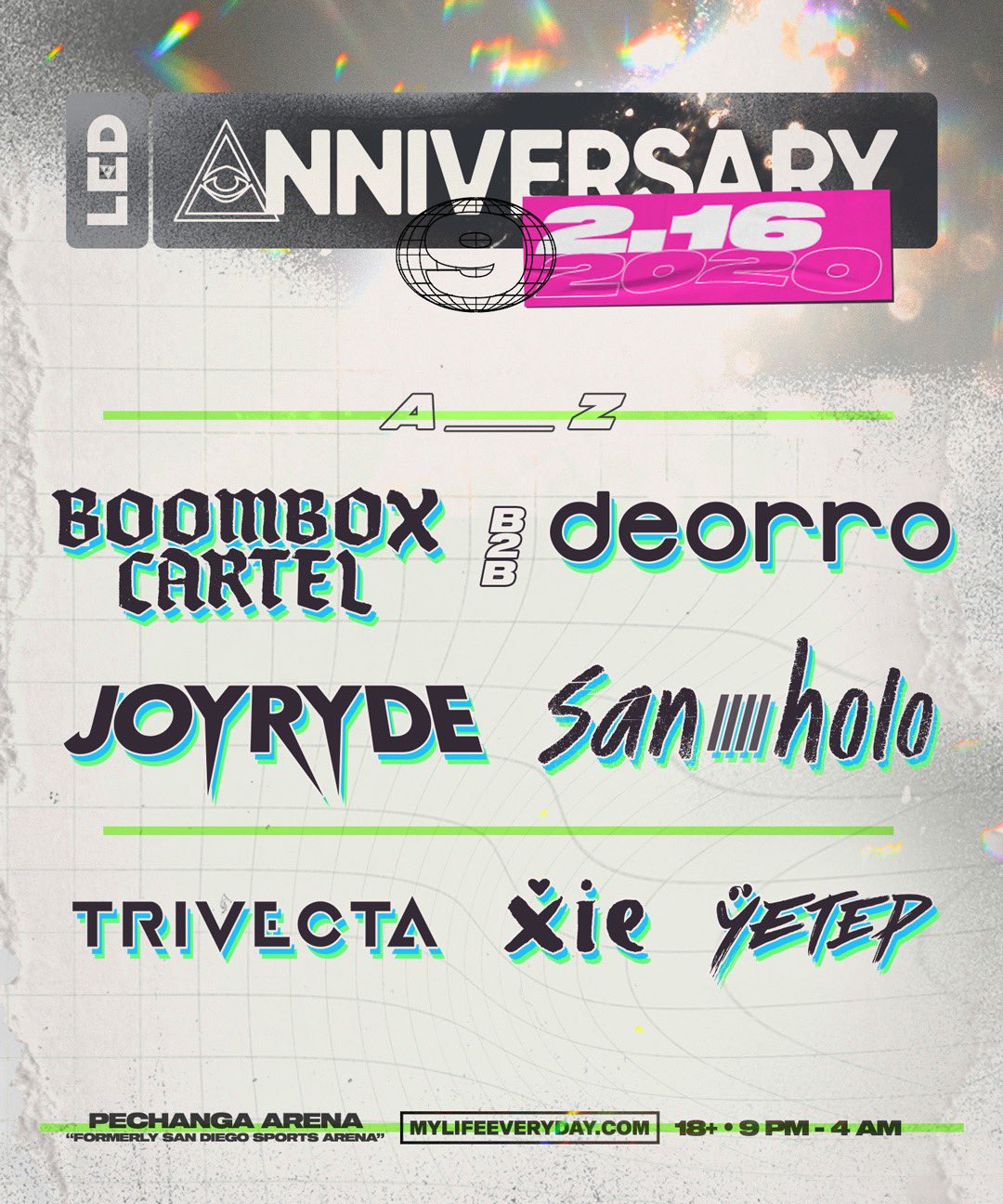