Held annually on Memorial Day Weekend at the esteemed Three Sisters Park in Chillicothe, Illinois, Summer Camp Music Festival (often referred to as SCamp) is preparing for a rowdy return in 2020. 20 years is a pretty historic achievement, so it’s only right that this initial lineup pays homage to the decades of dancing that SCamp enthusiasts have enjoyed.

Offering a plethora of genres and vibes on the initial bill, Summer Camp Music Festival is set to be a party-worthy playground for music-lovers all over the spectrum. Veteran bands moe. and Umphrey’s McGee will make a righteous return, and fans can look forward to a legendary performance by the one-and-only Ween. The bill balances out with some major EDM entertainers such as Rezz, Tipper, and Snails, offering an eclectic listening experience from beginning to end.

A bit further down on the lineup finds some funky feels like The Floozies, Manic Focus, Cherub, Break Science and more, while acts like CloZee and Emancipator will bring some trippy tribal tunes to the mix. Stay tuned for more to be announced as well as we’re sure there will be some fantastic editions to mark this special anniversary!

With this stacked of an initial lineup, Summer Camp is sure to bring the heat even more with additional artists in the future for their 20th anniversary. Be sure to grab your tickets as early as possible, and stay tuned for more announcements to come! 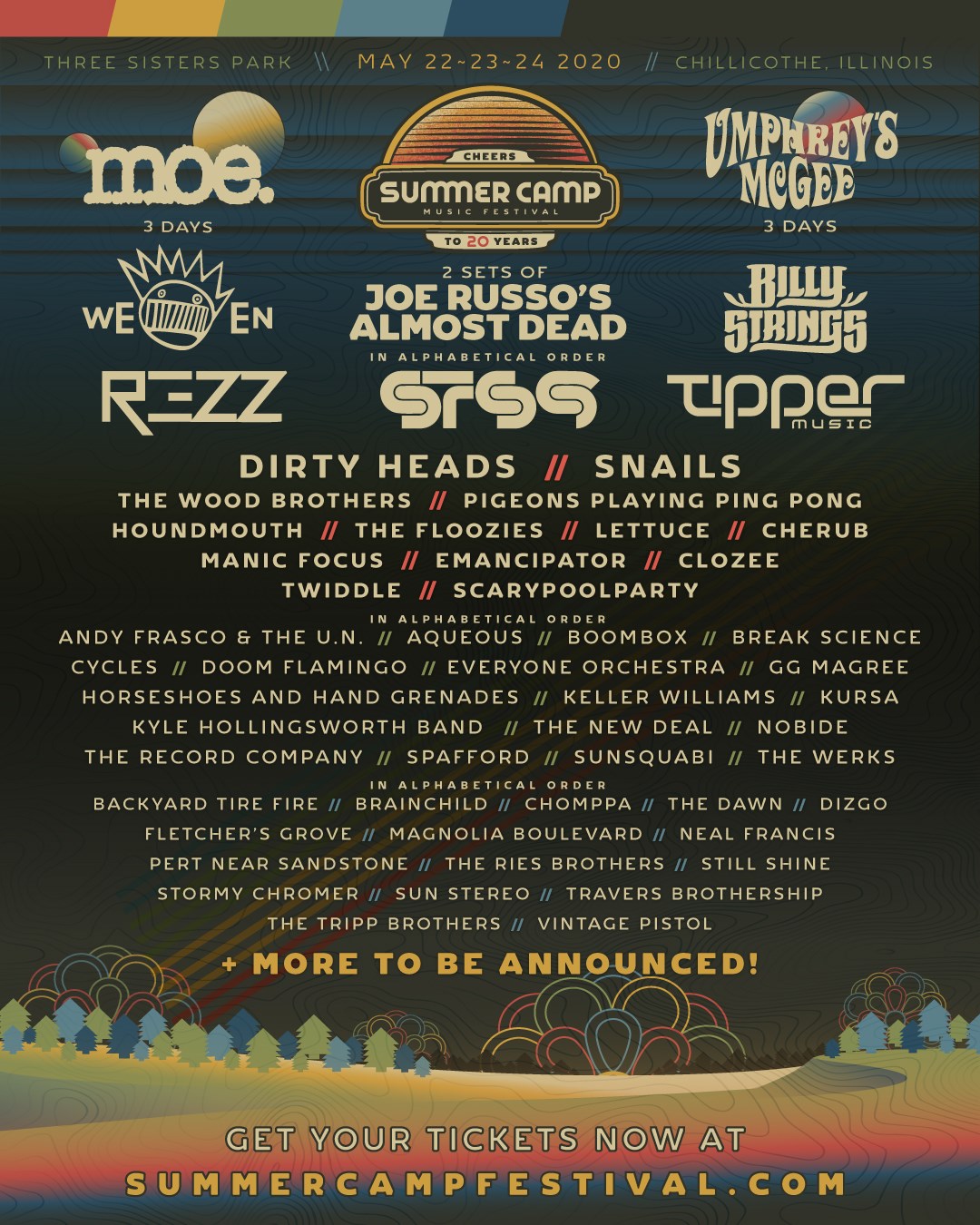