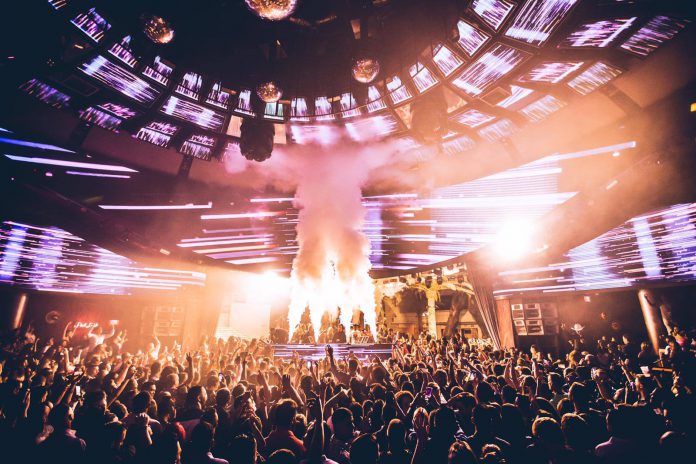 The latest addition to the Sin City nightlife scene has already shuttered its doors as the closure of KAOS Dayclub and Nightclub has been officially announced.

There’s no doubt that there’s some serious competition in the Las Vegas nightlife space and now the newest entrant to space has fallen in the ongoing battle between megaclubs. After a promising debut that featured cutting edge production and a stellar lineup of top-tier talent that included Marshmello, Kaskade, Above & Beyond, and Eric Prydz among others, KAOS Dayclub and Nightclub has officially shut down operations.

Opening in April of this year, KAOS was part of the Palms Casino Resort remodel that hoped to bring in new guests to stay at the off-strip property. Initially, it seemed as if the club would become another must-see when visiting Sin City, but after the summer season came to a close rumors began to circulate about problems surfacing even while the plans of enclosing the venue in a dome continued on.

Those rumors picked up steam and were bolstered in early October as Palms hotel-casino Vice President and General Manager Jon Gray stepped down from his post after Marshmello was suddenly released from his residency. This came after multiple members of the KAOS team departed in August as well which led many to wonder what the fate of the club would be.

Today, Red Rocks Resorts, Inc who operate the Palms Casino Resort released a statement that announced the shuttering of the club with the intent to reassess its potential use in the future. The resort pool will remain open for guests of the hotel.

“This afternoon, Red Rock Resorts, Inc. announced the closing of KAOS dayclub and nightclub at the Palms Casino Resort, effective immediately. While Palms has experienced exceptional growth across both the gaming and non-gaming segments of the business, the expense side of the business has been challenging to date, due in large part to the entertainment and fixed cost structure associated with KAOS. Therefore, we have decided to take some time to reassess the programming and use of those venues going forward. In the interim, we intend to use the venues for private meeting space and special events, in addition to everyday resort pool operations.”

Stay tuned for more updates as this is a developing story.