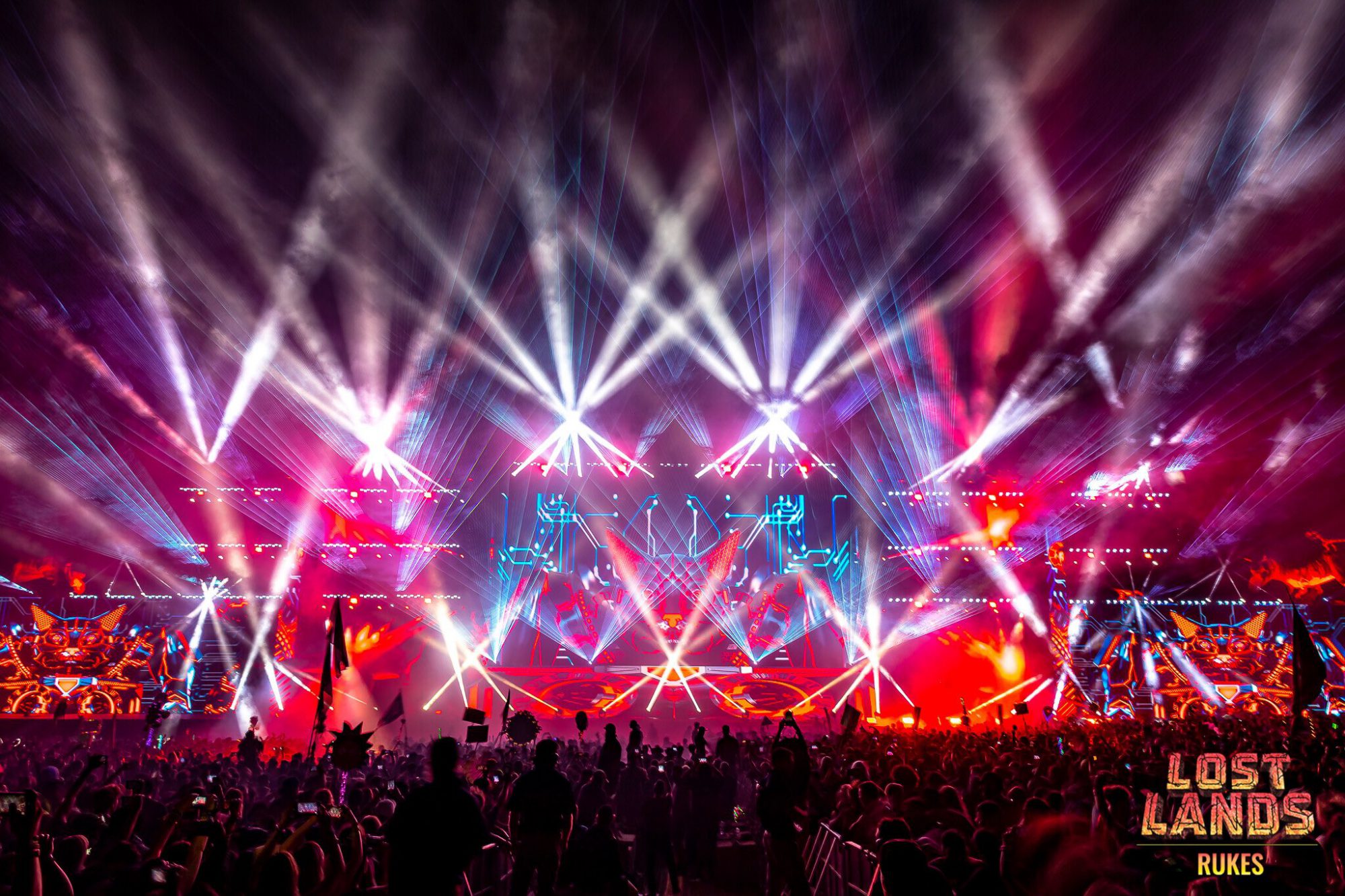 I attended Lost Lands Music Festival for its third year running and left with plenty of memories and a new perspective on bass music.

Since my first time attending Lost Lands back in 2017, my journey with bass music has gone a long way. I didn’t quite realize how much I had changed until returning to Legend Valley this year. Although I welcomed the familiarity of the stages, dinosaur statues, and prehistoric theme, I felt somewhat out of place in the midst of thousands of headbangers.

This year, I was accompanied by a new friend group and my boyfriend, who I recently introduced to bass music. Instead of ranting about which sets were my favorites (especially considering all of the ones I saw were pretty good), I’ve decided to take the time to reflect on how the festival has changed since its first edition and how I’ve changed since then as well.

Unlike the previous years I had attended, I found myself getting bored with relentless heavy dubstep.

Don’t get me wrong, I love dubstep, and everyone who knows me knows I can headbang like no other. But hearing set after set after set of the same sound was beginning to drive me crazy. I yearned for something different, and sometimes I found that. That’s why artists like G-REX, Liquid Stranger, ATLiens, Ghastly, Black Tiger Sex Machine, and KAYZO were some of the few who surpassed my expectations and did a great job of changing the pace.

I appreciated the decision to move the sound camps inside the festival rather than keeping them in the campgrounds.

The sound quality still wasn’t as great as I was hoping, but it was worlds better than last year and there was much more space to dance. Sadly, I didn’t get a chance to experience the Cavern of Illusions, but I heard from others that it was a cool addition to the festival. With more festival decorations and the Cavern, Lost Lands appears to be trying to add more art installations to create a more immersive experience, which I am behind 100%.

Other great moments included meeting up with friends I hadn’t seen in forever, getting to say hi to Dion Timmer, seeing Zeds Dead in the flesh (yes I had a little freakout moment), and getting emotional in the rain to a couple of different sets. I was also happy to see the production for both main stages had been turned up a notch, making for an incredible live experience. Still, something just wasn’t the same.

Something I realized was that the community at Lost Lands had drastically changed.

When I had attended the first Lost Lands, I remember making friends with plenty of strangers every day. Everyone I had come in contact with was friendlier than anyone I had interacted with at previous festivals I had gone to. There was a sense of family and interconnection that I didn’t have in prior festival experiences. When I would finally attend Electric Forest for my first time in 2018, I likened those two festival communities to each other.

In 2018, the community at Lost Lands didn’t have quite the same appeal as the first year, but I still had a generally positive time with the crowd. After the festival ended, I began hearing complaints online about how attendees were more rude and abrasive than in the past. I chalked this up to first-year attendees being biased, so I didn’t think much of it. After arriving this year, though, I realized it wasn’t going to be anything like the previous two.

While I understand the actions of few do not reflect the many who work hard to ensure the safety, comfort, and happiness of Lost Lands attendees, I couldn’t help but be bummed out by the several negative interactions we had.

We were relentlessly shoved by people trying to get by, even when the surrounding area wasn’t crowded enough to excuse that sort of behavior. We were given dirty looks for seemingly no reason and even cussed out for not having our hands free to give a random person a high-five. We witnessed food vendors being yelled at and mistreated by festival attendees. People littered rather than taking the time to walk their trash over to one of the bins and then rudely wedged themselves in between my boyfriend and me to snag a spot on the side rail.

It wasn’t just Headbangers who were disappointing, but some of the festival staff as well. We were walking back to camp one night when a security guard grabbed my friend’s balloon and popped it with no explanation as to why. Volunteer staff screamed at and insulted people when they failed at standing in an organized line at the general store to get ice.

When my friend was sick and throwing up at camp and finally found the energy to walk uphill to our camp’s medical tent, they weren’t all too helpful.

The staff at that medical tent told him all they had were band-aids and ibuprofen. They then said he would need to travel to the one inside the festival for more help. Unable to give him a ride to that medical tent, his options were to make the 20-minute walk while he was doubled over throwing up every ten minutes or pay for his own ride inside.

Once inside, all he received at the festival’s med tent were a couple of Tums. He remained painfully ill for the rest of the night and frustrated that no one could help him. I’m hoping that in future years the medical staff can be better equipped to handle situations like this one.

Ironically, the only time I felt Lost Lands was well organized and on the same page was with security check-in and the day parking lot staff. These were two aspects that I struggled with the most at Lost Lands last year, so Excision and his team fixing that issue was definitely good to see.

Despite all of this, my group and I still had an overall good time.

I ended up missing several artists I was keen on seeing, but after a while, I stopped trying to adhere to the schedule I had made prior to arriving and just went with the flow – and I’m happy I did. Some of my favorite sets were ones I didn’t initially plan on seeing like ATLiens and Sullivan King absolutely blew my mind on the second day.

I also enjoyed what little I saw of SLANDER b2b Spag Heddy and the Excision b2b Illenium set. Even with a lack of energy on the third day, Space Jesus and FuntCase had some of my favorite sets of the weekend, and I couldn’t help but smile the entire time during both of them.

I will always look back on Lost Lands with admiration and thankfulness because without it I would have never gotten into bass music to the extent I have now.

At the end of my four days in Legend Valley, I realized this place was no longer my home. It was difficult to come to terms with, given that Lost Lands was my favorite festival for the longest time and my entry into bass music, but for me, it is time to explore and experience new things. This music is something that means the world to me, and I don’t want to get burned out on it.

Though my time headbanging with dinosaurs may be over, I encourage all my fellow headbangers and heavy dubstep-lovers to give Lost Lands a chance in future years. I want to take the time now to thank Excision and his team for putting on this festival. While it may no longer be my home, it is one to others for years to come. I know with Excision’s dedication and care for the EDM community, it will only improve for future editions.