Kaskade, Seven Lions, Marshmello, and more have been announced on the lineup for the first-ever edition of Escape: Psycho Circus Korea!

One of the most renowned events that Insomniac hosts annually is their haunting celebration of all things spooky at Escape: Psycho Circus. Since its debut in 2011, it has grown to become the largest Halloween festivals while continuing to deliver out-of-this-world production elements and performances from major names in the scene. Now, they have their sights set on the first edition of the festival outside of SoCal with the news of Escape: Psycho Circus Korea.

Announced for the same weekend as its big sister in SoCal, October 25-26, the Korean edition of Escape: Psycho Circus will be bringing dance music fans in Asia the first taste of this Halloween-themed event. Hosted at Seoul Grand Park, the two-day dance music extravaganza will see Insomniac team up with Korean events company EDM&Co who they recently partnered with for the upcoming debut of EDC Korea.

Along with the announcement of the festival today, Insomniac has unveiled a number of heavy-hitting artists who will be joining the lineup. House music lovers will be stoked to see Kaskade and Galantis on the bill, and the initial lineup is rounded out with artists including JAUZ, Marshmello, Seven Lions, Slushii, and Kungs. More artists are still to be announced as we arrive closer to the date of the show.

GA and VIP tickets go on sale July 17 at 10pm PT, head to their website for details on pricing and more. Will you be attending the debut edition of this fright-filled festival in Korea? 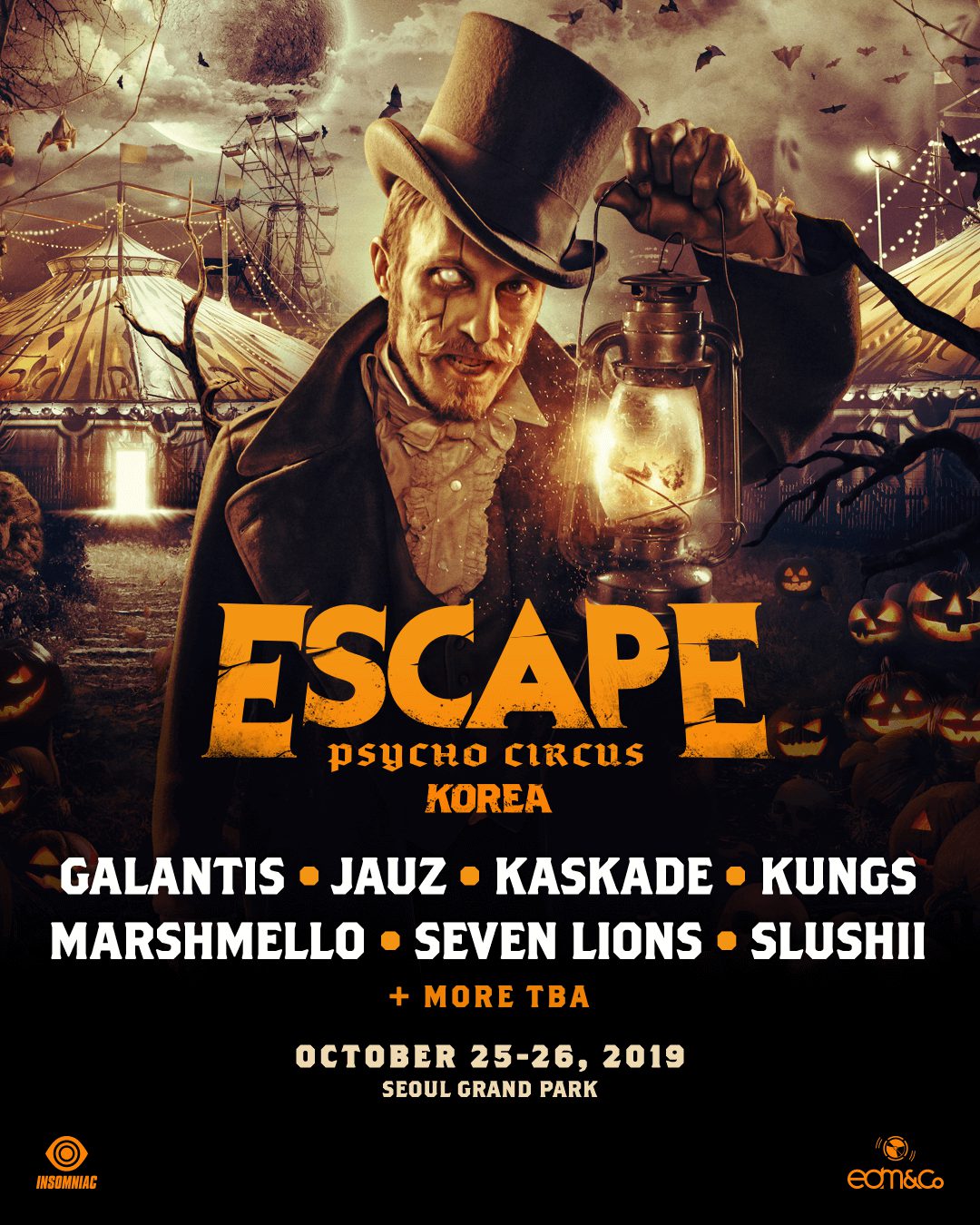