Due to circumstances beyond their control, today the Super Mega Ultra Giant Mad Decent Block Party has announced the festival has officially been cancelled.

Over the years, Mad Decent has become renowned for throwing some of the craziest parties in the dance music scene. Whether taking over stages or touring the country with their Mad Decent Block Party series, these shows have been some of the wildest experiences for fans of the label while also allowing them to showcase their own established artists and rising stars.

After the touring series came to a close, this year they opted to focus their efforts on hosting the Super Mega Ultra Giant Mad Decent Block Party at Gillette Stadium outside of Boston, MA in Foxborough. While the festival was set to feature an array of talent that included the likes of Billie Eilish, RL Grime, Dillon Francis, Zeds Dead, and Major Lazer, today Mad Decent has announced that the festival will not be taking place.

The news today came as a surprise since the festival was less than two weeks out from its planned dates of July 20-21. In their statement that was released on social media and published on the event’s official website, the Mad Decent team cited that they wouldn’t be able to put on the festival the way it had been envisioned due to “circumstances beyond their control”.

Refunds will be sent out to those who purchased tickets starting on July 12 and will take up to seven to ten business days to hit the billing statement of the credit card used in the transaction. Check out their full statement below and let us know if you had planned on attending this festival in the comments.

Read the full statement from the Mad Decent team: 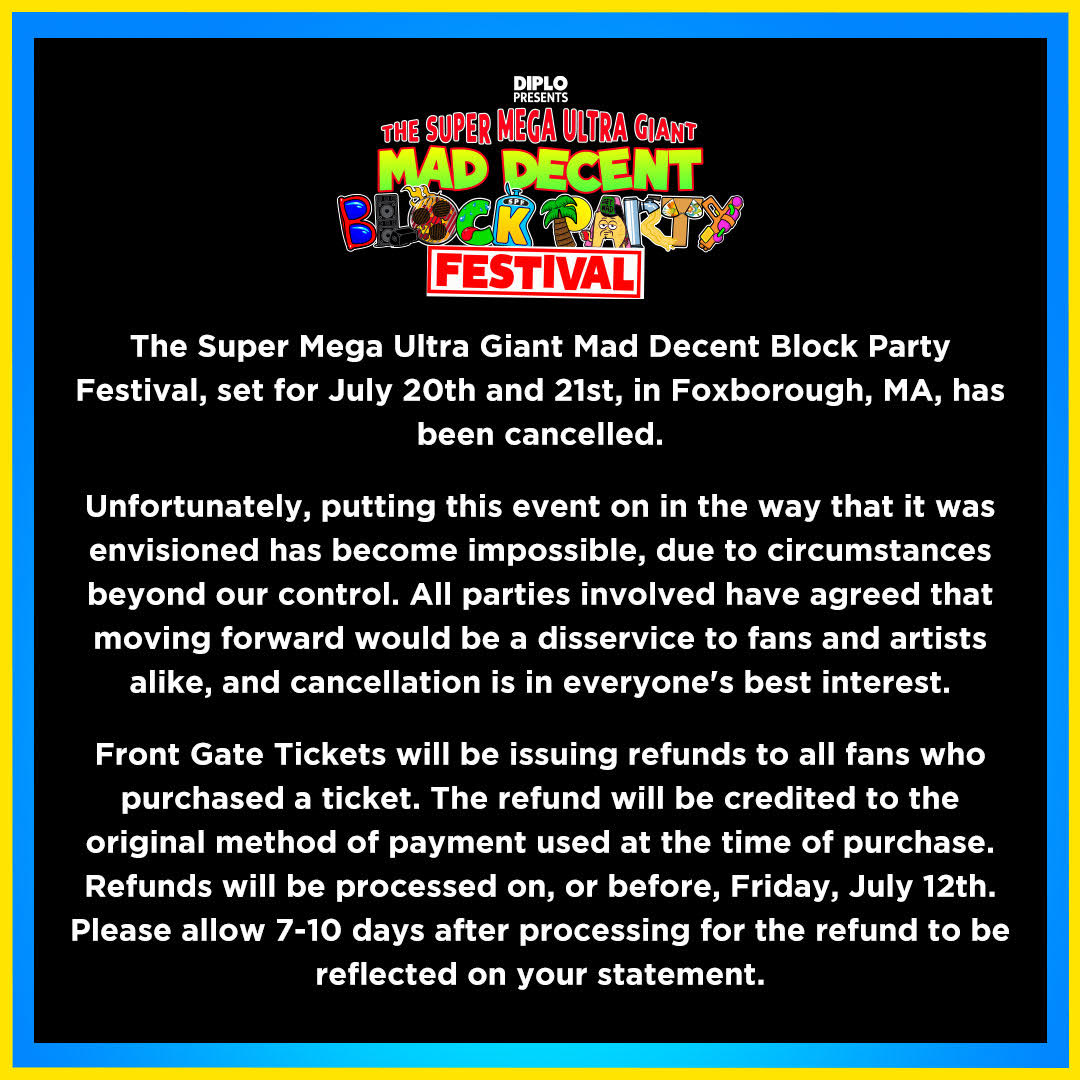