Get to Know Bósa in This Week’s Artist Spotlight 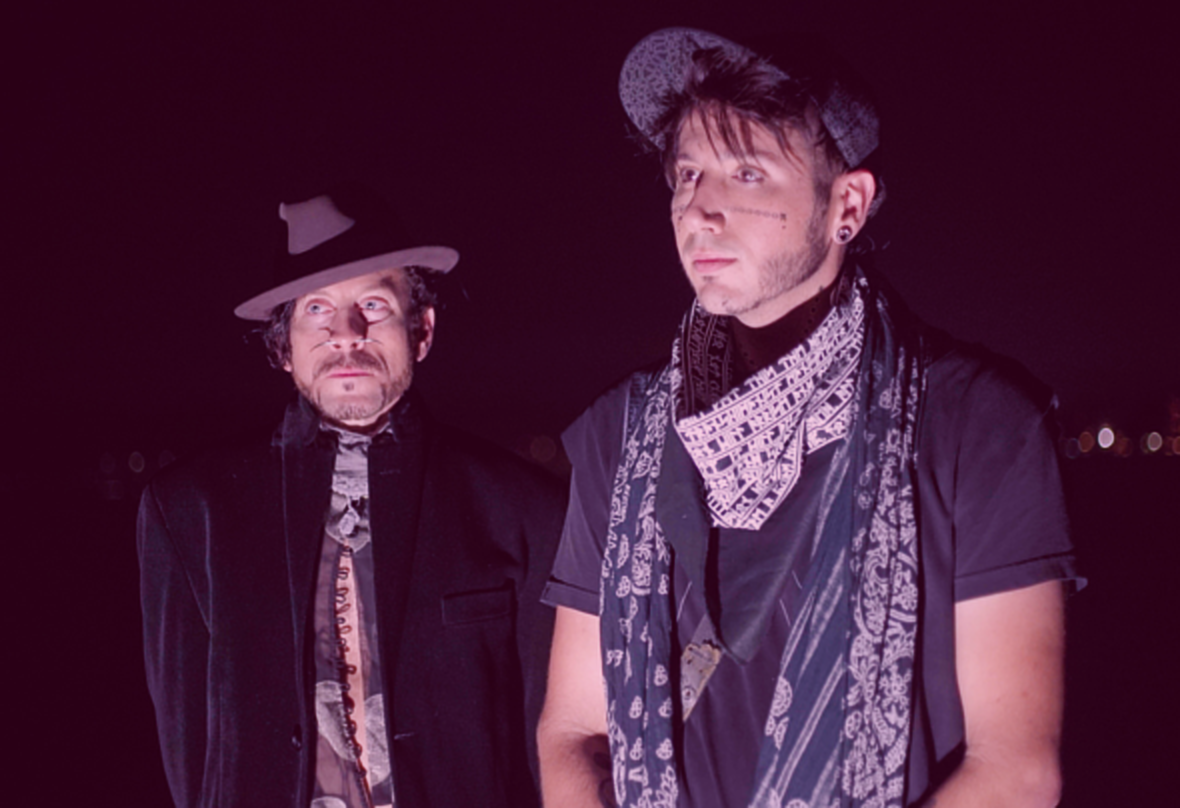 After creating some stunning soundscapes on Eyes of the Jaguar, Bósa stopped by to chat about their recent release and more!

While both Stephan Jacobs and Sunev have been producing music in the electronic realm for quite some time, it was only recently that they came together to create some true magic as Bósa. Blending the analog and digital worlds together, they’ve been stirring up some sonic goodness that will leave the masses in a true state of tranquility.

Taking the stage together for the first time at One Love in Southern California, they have since played a number of showcases and delivered some releases that have left many stunned. Most recently, they unveiled the Eyes Of The Jaguar EP that is brimming with tribal sounds and serene soundscapes that will simply sweep you off your feet.

Now, after riding the wave of their latest euphoric release, we sat down with Bósa to chat about what first brought them together, what their plans are with this new project, and more. Take a listen to their exclusive guest mix below and read on to learn more about this dynamic duo.

Hi Bósa, thanks for taking the time to chat with us today! Since you both have storied pasts, what initially brought you both together and led you two to launch this new collaborative project?

Stephan: Thank you for inviting us to talk about our project! We initially met in the underground club circuit, a few years after Sunev moved to LA from Tokyo. Sunev helped put together a birthday party for me (Stephan) where he ran the show and was DJing. Sunev invited also invited me to play one of his weekly events at Star Shoes Club in Hollywood.

We later ended up living together for a few years at a house in Atwater Village. That’s when Sunev began playing the full double bass drum kit with my EDM sets, which culminated in them playing a show, where they integrated world music and hand percussion.

It was really well received by many attendees who voiced their support.  A new path appeared, so we followed it wholeheartedly in creating a new sound.

For those who may not be familiar with your sound, can you share what you feel best describes the style and feel of the music released under the Bósa project?

The sound is a blend of exotic instruments from various regions such as India, Eastern Europe, Asia, and South America, infused with electronic sounds, synthesizers, samples and various percussion we record. The vibe varies from song to song, But overall it’s in the house genre. 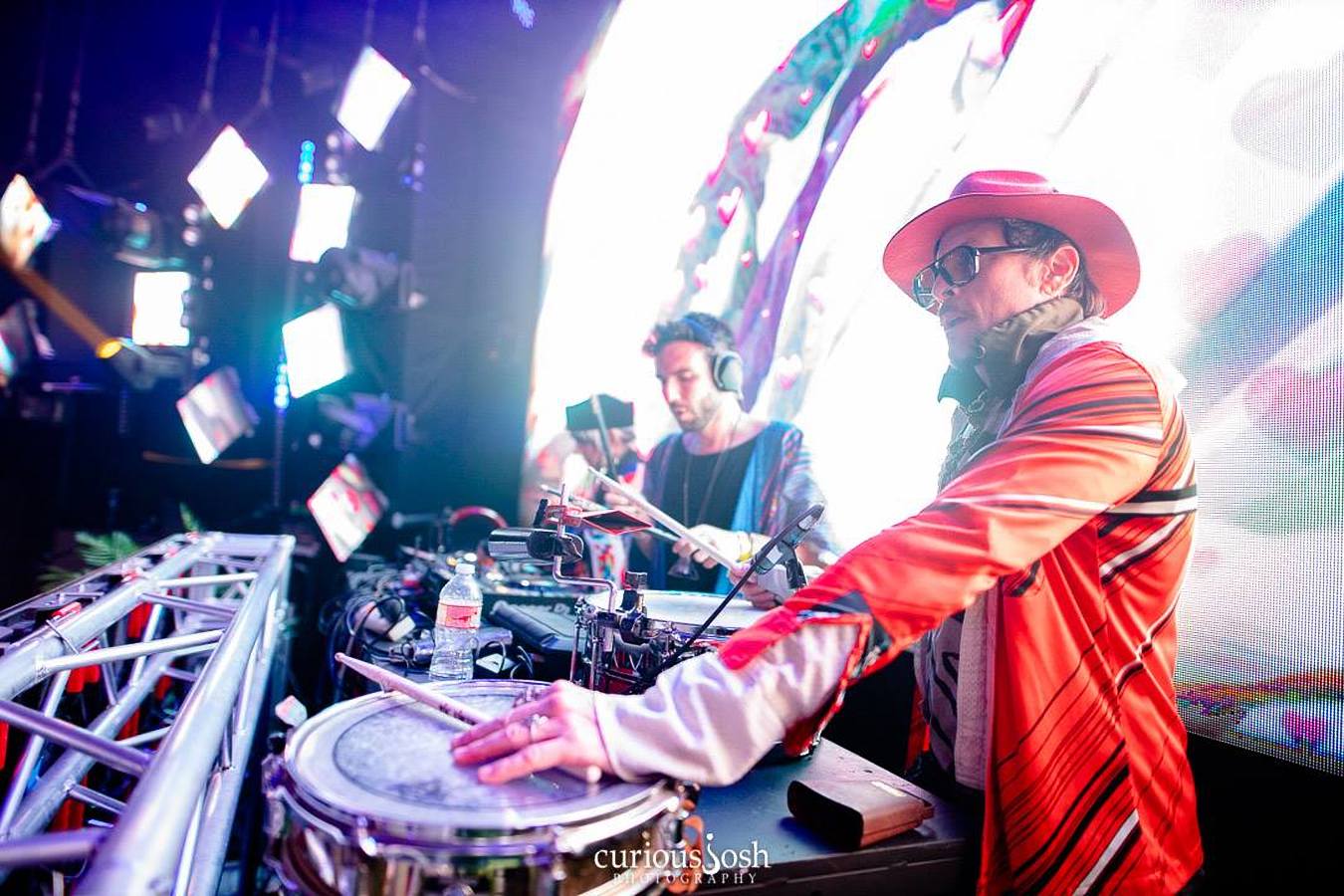 Back in May, you unveiled Eyes of the Jaguar that featured six tracks with stunning soundscapes throughout. What was the production process like on this release?

Thanks for the compliment! The process we employed was often times that we would find a great sample and work around that by first adding a beat and sub bassline and then continuing to build. As we progressed, elements that the song might need would become more evident so we might call a friend to add guitar, vocals, ocarina, santur, etc.

When you were in the studio did you approach the EP with a cohesive story in mind or were these separate productions that happened to flow together?

This work has been approximately two years in the making. Initially, we started with a decent collection of samples from a myriad of sources, which we would pull from that instilled inspiration, where the tracks would organically grow, and congeal into a grand picture.

Tracks on Eyes of the Jaguar like “Behemoth” and “The Way” incorporate tribal-like elements throughout. What is it about these ancient beats that you feel transcends the ages to remain fresh in the modern day?

There is just something about percussive and tribal elements that are weaved into the human psyche that is practically built into our DNA. Considering how we evolved along with sounds created out of the basic necessities to create, communicate, and celebrate.

Aside from your original work you’ve also touched up some tracks to put the Bósa spin on them like “Antaris” and most recently “Colors Of The Sun”. What drew you to these tracks and do you work on remixes differently than normal productions?

The remixes that we drew from already had a nice palate of sounds, groove and/or basslines to some degree which inspired us and also afforded somewhat of an easier approach that has a basis for creation, in comparison to the songs we begin from scratch.

Last year saw you take the stage at One Love as the debut of your live performances and have since played a handful of shows in SoCal. What are some of the preparations you make to get your heads ready to take the stage?

It’s wild how much preparation goes into everything peripheral to the actual performance.
In general, we will check the equipment that we plan to bring to the show and do some rehearsal to tighten up the elements that will be created live. By the time we are hitting the stage we have covered most of the aspects to the degree that we are focused on presenting an enjoyable moment. A bit of stretching and a few push-ups to warm up also helps get limber.

As artists who both have lengthy histories making music for the masses, what is the biggest lesson that each of you has learned over the years?

Good question! Some of the bigger lessons that continue to live as reminders are to have a contract that clearly states an agreement as best as possible, put names on your gear so as not to leave it behind or lose it. Have a back up of the most important tools, such as the power adapter, cables, or source the music is on.

Now that we’re halfway through 2019, what are some goals and ambitions you have that you’d like to achieve in the rest of the year and beyond?

We are quite excited and a little anxious to line up many aspects of the project and are currently pursuing the avenues towards licensing our music for sync applications across the board of media and entertainment industries, while reaching out promoters so as to be a part of some great events while we tour in late summer, culminating in something spectacular for New Year’s, which is also Stephan’s birthday.

Our goals are to have adventurous journeys abroad to exotic lands, to connect with our fans on a personal level and share our music on the grand stage of life.