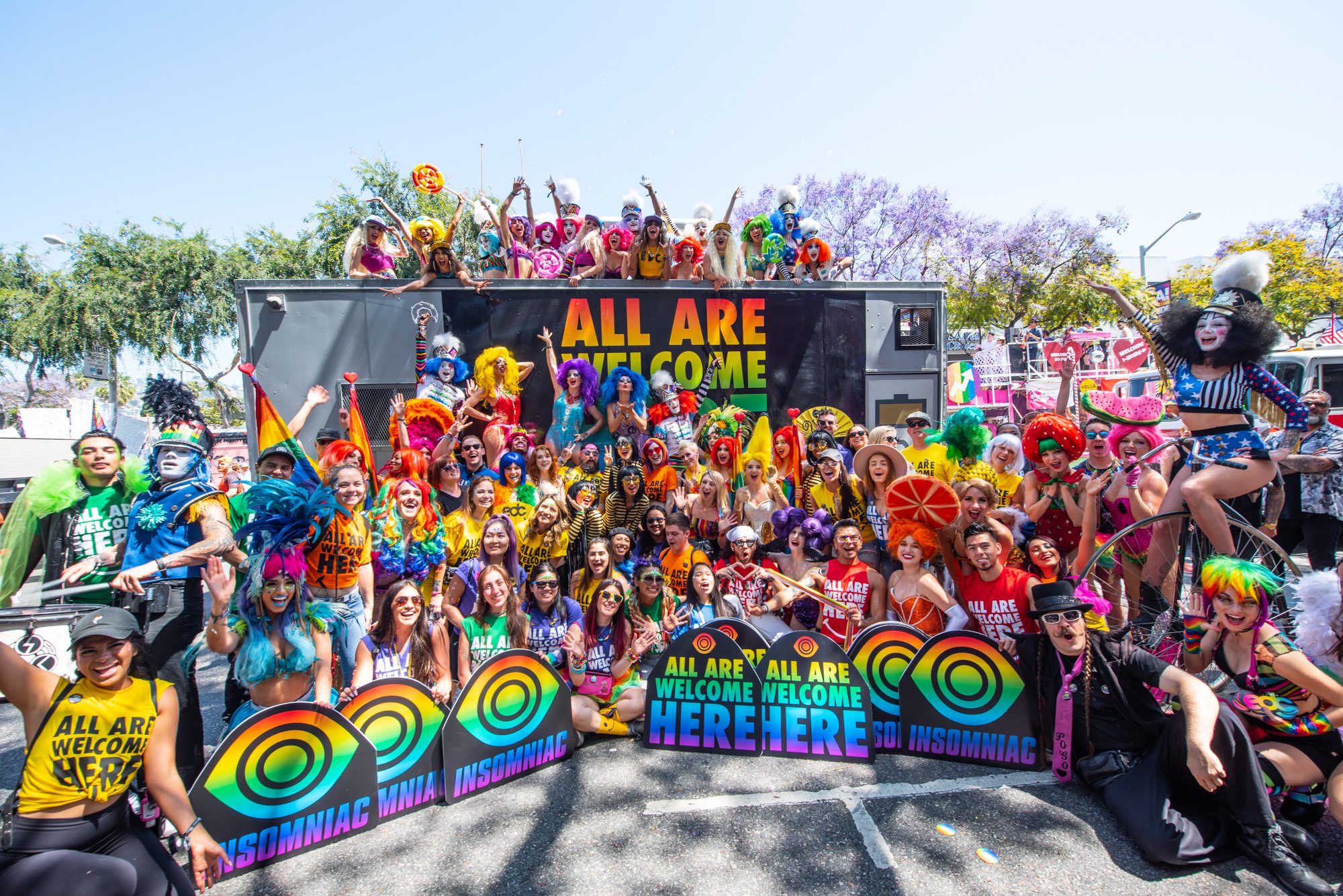 Known for their message of equality, diversity, and inclusion, Insomniac continues to be strong supporters of the LGBTQ+ community and Pride Month celebrations.

When you take a look back at the roots of dance music at venues like The Paradise Garage or attend modern-day raves and festivals, the message of peace, love, unity, and respect is a persistent theme that permeates the culture. Although artists and members of the scene preach that message regularly, few display it as prominently as Pasquale Rotella and Insomniac Events.

Proudly bringing forth the inclusive message of “All Are Welcome Here” at their flagship festivals like EDC Las Vegas, Insomniac Events have been championing equality and diversity for many years. This month, they’ve continued their support of the LBGTQ+ community by adding to the fun of the Pride Month festivities in Los Angeles and Mexico City.

This weekend, the Boombox Art Cbar and troop of colorful performers will head South to Mexico City to take place in their Pride Parade as well. Kicking off at 10am on Saturday, June 29, the Marcha de la Diversidad (March of Diversity) draws in over a million people in celebration of the large LBGTQ+ community in Mexico for a weeklong celebration.

Earlier this month, thousands descended upon West Hollywood for Los Angeles’ Pride Parade, and joining in on the fun was the Insomniac crew and their trusty Boombox Art Car. Bringing along performers that included dancers and stilt-walkers, they marched in unity alongside members of the LBGTQ+ community in the City of Angels. In true Insomniac fashion, they also threw down some fantastic beats for attendees to dance away to as well.

Take a look at the recap video they posted to Instagram below and let us know if you were at the Pride Parade in Los Angeles this month!