Above & Beyond Will Head to Prague for ABGT350 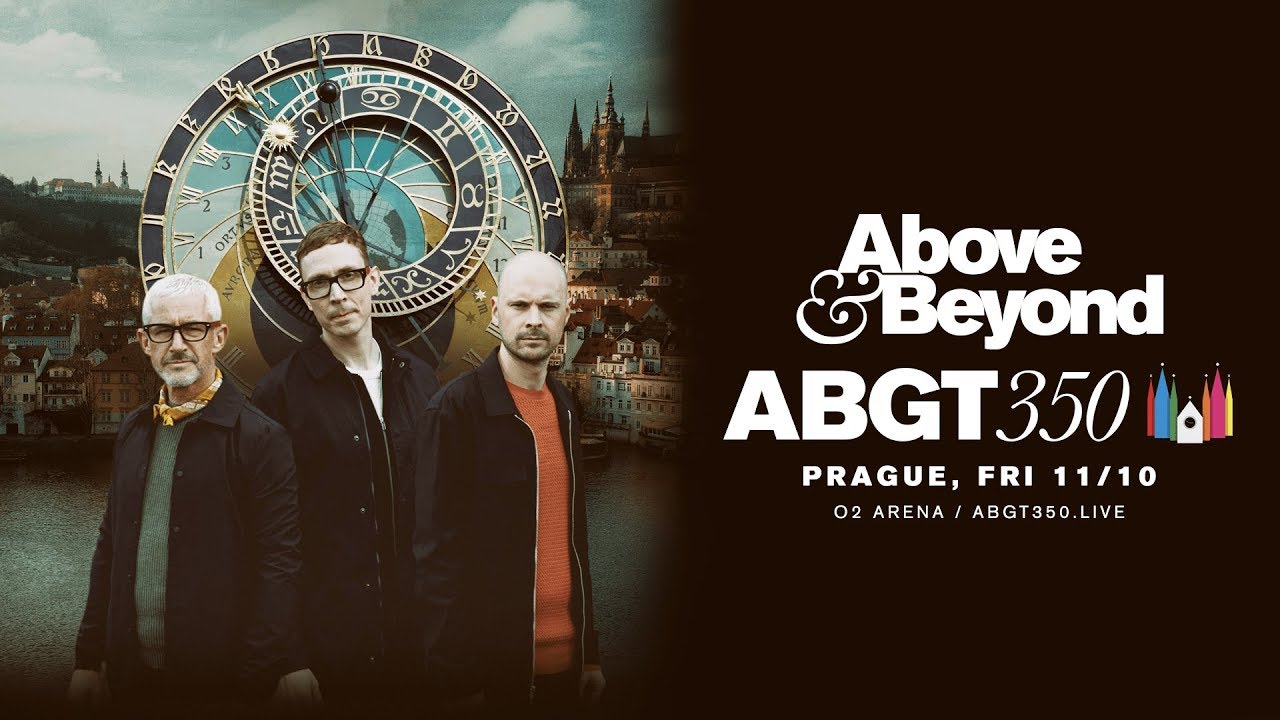 Above & Beyond have announced that they will be heading to the O2 Arena in Prague on October 11 to celebrate ABGT350!

Since launching their Group Therapy radio show, Above & Beyond have taken their milestone episodes to cities like London, New York, Sydney and most recently Hong Kong. Now, they’ll be heading to the heart of Central Europe for ABGT350 and touching down in a city rich in history, Prague.

Set to take place on October 11, Above & Beyond will be bringing the signature Anjuna vibes to the O2 Arena in Prague for another stunning edition of ABGT. One of the most colorful cities in Europe, Prague is the capital of the Czech Republic and a popular destination that has plenty to explore. Known for festivals like Transmission, it is exciting to see ABGT350 head to this iconic city for an unforgettable night of music.

“We’ve been lucky enough to perform at the O2 Arena in Prague a few times and have always been blown away by the atmosphere and the quality of the production. That, coupled with the fact that Prague is one of the beautiful cities in the world and on everyone’s must-see list, makes this the perfect destination for ABGT350. Forget what you think you know about ABGT… this will be Group Therapy on a grand scale.”

While details surrounding who will be playing ABGT350 are yet to come, we’re excited to see what’s in store from the iconic trio this fall! They’ve already announced that there will be some VIP options and enhanced experiences available for their biggest fans. Additionally, if you’re a lover of Anjunadeep they’ve got an after party slated for October 12 as well, so definitely plan to stay that extra day!

RSVP to ABGT350 on Facebook for the latest updates and information, and get ready for the ticket sale on sale March 11 at 11am CET via ABGT350.live/tickets! Will you be attending the upcoming edition of Above & Beyond’s Group Therapy?

Connect with Above & Beyond: