PRYDA will be taking his talents to the East Coast for a string of shows including the closing performance at Brooklyn’s Navy Yard Building 28.

The news from Eric Prydz keeps on rolling out this month and we can’t get enough of it. After the announcements that he’ll be debuting the EPIC: HOLOSPHERE concept at Tomorrowland in July and that he’ll take the stage for a b2b set with Adam Beyer at Creamfields, Prydz has now released details of upcoming PRYDA shows in February and March.

Releasing the dates and venues today, we now know that PRYDA will be gracing cities like Toronto, Chicago, Boston, and Washington DC in the coming months. This string of shows also includes a special performance in New York as he’ll be the final artist to perform at Navy Yard Building 28 on February 23.

Of all the aliases that Eric Prydz has released music under over the years, PRYDA is one of his most well-known by his fans around the world. Releasing tracks like “Pjanoo,” “Allein,” and more which continue to receive play to this day, the distinct sound that he established as PRYDA has influenced a generation of progressive house artists. Sets that feature this alias are hard to come by, as Prydz has been blasting fans with darker techno-fueled offering as Cirez D on a more common basis lately.

Tickets for these upcoming shows are on sale Wednesday, January 23, with specific ticket links for each show that can be found below. Which city will you be heading to so that you can catch PRYDA? Let us know in the comments! 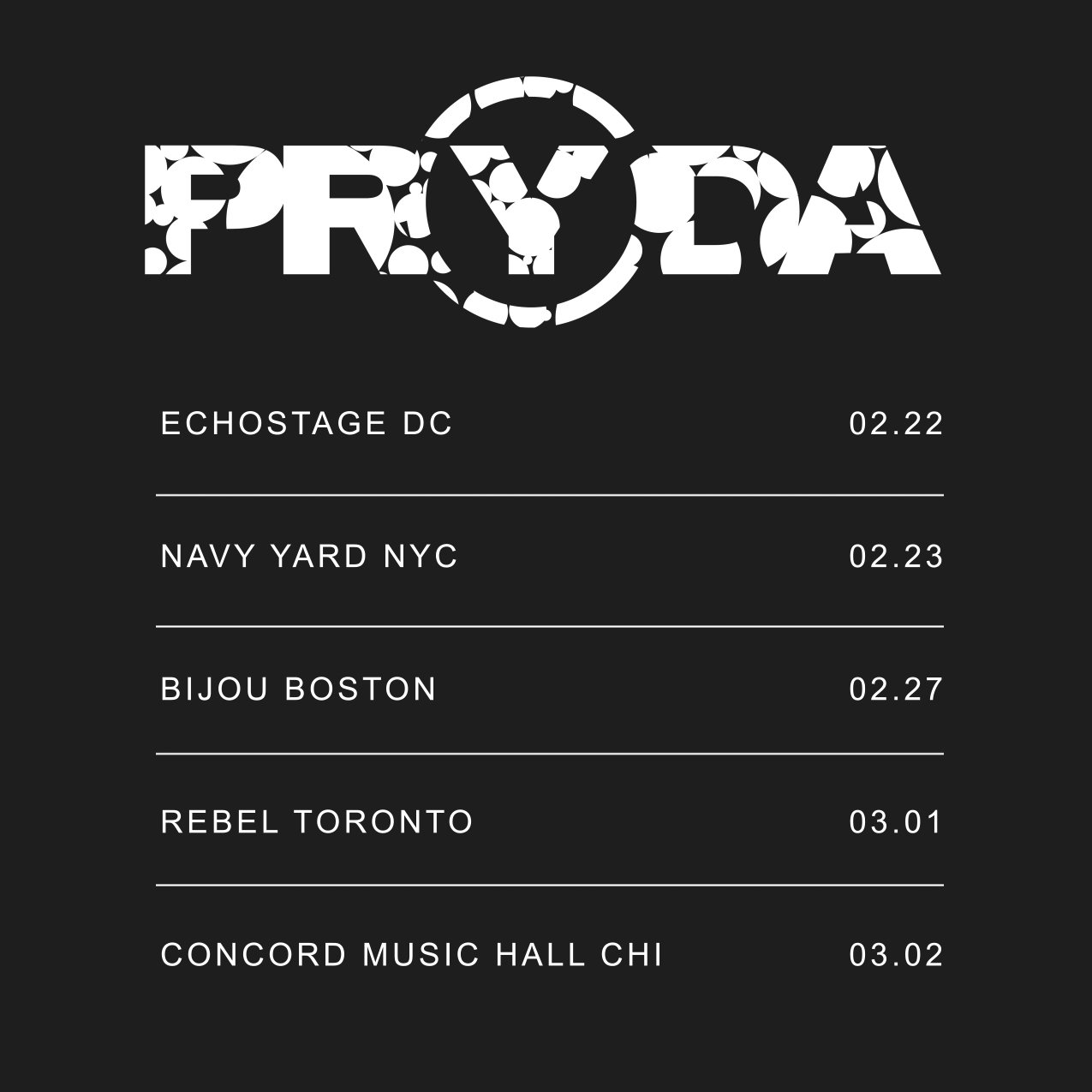