Groove Cruise Miami adds Lost Frequencies, EDX, and more to their massive 2019 lineup along with a DJ Contest to enter!

Groove Cruise Miami will set sail on January 10-14 next year aboard the Celebrity Infinity to celebrate its 15th anniversary. Adding to the already epic list of artists and stages, they have just announced the addition of EDX with his own branded stage, No Xcuses, and Lost Frequencies with his own special stage, Lost Frequencies & Friends. However, Groove Cruise didn’t stop with just those two artists! The 2019 lineup will also see Sean Tyas, Sons of Maria, Monoverse, and Kryoman for 96 hours of non-stop dance music.

This lineup boasts some of the best in house, trance, and techno and will make for an epic 15th-anniversary celebration. Headliners already announced include Kaskade, Aly & Fila, Hot Since 82, MK (Marc Kinchen), Markus Schulz, and Simon Patterson. Attendees can get their fix in whichever genre they like with the great blend of talent that will be present. 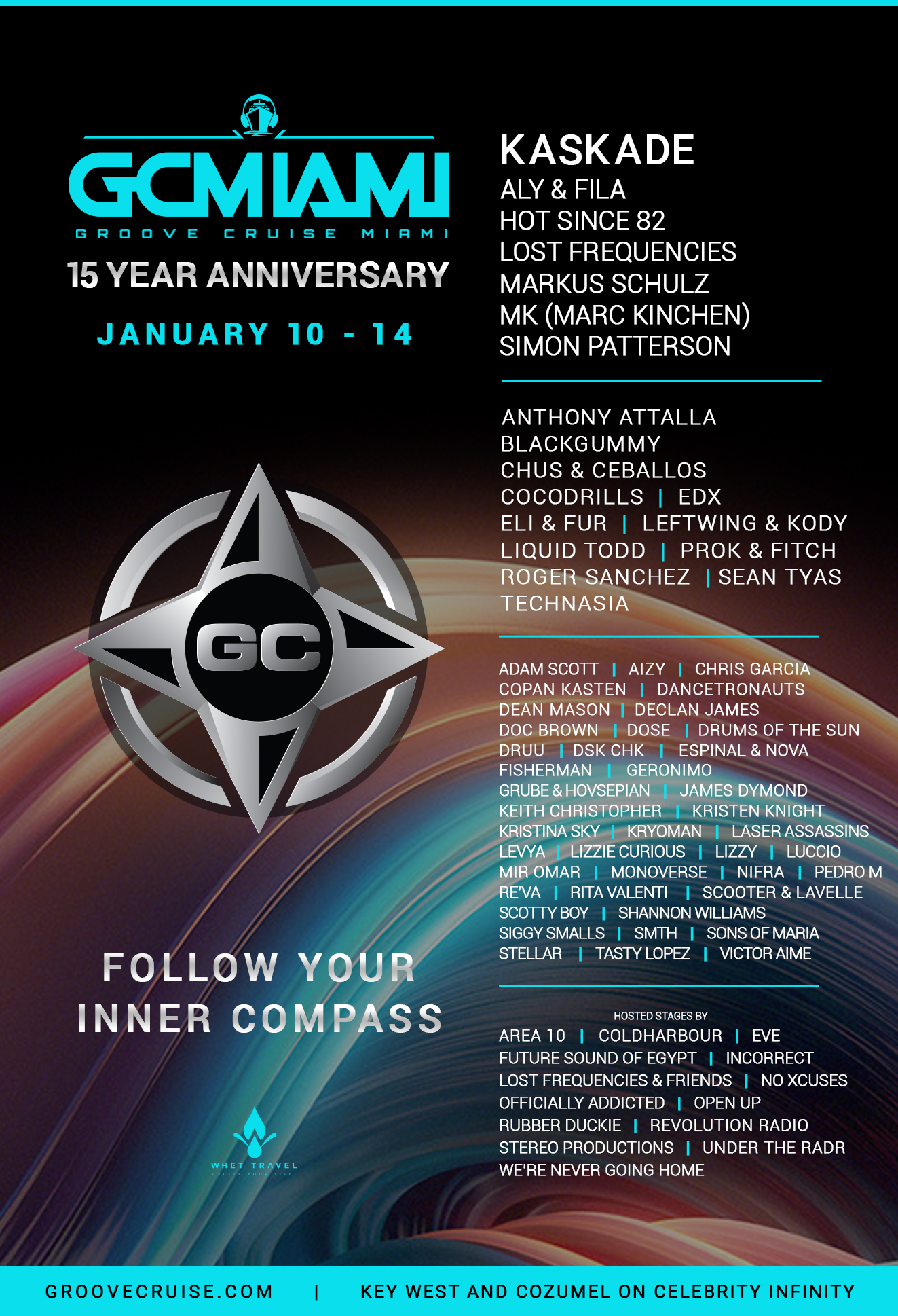 To celebrate its anniversary, Groove Cruise has announced an exclusive DJ contest presented by DJ Mag.

The contest will offer a once in a lifetime dream prize package for an aspiring DJ. One lucky winner will be chosen to attend Groove Cruise Miami and will receive a free ocean-view stateroom, airfare for two, and the chance to spin onboard Groove Cruise Miami along some of the biggest artists in the business! The contest begins on November 20 and ends December 13 at 12am EST. The submitted artist mixes will be evaluated by judges Markus Schulz, Simon Patterson, EDX, Roger Sanchez, Sean Tyas, BlackGummy, and Liquid Todd! Whichever mix they like the best will be chosen on December 18, 2018. 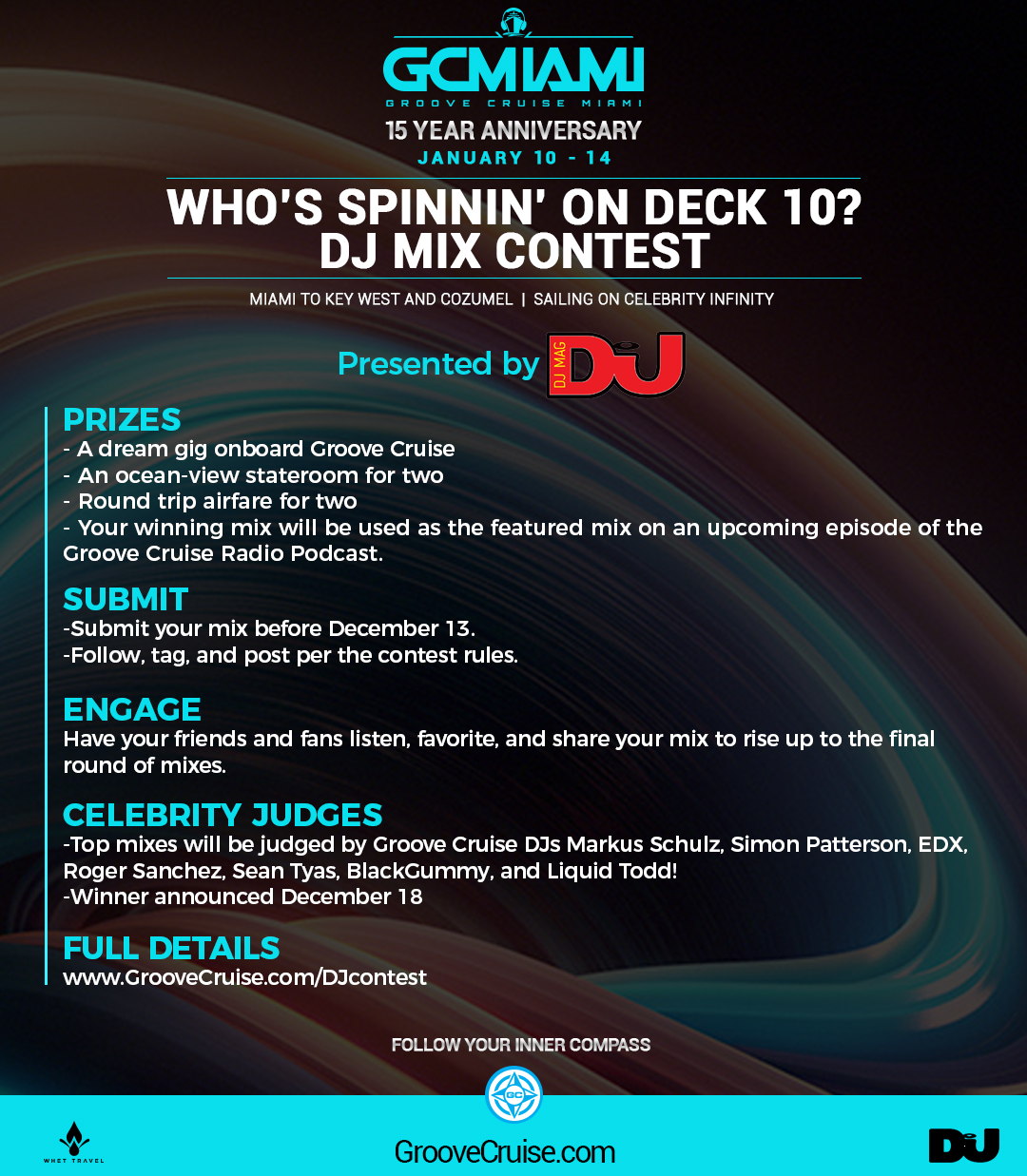 What makes this floating dance festival even better is the epic destinations that it always sets sail to!

Next January, Groove Cruise Miami will be heading from Ft. Lauderdale to two beautiful, tropical havens: Key West, Florida and Cozumel, Mexico. The stunning Celebrity Infinity features plenty onboard its 2,170 capacity ship including a casino, an indoor solarium, a full-service spa, a specialty restaurant with 3D projection mapping technology, and so much more.

So what are you waiting for? With more than 50 artists announced, themed parties, branded stages, and the #GCFAM onboard, this party is one you definitely shouldn’t miss out on! Groove Cruise Miami 2019 is 90% sold out, so book your room now before it’s too late.

Remember to use the code ‘EDMIDENTITY’ for a discount! 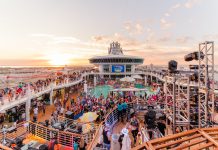 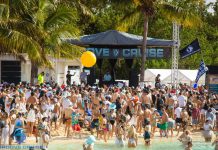 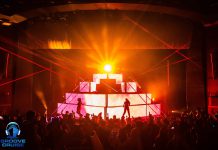