Insomniac’s trance brand Dreamstate will be touching down for the first time ever in mainland Europe next April. Will you be there for the debut edition?

Since the debut of Insomniac‘s trance brand Dreamstate brand back in 2015, the event series has become well-known for its stunning production, lineups that have been jampacked with talent, and of course, those signature Trance Family vibes. Over the past four years, Insomniac has brought the event to major cities like New York and San Francisco, while also touching down internationally in the United Kingdom, Australia, and Mexico as well. Today, they have announced the details surrounding the latest edition of the event, Dreamstate Europe.

Set to take place on April 27, 2019, at the Arena Gliwice in Gliwice, Poland, Dreamstate Europe marks the first time in which the trance brand will touch down on the mainland of the continent. Insomniac Events won’t be hosting this show alone though, as they’ve partnered with TME to help organize the one-day trance-filled extravaganza. Having brought A State of Trance and Sensation to Poland this year, we can’t wait to see what TME brings to the table for the debut of Dreamstate in the country!

Dreamstate has become renowned for bringing world-class artists to the stage and their edition in Europe will be no different. While more than over a dozen names are set to be released on November 14, they have announced the first three artists who will be playing at the event: ALPHA 9, Simon Patterson, and UCast. Stay tuned as more artists will continue to be released every few days via social media and station RMF Maxxx!

Tickets for Dreamstate Europe 2019 go on sale November 14, 2018, via abilet.pl and wlotki.pl. Don’t sleep on this epic edition that will surely bring trance family members in from all over the world! 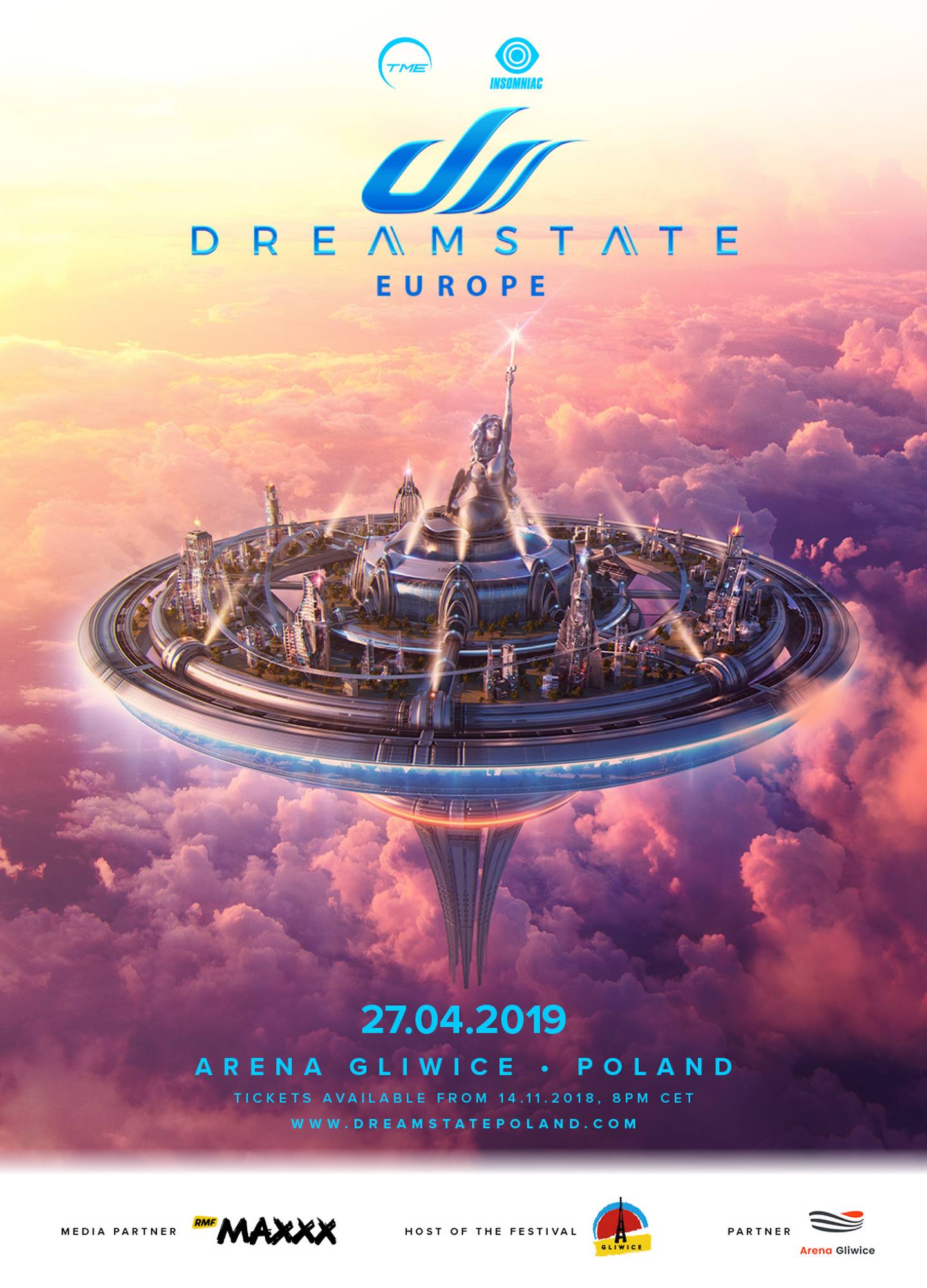