Take a Trip Back to Escape: Psycho Circus 2018 with These Livesets 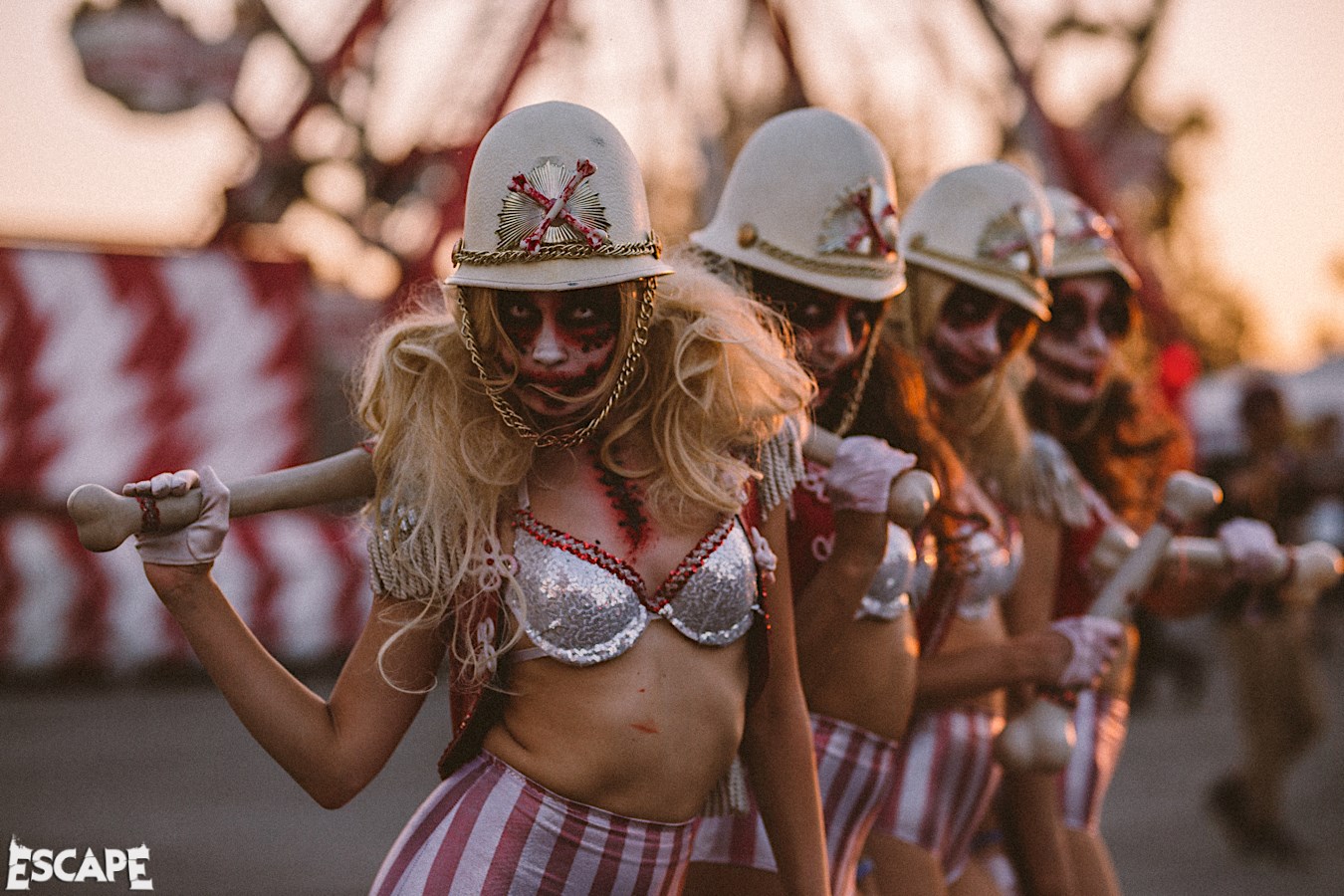 Did you get a chance to experience all that Escape: Psycho Circus had to offer this year? Head back to the madness with these livesets from some of your favorite artists!

Insomniac’s annual Halloween-themed event Escape: Psycho Circus took headliners on a trip down the rabbit hole on October 26 and 27 for another stunning edition. As thousands descended on San Bernardino’s NOS Events Center to lose their minds in The Asylum and celebrate the spookiest of holidays, the team at LiveXLive gave those at home a chance to take in all the action as well.

This year’s edition of Escape might just be one of the best yet and the artists playing definitely helped make sure of that. Whether you were getting a dose of hard dance or bass music at The Chopping Block, going deep down low with the underground sounds from Factory 93 at Cannibals’ Tea Party, exploring the Ghouls’ Graveyard with Eric Prydz, or soaking in some quality sets at The Slaughterhouse, we hope that you had just as much fun as we did!

While the event has now come and gone, but that doesn’t mean you can’t continue to relive some of the moments from the weekend. We’ve compiled some of the sets that have surfaced so far for your listening pleasure, so take a look at which ones have arrived below and let us know if you unearth a new one that we might have missed!