Insomniac has partnered up with fundraising platform Surreal to expand their Charity Initiative to EDC Orlando, with funds raised being donated to To Write Love on Her Arms.

As we begin to count down the days until EDC Orlando kicks off their 2018 edition, more news has surfaced surrounding the upcoming two-day festival. While we already know who will be taking the stage this year, Insomniac has officially announced that they’re launching a Charity Initiative for the first time at the festival, and are partnering up with Surreal to raise funds in support of To Write Love on Her Arms.

Earlier this year, Insomniac and Surreal partnered for their EDC Week Charity Initiative ahead of EDC Las Vegas, raising funds while offering exclusive experiences to fans. Now, they’re benefiting TWLOHA, who are dedicated to giving hope and assistance to those struggling with depression, addiction, self-injury, and suicide.

“Since we launched the EDC Week Charity Initiative four years ago, we have received so much support from both our Headliners and the artists who take the time and energy to participate. Insomniac is committed year-round to supporting local groups and helping causes that are important to our culture. The quest for self-care and acceptance is one that resonates deeply with our community, and I can’t think of a better partner to collaborate with on this initiative than To Write Love on Her Arms.”

Each package offers experiences with multiple artists paired with VIP passes and accommodations for EDC Orlando 2018. The three packages that fans can enter to win include opportunities to meet artists like Kaskade, Illenium, Alesso, Tiësto, and more, giving fans a chance to connect with some of their favorites.

Aside from the artist interactions, all winners will also receive the following:

Head over to givesurreal.com/edc-orlando-2018 for more details on the artists involved and how to enter in the contest. Winners will be drawn on November 2, 2018 at 11:59pm PT.

Since 2006, To Write Love on Her Arms has given funding to 110 organizations and counseling practices as they continue their efforts in connecting those who suffer from mental illness with professionals who can help. Those who donate $25 can help bring a message of hope to 150 people and assist them with free or reduced cost resources.

“For the last 12 years, our travels and relationships have spanned from crowded venues to sprawling festival fields and bridging genres from punk rock to EDM. We believe people need other people and should have the opportunity to tell and share their stories with others. Insomniac has played such an integral role in our story as they have made space in their festivals for us to engage with one of the most dynamic music scenes in the world. Their desire to positively affect everyone in their orbit falls directly in line with our mission and vision.”

Tickets for EDC Orlando are available now via orlando.electricdaisycarnival.com/tickets. Grab yours today and secure your spot at one of the East Coast’s best festivals! 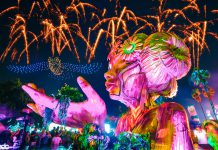 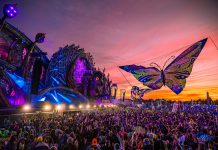