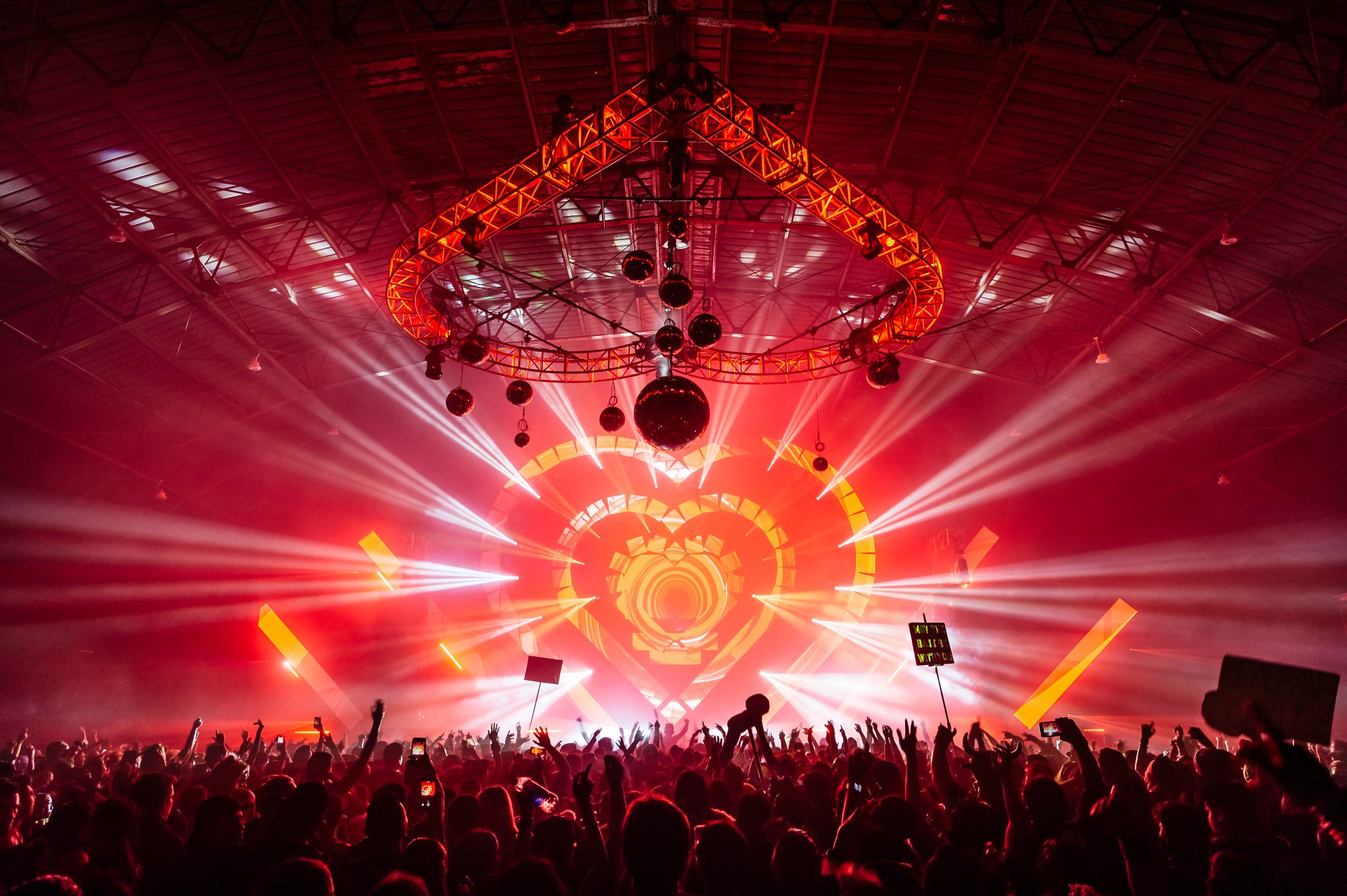 Drug testing is without question one of the best and easiest ways we can reduce harm at events. So why isn’t it happening everywhere?

This month has been a rough one for the rave community. At four separate festivals across the globe, a total of 12 people passed away from what many are assuming to be overdoses, even before conclusive information had surfaced.

The consequences of those deaths are already starting to take their toll. In Australia, where two people died at their edition of Defqon.1, the local governments are calling for a total ban on the event; Vietnam, where seven people died at the Trip to the Moon festival in Hanoi, has banned EDM events in its capital city entirely.

Here in the U.S., rumors of fentanyl-laced substances at Nocturnal Wonderland and Lost Lands spread like wildfire, casting a scary, almost targeted tone over the three combined deaths. While those rumors were unfounded, this epidemic hit home as warnings about fentanyl-laced cocaine were put out in San Diego after it took the life of three people the previous weekend.

Luckily, there is an answer. Unluckily, at least in the U.S., it might be illegal. That answer is drug testing.

If you haven’t heard of drug testing before, it’s pretty simple. Since the illegal drug market is unregulated, anything you buy has the potential to be cut with another drug or chemical. Someone might sell you a substance claiming that it’s MDMA, but instead it’s n-ethylpentylone, or PMA, or any of the thousands of other substances that are cheaper to produce and harsher on your brain (for real-life examples, check out this screener from Shambhala earlier this year and prepare to be horrified by what they find).

Drug testing entails using a kit containing different reagents that will react to whatever drug you apply it to. If it turns the right color, then you’re good, but if it turns a bad color, then you know that your drug isn’t what it says it is. Without drug testing, you have no idea what you’re going to get — and no idea if it’s laced with something deadlier that could lead to an overdose.

Testing sounds pretty great, right? DanceSafe thinks so, too. They’re a harm-reduction group focused on “promoting health and safety within the Electronic Music Community” that specializes in drug testing and drug education with local chapters all across the States. You can buy a testing kit off their website right now and check your drugs at home. I’d recommend buying a few; it’s the first step you can take to creating a safer environment for everyone.

But there’s a problem: for all the good that drug testing at home does, it’s nearly impossible to do it at festivals.

Many events just won’t allow it. We should be able to walk right into a drug testing booth at a festival and find out right then and there what’s in the substances we’re about to take. But at the majority of festivals within the U.S., we can’t. Lost Lands took some strides last weekend by including DanceSafe booths in their campgrounds, but refrained from holding them inside the venue itself, where the majority of the ravers were. So what’s stopping them?

We have the RAVE Act to thank for that.

The RAVE Act is a broad piece of legislation that is meant to punish business owners for profiting from illegal drug activity, such as using or dealing drugs, within their venues. While it does not explicitly call out drug testing and harm reduction services, the language of the statute is vague enough to scare aware the legal teams of most of the big promoters. It’s purposefully confusing, deeply flawed, and potentially deadly. Let’s learn about it, shall we?

In 2002, then-senator Joe Biden introduced the Reducing Americans’ Vulnerability to Ecstasy Act (see what he did there?) to the Senate floor, along with Chuck Grassley, Orrin Hatch, Joe Lieberman, and Strom Thurmond. Incensed by the “tens of thousands of young people […] initiated into the drug culture at ‘rave’ parties,” their bill sought to stop the “trafficking and use of ‘club drugs’” by the “many rave promoters [who] try to portray their events as alcohol-free parties that are safe places for young adults to go to dance with friends” but actually use “promotional fliers with slang terms for Ecstasy [to] send the opposite message to teenagers.”

The good news? The bill was a complete failure and never made it out of the Senate Judiciary Committee. The bad news? It became a law anyway when Biden retitled it the Illicit Drug Anti-Proliferation Act and included it as a rider (basically a free piece of legislation that doesn’t need to pass voter scrutiny) in a large bill. Despite opposition from the public and even fellow members of Congress, the IDAPA passed into law despite it never having a hearing or being voted upon.

So what does the IDAPA actually do?

What about it makes it so scary for legitimate promoters like Insomniac and Excision to include drug testing in their festivals? The original intention behind the bill was to target bad actors, who were pushing and profiting from the illegal drug trade within their events. Modern festivals and massives clearly aren’t that. So then what is it?

It all comes down to the legal terminology within the statute itself. Who’s ready to read some legalese!?

The statute is short, — two small paragraphs that make up 63 words in total — wordy, and confounding. It says that the government can now prosecute anyone who “manages or controls any place, whether permanently or temporarily, either as an owner, lessee, agent, employee, occupant, or mortgagee, and knowingly and intentionally rents, leases, profits from, or makes available for use, with or without compensation, the place for the purpose of unlawfully manufacturing, storing, distributing, or using a controlled substance.”

Yikes. It’s a mouthful. But let’s try to pick it apart, using Insomniac as an example. They “manage” EDC “temporarily” at the Las Vegas Speedway, probably as a “lessee,” and by including drug testing, one could argue that they “intentionally lease the place for the purpose of using a controlled substance.”

Despite their promise of a drug-free event, would including drug testing not prove that they condone the use of illegal substances within their space?

How can you have drug testing but still be zero tolerance? But then again, what does “for the purpose of” actually mean? Is Insomniac endorsing drug use by including testing? Or is it just providing a service to those they know will bring drugs in without condoning their use? These are all possible and potentially dangerous legal questions.

In fact, as Insomniac head honcho Pasquale Rotella put it during a Reddit AMA, “Some people view partnering with DanceSafe as endorsing drug use rather than keeping people safe, and that can prevent producers from getting locations and organizing events… when the DEA started going after innocent event producers under the Crack House Law [the law which the IDAPA expanded upon], having DanceSafe at an event was one of the things they looked at to justify putting them in jail for 20 years.”

Here’s the problem. In Joe Biden’s mind, the bill was not explicitly meant to target legitimate businesses who actually care about harm reduction.

He said multiple times that the bill was not meant to “ban dancing, kill the ‘rave scene’ or silence electronic music.” He even said that if promoters “operate such events […] as places for people to come dance in a safe, drug-free environment then they have nothing to fear from this law.”

But in the end, his intentions, however noble, mean nothing. What matters is the words written into law, those ill-defined words about “purpose,” and how they would be interpreted by hundreds of different judges in hundreds of different courtrooms, each with their different histories and biases all across America.

Even after fifteen years, there has been little movement on this law. Few cases have been prosecuted, and fewer precedents set. Nothing has been done to clarify its obtuse language. Its clauses are still dangerously vague, ready to conform to whatever anyone wants to use them for.

And in the eyes of those from outside the scene, including the insurers, the venue owners, and the local authorities — all of whom need to work together in concert with the event promoters to put on a show — drug testing can look like an endorsement of drug use, and not the preventative service that it is.

Outside of the U.S., where the IDAPA is nowhere to be found, things are a little rosier.

In Canada, major outreach program ANKORS has been doing drug testing at the utopian Shambhala festival for years, and this year was the first time that Bass Coast introduced testing as well. The U.K., too, has taken strides to include drug testing at its festivals and shows, and the results are already beginning to show. According to The Loop, a harm-reduction and drug-testing group based out of Britain, a full 40-45% of people decided to take less of their substance after getting it checked, and 10-15% discarded it entirely.

But inside the U.S., things need to change. While people are dying preventable deaths, a broken law is stopping promoters from taking the steps they need to save lives. Drug testing is the future, but at the moment it’s a future we’ll never reach — unless the laws change.

So what can you do today? The answer is to get — urg — political.

There’s only one way that the IDAPA will get amended, and it’s by making your voice heard. Go to AmendTheRaveAct and sign the petition to, well, amend the RAVE Act. Volunteer for DanceSafe and The Bunk Police and The Loop, learn how to drug test and do it before each festival, and spread the harm-reduction gospel. Get involved with the Drug Policy Alliance, a non-profit organization whose mission is to advance progressive policies focused on drugs and drug use throughout the States. Do your research. Talk to your friends. Call your representatives.

And maybe we can change raving for the better.

It can’t turn drug use into a 100% safe activity. There can always be a bad actor who ignores the safety warnings and takes too much, goes too far. But knowing what’s in the pill you’re about to take is an important next step toward saving lives. With drug testing, more than ever before, you can make smart, informed choices about your night.

Besides, isn’t raving all about having a good time, meeting good people, and creating good vibes? One of the best things that you can do to make that happen is drug testing. So let’s do it as a community. Let’s educate each other about harm reduction. Let’s call on our Congress to amend the IDAPA. And together, we can prevent the next 12 deaths from ever happening.