Monolink played a sold-out show at Marty’s on Newport in Orange County and the crowd danced all night long!

Multi-instrumentalist Steffen Linck, a.k.a. Monolink, performed his popular live performance at Marty’s on Newport in Tustin, California on September 8. Monolink has been busy touring all over the world this year playing live performances and DJ sets everywhere from Europe to Burning Man, and this show was actually his last performance before returning home to Germany the following day.

Marty’s on Newport is a small and intimate venue that has a dive bar feel to it. On one side, you have old-school diner booths lining the wall and a full-service bar and kitchen. The special that night was a buffalo chicken sandwich and wedge salad. While I did not order any food, it sure did smell good! The other side of the venue features a dance floor with a small stage where Monolink was set to perform.

I parked my car in the lot around 10:30 PM, and I honestly wasn’t sure if I was at the right venue. The sign above said Marty’s on Newport, but underneath also said karaoke and the music that was being played definitely didn’t fit the vibe for the night. It turned out that they were behind schedule and the opener didn’t go on until 11:10 (who was originally scheduled at 10:30). When I got inside, I was surprised at how many people were there already. Normally when I go to shows right when doors open, people don’t show up until an hour or two later.

Monolink took the stage around 12:10 AM and the dance floor was filled all the way to the bar by this time.

People were having a great time and were ready to be moved by his hypnotic beats. This was the third time I’ve seen him perform and I have to say it was my favorite one. He played some older tracks, new ones from the Amniotic album, and even some killer tracks I haven’t heard before.

His songs fluidly transitioned as they do on Amniotic. I personally love and admire when artists put the extra effort to make this happen. It makes a huge difference when each song blends to the next creating the illusion of a very long track. Towards the end of his performance, there were a lot of people dancing and partying on stage with him Desert Hearts style. In his own words: “it’s fucking hot up here.”

Despite a couple incidents when the sound cut off, he played an amazing show as always, and I’m happy I got to see him one last time before he goes back home. He will be continuing his tour with a full band for the first time which I really wish I could see! Who knows, maybe he will bring that back to the states someday.

Connect with Monolink on Social Media: 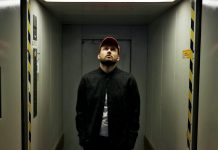 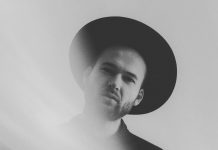 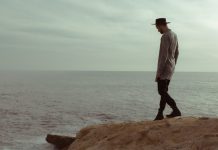 The Deluxe Version of Monolink’s ‘Amniotic’ Rearranged My Mind