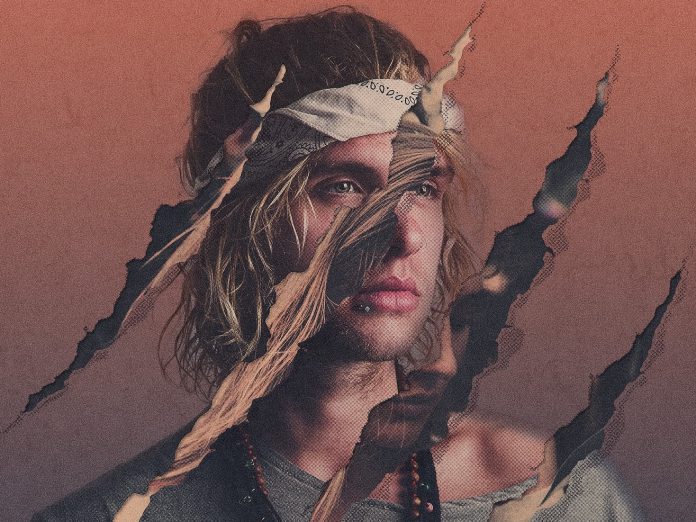 Rising star CVBZ gives us some insight into his recently released Rivers EP and how he battles writer’s block, along with a playlist to jam out to ahead of KAABOO in San Diego!

Electro-pop artist CVBZ has been rising through the ranks of the music scene at a rapid pace and has shown no signs of slowing down anytime soon. Originally hailing from Oregon but now calling Los Angeles his home, it was just last year that he dropped his debut single “Be Like You” on Ultra Music.

Most recently, he unleashed the five-track Rivers EP, allowing fans to soak up his unique electro-pop sound featured on tracks like “2 Gone” and “Hollywood”. Aside from his solo releases, CVBZ has also worked with notable names in the dance music scene with writing credits on The Chainsmokers’ track “Young” and performing with Cheat Codes and Fetty Wap on “Feels Great”.

Now entering the latter half of 2018, we reached out to CVBZ to get some insight on the Rivers EP, learn more about his back story, and find out his favorite spot to explore in Oregon. Listen to the playlist he compiled ahead of his performance at KAABOO in San Diego below and read on for our full chat with this rising star!

What was your original draw to creating electronic music, and who are some influences of yours as an artist?

I was drawn to electronic music because it was so much more accessible. I used to be In bands and stuff before, but back then you needed three to five guys to come together in a drummer’s garage— what if the drummer was an insufferable human? Then you have to put up with him for his garage? No, that won’t do. [Laughs]

Electronic music is more sonically expansive and provides a larger canvas to paint the picture of your story on. You have the utmost power to create without limits on a tiny computer screen or an iPhone, and that power should be explored by everyone.

Congratulations on your recently released EP, River! What was the development process like for this EP, was it something you had been working on previously and pulled together or was it done all in one go?

Thanks! The River EP was an amalgamation of a bunch of different songs from different phases of my life and my songwriting career. Some of these songs were two years old, and others were 2 months old. It’s like they say “an artist spends his whole life writing his first album,  and then hardly a year to write his second album”… that’s very much what’s going on here haha

If listeners were to take one message away from the River EP, what do you hope it would be?

I want people to hear my stories and think, “damn, I have literally been through that exact moment—well, not exact, you know, but pretty much the same shit…” And in that, my hope is that people will realize what I’ve come to realize: that there is no separation in subjective experience.

We all live one life that is woven together through shared experience to one degree or another, and the separation that we feel is just trick if the ego. I know most people don’t think along these lines, but hey— you asked for my “hopes” here! [Laughs]

You’re also dropping a music video to pair with “Contraband”. Can you speak to the support you’ve received so far on the track and the production of the video itself?

“Contraband” has shown to be the ‘runt’ of the litter, and that doesn’t surprise me at all. It’s a bit of a ‘vibier track’ and has gone pretty unnoticed. Typically, an artist’s approach to making a music video follows the numbers— the song that is doing the best earns a video— but I think the songs that need the biggest push should get the biggest push!

The video is coming together really nicely! My best buds Justin Kroger and Ryan Forsythe are helping me with the writing, budgeting, pre-production, and filming. At this point, we’re just looking for a leading lady! I’m not too picky about ‘who’ it is, as much as ‘how’ she makes the audience feel. I need a vixen that can be either loved or hated at the drop of a dime… if you know of anyone, hit me up!

Do you ever experience any writer’s block when crafting up songs, and if so, how do you overcome it?

Oh yes, unfortunately, I do! So there are days when the songs flow out of me effortlessly. In fact, some days I literally can’t escape the music. Every thought in my mind comes out in song form, which starts to feel like a curse.

But then I have lows… I’ve been on a month and a half writer’s block, where everything I’ve written starts to sound exactly like an old song— Hackenned lyrics, trite concepts, and boring or stolen melodies… it’s a real mess.

During these times, I never seem to be able to handle myself with grace as I should. Instead of accepting defeat and maturely realizing that inspiration is a gift and that writer’s block is the time that’s here to teach you reverence, appreciation, and respect for your gifts, I go kicking and screaming all the way down.

It’s hard because when you accept that the music you write is bigger than you, and you as a human are just a conduit for messages from a higher form, it’s really easy to feel powerless when shit’s not going your way. Maybe someday I’ll go through one of my dry spells with this kind of self-awareness, but for now, I just fold into existential meltdown.

You’ll be taking the stage at KAABOO in San Diego this month! What type of preparations do you make ahead of shows like this?

We sift through the set list and find the weak points from our last show, so we can illuminate or eliminate where needed. I have a bunch of friends coming to this one, so getting all of my guest list affairs and home rental details sorted is a big focus, so we can all have a good time!

Finally, fitness needs to become a bigger priority, as festival dates require the utmost physical presence. A lot of these people don’t know who you are, and they’ve just stumbled upon your set out of curiosity, so it’s the lead’s job to turn their curiosity into wonderment—through the art of dad-dance moves!

Who are three artists you constantly find yourself listening to?

Where is a dream venue that you would want to perform at in the future?

Hmm… well, fortunately, I got to play the Moda Center in Portland in June, which is the top Oregon venue anyone can play at, so from here on out, everything else is just extra.

I guess the Hollywood Bowl would be nice, or maybe the Super Bowl… I’m into bowls.

Finally, Oregon is known for some diverse climates and stunning landscapes, where is your favorite place in the state and why should we visit there?

I would say central Oregon for sure! It is a geographical wonderland: mountains, trees, rivers, and some of the best beer there is! It snows in the winter, stays hot and dry all summer, and is host to some of the best outdoor activities you could ask for all year-around!

If you go out that way, stay at BlackButte Ranch, and you’ll experience the high-desert-mountains as they were Intended— with peace and tranquility.

Connect with CVBZ on Social Media: 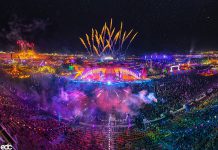 Treat Yourself to the Eclectic Sounds of cosmicMEADOW Before EDCLV 2022 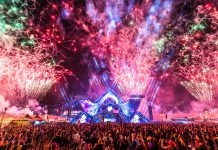